The threat level at the volcano had been raised in the week before Monday's disaster, prompting questions about whether tour groups should have been allowed to visit the popular destination off the North Island coast. 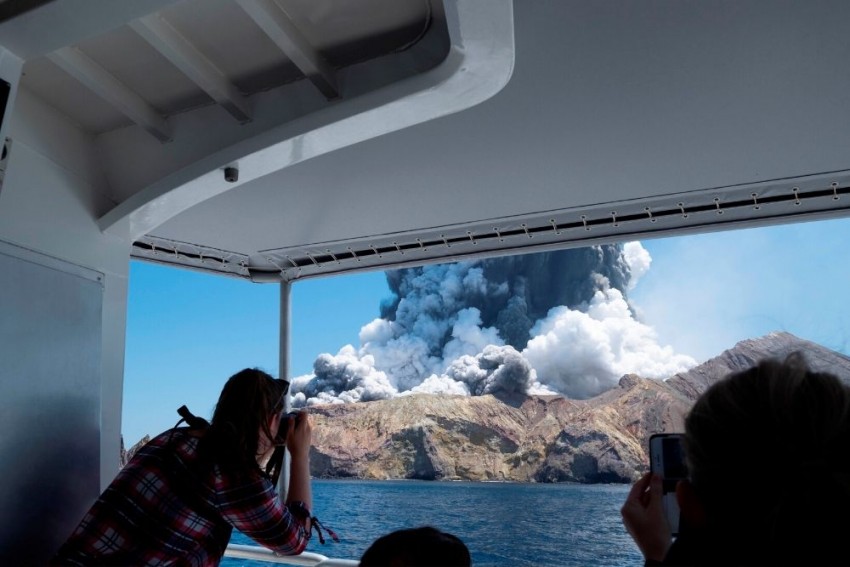 Tourists on a boat look at the eruption of the volcano on White Island, New Zealand. Unstable conditions continued to hamper rescue workers from searching for people missing and feared dead after the volcano off the New Zealand coast erupted in a towering blast of ash and scalding steam while dozens of tourists explored its moon-like surface.
AP Photo
AFP December 10, 2019 00:00 IST Police Open Criminal Probe Into New Zealand Volcano Deaths 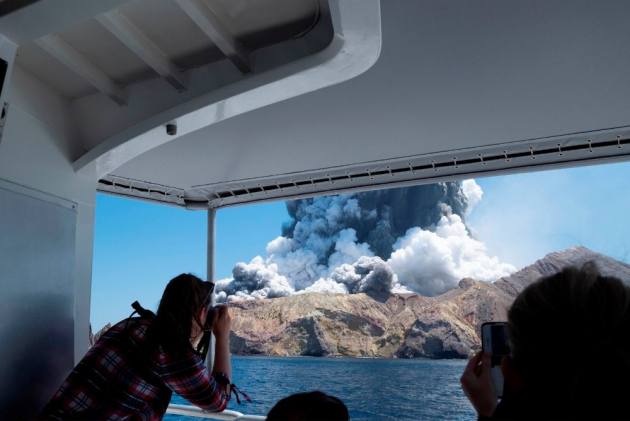 New Zealand police on Tuesday announced a criminal investigation to probe how an eruption at the White Island volcano led to an estimated 13 deaths.

The threat level at the volcano had been raised in the week before Monday's disaster, prompting questions about whether tour groups should have been allowed to visit the popular destination off the North Island coast.

"I can confirm now that we will commence a criminal investigation into the circumstances of the death and injuries on White Island," deputy commissioner John Tims told reporters in Wellington.

Police have confirmed five people were killed and another eight were missing presumed dead after New Zealand's most active volcano exploded while tourists were exploring it on Monday afternoon.

Tims did not specify the subject of the investigation or what charges could be laid, saying only that the terms of reference were still being developed.

He said the investigation would run parallel to a probe conducted by the workplace watchdog Work Safety New Zealand.

"We take our steer from (government geoscience agency) GNS, who send us a report telling us what the activity levels are, if it's deemed level two, which it was yesterday," chairman Paul Quinn told TVNZ.

Quinn said the company had taken visitors to White Island when the activity alert was at level two, which warns of "moderate to heightened volcanic unrest".

He said two of the company's guides were unaccounted for after the eruption.