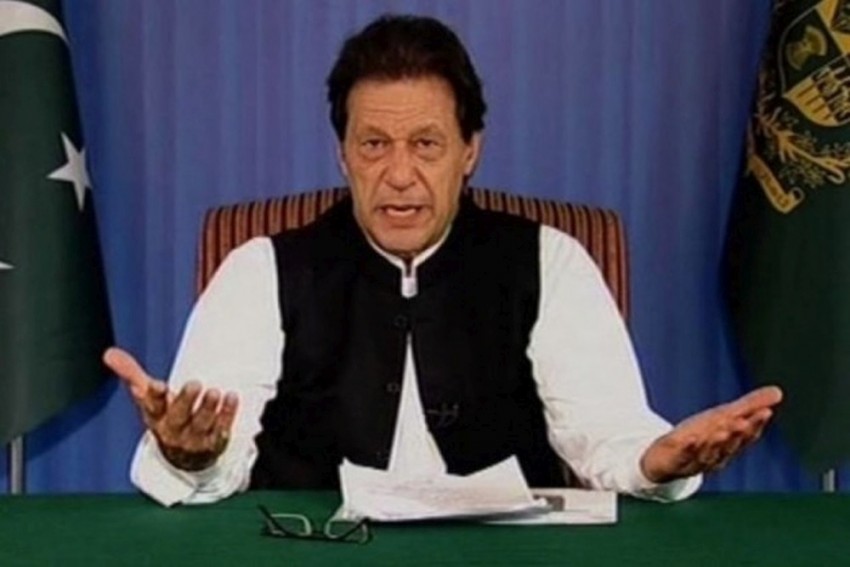 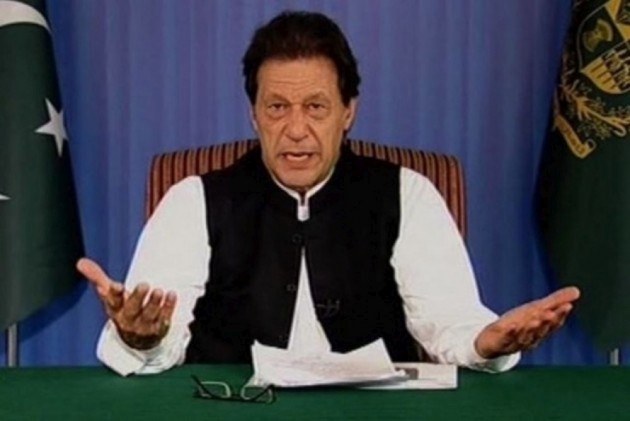 Pakistan Prime Minister Imran Khan did not meet a high-level Afghan Taliban delegation to discuss the revival of the stalled peace process in Afghanistan, his top aide said on Friday, dismissing reports of the meeting in the local and international media as "not true".

Geo News channel reported that Khan stressed the need for peace in Afghanistan and termed it as key to peace and stability in the region.

A BBC report said Army chief General Qamar Javed Bajwa was also present in the meeting between the delegation and Khan.

A government official also told PTI that the delegation members called on Khan and discussed bilateral and regional situation, especially the peace process in Afghanistan.

However, Special Assistant to the Prime Minister (SAPM) for Information Firdous Ashiq Awan tweeted that no such meeting took place.

"The Taliban delegation didn't call on the prime minister. All news published and aired in this regard is not true," she tweeted.

No more details of the meeting were provided.

The 12-member delegation arrived at Islamabadad on Wednesday on the first such trip to Pakistan.

The Afghan Taliban delegation's visit coincided with US special envoy to Afghanistan Zalmay Khalilzad who arrived in Pakistan days after he met Prime Minister Khan in New York, where he was to attend the UN General Assembly (UNGA) session, and exchanged views about renegotiating with the Taliban.

The US and the Taliban had agreed on draft peace plan, but the process was suspended by President Donald Trump following killing of an American soldier in Kabul last month in a suicide attack claimed by the Taliban.

Trump stunned the world when he suddenly declared that the Afghan peace talks with the Taliban were "dead".

He cancelled a secret meeting with the Taliban and Afghan President Ashraf Ghani at Camp David near Washington after the Taliban claimed responsibility for the attack in Kabul, in which an American soldier was among the dead.

Earlier, Taliban spokesman Suhail Shaheen announced on social media that the delegation's visit to Pakistan was aimed at putting the peace process back on track.

Shaheen said the team will hold discussions with the Pakistani officials on a range of key issues.

Mullah Baradar has travelled to China, Russia and Iran since the collapsing of peace talks with US last month.

Presidential elections were held in Afghanistan on September 28 and the winner will be announced next month.

Since his appointment in September last year, Afghanistan-born Khalilzad has met with all sides in an attempt to end America's longest war in which the US has lost over 2,400 soldiers in more than 17 years.

The Taliban control nearly half of Afghanistan, and are more powerful now than they were at any time since the 2001 US-led invasion after the 9/11 terror attacks.

The US has continued to push for a ceasefire in the war-torn country and the opening of negotiations between the Taliban and the Kabul government.

The Taliban, however, have repeatedly refused to meet with officials of the Afghan government, whom they dismiss as "puppets".

During the talks held in January, the Taliban signalled their seriousness by appointing Baradar as their chief peace negotiator.

Baradar, one of the four top commanders who formed the Taliban in 1994, was released from jail last year by the Pakistan government. He is believed to be the highest ranking Afghan Taliban prisoner freed so far.

He held several senior positions in the Taliban government before its fall in 2001 and once considered the most influential Taliban leader after Mullah Muhammad Omar.