Nobody believes that the Taliban has changed. They are as violent as before, despite the fond hopes of some that this is not the Taliban of Mullah Omar, Kabul-based journalist Asad Kosha says. 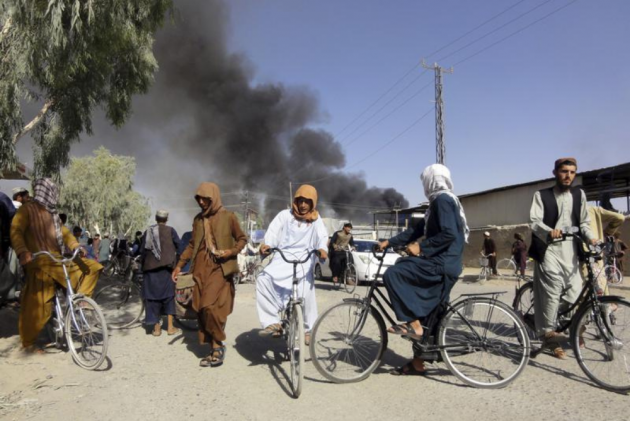 Fear is palpable. It is everywhere, clinging to you. It is in people’s faces, in their nervous movements, whether in the neighbourhood street corner or the crowded bazaars of the city, in the drawing rooms of the well to do as well as in the slums where people are gathered in small clusters watching the news on their mobile phones.

In Kabul, people are terrified. Videos are circulating of what the Taliban is doing in places they have captured. The thought in everyone’s mind is, "this could also be my fate when they come into the city".  Reports, pictures and videos of torture are circulating, rumours of the beheading of soldiers and other horrors are flooding our minds. It is all so savage and brutal and scary.

Now after 20-years of a free society, will we have these brutes take over? For many of us, this is a nightmare we never imagined. I am luckier than most others. I am alone in Kabul. My immediate family and close relatives are abroad. But I see the condition of my friends and colleagues who have wives, children, parents, and extended family all living in the country. My women friends are especially mortified. They know well that their careers and their studies would be severely affected. None of us believes that the Taliban has changed. They have not, despite the fond hopes of some people that this is not the Taliban of Mullah Omar. We don’t buy into the narrative that times have changed and so have the Taliban. In Doha, the Taliban sing a different tune to the international community. But on the ground in Afghanistan, they are a carbon copy of their past avatar.

No one thought the government was so unprepared. When we spoke to government sources and ministers they exuded confidence that the Afghan National Defence and Security Forces (ANDSF) are in a position to defend the cities. And citizens backed the government. In Herat when the Taliban was initially repulsed, citizens came out to the streets and rooftops shouting Allahu Akbar. After the attack on the defence minister’s residence in Kabul, when the security forces and police were able to destroy the Taliban squad, there were again cries of Allahu Akbar across Kabul.

None of us imagined that the ANDSF would cave in like this. A group of us met former president Hamid Karzai a few days ago. We also met some senior security officers. They said that Kabul would be defended. It will not be a walkover for the Taliban. They looked confident. They had also said that the ANDSF would fight back in Ghazni. But look what happened. Their confidence was at one time reassuring, but looking at the ground situation, where cities are falling like nine-pins, how can we believe them? The security situation is dire. The Taliban have overrun not just the countryside but cities. Kunduz, Herat Ghazni, Nimroz, Farah, Ghor, Badghis one after the other the cities are gone. Intense fighting is reported from Kandahar. So far 17 of Afghanistan’s 34 major provincial capitals are under Taliban control. Heavy clashes are underway in the centre of Logar province, which is south of Kabul.  At this rate, the Taliban will be in Kabul very soon.

While most people in the cities are anti-Taliban and do not want to give up the freedom they enjoyed for 20-years, there are some sections of Pashtuns in the city waiting to welcome and celebrate the Taliban’s victory. Last evening as the news of Ghazni falling to the Taliban came in, there was celebratory firing not far from my neighbourhood. When the Taliban reaches Kabul, these people will begin fighting for them and pointing out those who have collaborated with the government. I shudder to think what will happen to these people.

As Told To Seema Guha by Asad Kosha, Chief Editor at the daily Kabul Now.