Imran Khan said the number of coronavirus cases were increasing in cities where the opposition-held rallies. 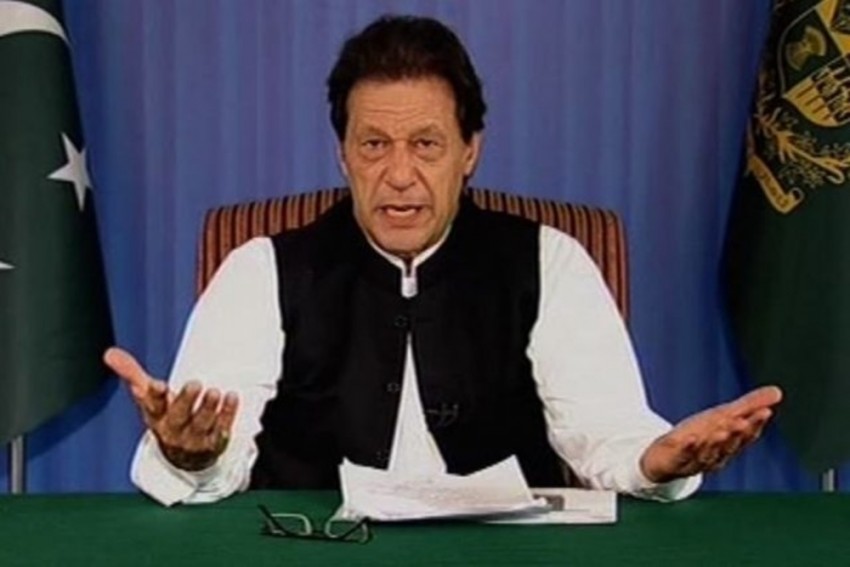 The Pakistan Democratic Movement (PDM), an alliance of 11 Opposition parties, is scheduled to hold its next protest rally in Lahore on December 13.

Khan, in a televised address to the country, after chairing a high-level meeting on the COVID-19 situation on Thursday, said the number of coronavirus cases were increasing in cities where the opposition-held rallies.

He said 64 per cent of the hospital beds for coronavirus patients were occupied in Multan, where the PDM held a rally on November 30.

"When people gather, the virus spreads. There is a timeline, approximately, a week or ten days after, you begin seeing patients at hospitals,” he said.

Khan said, similarly, 40 per cent beds were occupied in Peshawar where the opposition rally was held on Nov 22.

Following the December 13 rally, the PDM plans to march to Islamabad to oust the "puppet regime" of Imran Khan.

Talking about the overall situation at hospitals, Khan said the national average of COVID-19 beds currently occupied was approximately 40 per cent and added that the hospitals would be overwhelmed in case the current trend continued.

Khan urged the people to wear masks and follow other guidelines before it was too late, while asking the opposition to stop political agitation as it would not take them nowhere except increase the number of COVID-19 patients.

He said the threat of coronavirus had increased due to winter when people live in closed places.

The warning came as the number of coronavirus cases reached 429,280 after 3,138 news cases were detected in the last one day, according to the Ministry of National Health Services on Thursday.

The ministry reported that 56 more patients died, taking the number of deaths to 8,603. Another 2,575 were in critical condition. However, 374,301 people have so far recovered.

Separately, Foreign Office spokesman Zahid Hafeez Chaudhri said at a weekly briefing that Pakistan was committed to timely procurement of the COVID-19 vaccine while keeping in mind the efficacy of vaccine and price compatibility.

"We are in contact with multiple sources in this regard. We have also received a proposal from Russia, which has been forwarded to the Ministry of National Health Services, Regulations and Coordination, for examination," he said.