Netanyahu's campaign has focused on bringing out his close chemistry with the world leaders and trying to project him as a leader of unmatched stature in Israeli politics which is crucial for the country's security. 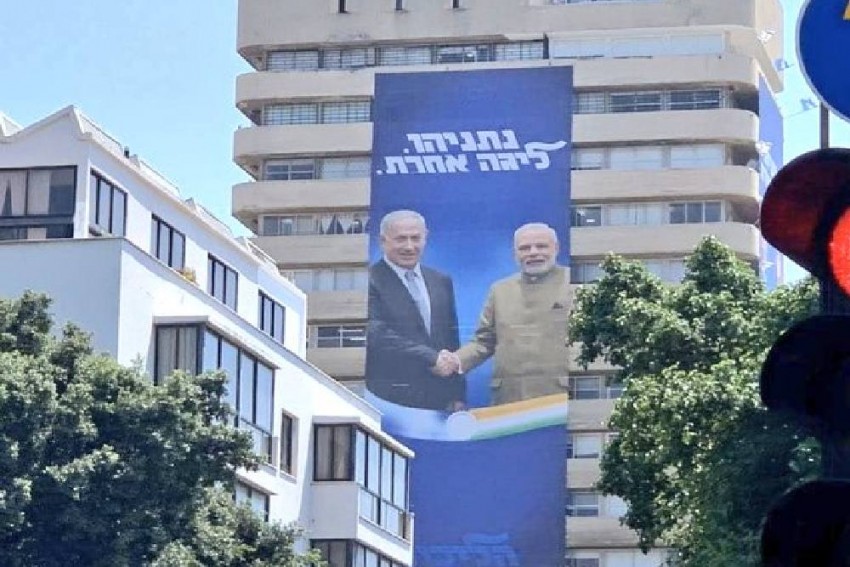 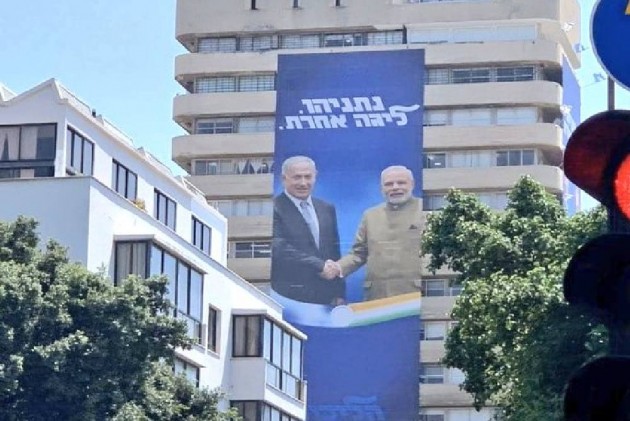 Ahead of an unprecedented snap polls on September 17, Israeli Prime Minister Benjamin Netanyahu's Likud Party has put banners featuring his pictures with his Indian counterpart Narendra Modi, US President Donald Trump and Russian President Vladimir Putin to lure support by presenting him in a "different league".

Netanyahu's campaign has focused on bringing out his close chemistry with the world leaders and trying to project him as a leader of unmatched stature in Israeli politics which is crucial for the country's security.

The Israeli Premier will be travelling to India on a day-long visit on September 9 to meet Modi, just eight days before the repeat polls in the Jewish state, in what some political analysts feel is a photo-op to project his acceptance worldwide and prop up his campaign just before the polls.

Ha’aretz columnist Yossi Verter, in an opinion piece, 'Netanyahu’s Out of Luck, but He’s Hoping a Photo-op With India’s Modi Will Help', recently argued that Netanyahu, who’s fighting for his personal survival ahead of a hearing before the state prosecution on several graft cases, must find a way to bounce back.

He wrote that that the Prime Minister's Office in Jerusalem is said to have reached out to their counterparts in New Delhi and requested for an invitation.

Verter also pointed out how Netanyahu used his closeness with Trump and Putin to "win favours" to boost his campaign before the polls on April 9.

Israeli lawmakers in May voted 74-45 in favour of dissolving the 21st Knesset (Parliament) and hold an unprecedented re-elections on September 17 after Netanyahu failed to form a coalition government after the April 9 polls.

Trump and Putin had announced major concessions for Israel to support Netanyahu's campaign which some analysts saw as an attempt to intervene in Israeli elections.

Netanyahu had in fact tried to also meet Modi before the April 9 polls but it did not work out due to scheduling issues.

Informed sources told PTI that the first request for an invitation for Netanyahu to visit New Delhi was made in January during the visit of Israeli National Security Adviser Meir Ben-Sabbath to India. The two leaders were scheduled to meet on February 11 before the elections in Israel but Netanyahu called off his trip to New Delhi due to other engagements.

The efforts regarding the visit were renewed after the Israeli parliament was dissolved and fresh elections announced.

Netanyahu visited India in January 2018, while Modi travelled to Tel Aviv in 2017, becoming the first Indian prime minister to tour the Jewish state, where Netanyahu received him at the airport.

A picture of two of them strolling barefoot at the Olga beach in northern Israel during Modi’s visit to the country in 2017 created waves with talks of ‘bromance’ in Israel.

The close chemistry between the two leaders has been often discussed in the Israeli press.