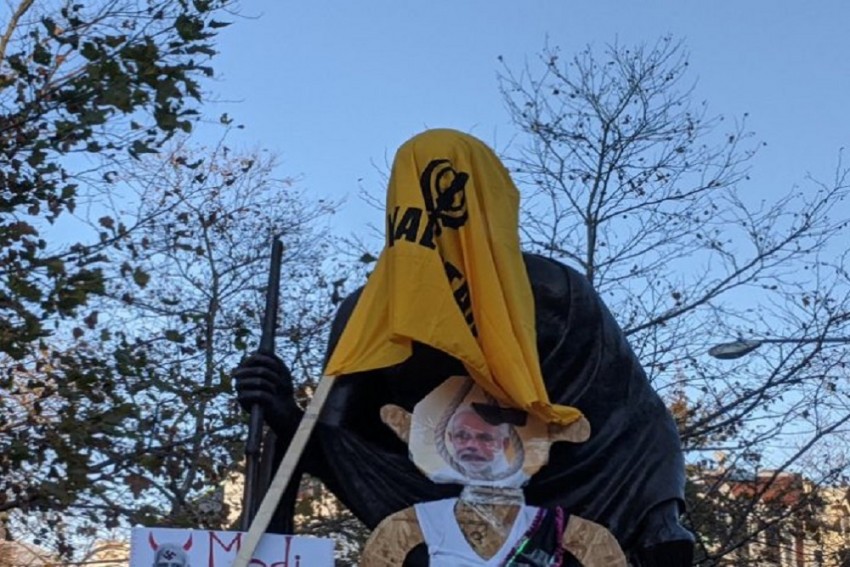 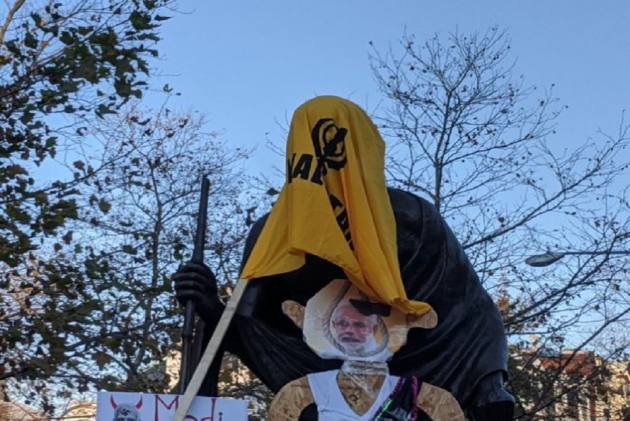 White House Press Secretary Kayleigh McEnany has described as "appalling" the desecration of Mahatma Gandhi's statue outside the Indian embassy here and said his reputation should be respected, especially in the US capital.

A violent group of Khalistani separatists on Saturday desecrated Mahatma Gandhi's statue outside the Indian embassy in Washington during a demonstration by Sikh-American youths in support of farmers protesting against the recently enacted agriculture laws in India.

Responding to a question about the incident during a press conference, McEnany said, "It's terrible. No statue or memorial should be desecrated and certainly not one like that of Gandhi who really fought for the values that America represents of peace, justice, and freedom."

"It is appalling that it has happened more than once and we believe the reputation of Mahatma Gandhi should be respected, especially here in America's capital," she said.

A State Department spokesperson said on Tuesday that they were aware of recent protests in front of the Indian Embassy in Washington DC.

"We take our responsibility to provide for the safety and security of foreign missions in the US very seriously and are discussing the recent incident with the Indian Embassy," the spokesperson said.

Hundreds of Sikhs from in and around Greater Washington DC area, Maryland and Virginia, along with many from other states like New York, New Jersey, Pennsylvania, Indiana, Ohio and North Carolina, on Saturday undertook a car rally to the Indian embassy in downtown Washington DC, where they gathered to express solidarity with the protesting Indian farmers.

However, the peaceful protest was soon hijacked by the separatist Sikhs who were carrying Khalistani flags with anti-India posters and banners.

During the protest, many of the pro-Khalistan Sikh youths flashing kirpans jumped on the statue of Mahatma Gandhi and pasted a poster over it. The group raised anti-India and pro-Khalistan slogans.

The Indian embassy condemned the "mischievous act" by hooligans masquerading as protesters.

"The statue of Mahatma Gandhi at the Mahatma Gandhi Memorial Plaza in front of the embassy was defaced by Khalistani elements on 12 December 2020. The Embassy strongly condemns this mischievous act by hooligans masquerading as protesters against the universally respected icon of peace and justice," it said in a statement.

The embassy said it has lodged a strong protest with the US law enforcement agencies and also taken up the matter with the Department of State for an early investigation and action against the culprits under the applicable law.

The statue of Mahatma Gandhi was unveiled by then-Prime Minister Atal Bihari Vajpayee in the presence of then US president Bill Clinton on September 16, 2000, after the US Congress passed a law in 1998.

This is for the second time that Gandhi's statue has been desecrated by miscreants this year.

The first such incident was reported on the intervening night of June 2 and 3 when unknown miscreants vandalised his statue outside the Indian embassy in the US with graffiti and spray painting, prompting the mission to register a complaint with the local law enforcement agencies.

Vandalism of the statue of the apostle of peace happened during the week of nationwide protests against the custodial killing of African-American George Floyd in Minneapolis on May 25.

Moderna’s Covid-19 Vaccine Highly Protective, Likely To Be Approved For Use In US: Reports