The minimum residency period for citizenship is proposed to be reduced from the existing 12 years under the present law to seven years. 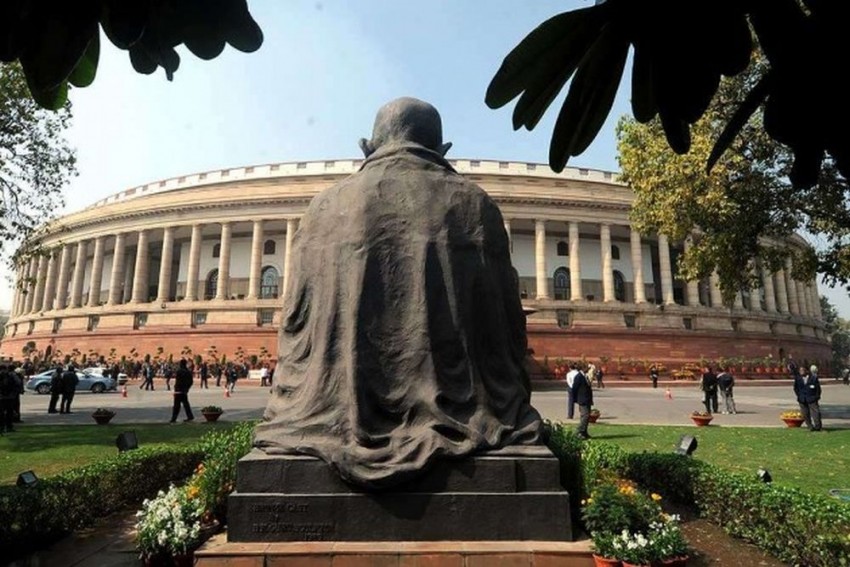 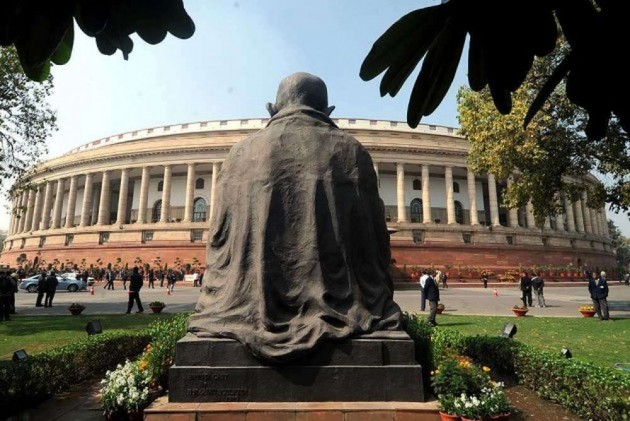 A bill seeking to provide Indian citizenship to non-Muslims from Bangaldesh, Pakistan and
Afghanistan was passed by the Lok Sabha on Tuesday.

Piloting the contentious Citizenship (Amendment) Bill 2019, Home Minister Rajnath Singh told the Opposition that the bill was not against the provisions of the Constitution and would give succour to persecuted minorities in the three neighbouring countries.

The Bill provides for according Indian citizenship to the the Hindus, Jains, Christians, Sikhs, Buddhists and Parsis from Bangladesh, Pakistan and Afghanistan after six years of residence in India instead of 12 years currently even if they do not possess any document.

"They have no place to go to, except India," he said, adding several leaders including first Prime Minister Jawaharlal Nehru were in favour of giving shelter to persecuted minorities in the neighouring countries.

He said although Indian leaders signed pacts with leaders of Pakistan and Bangaladesh for protection of minorities but unfortunately it had not happened.

Even former Prime Minister Manmohan Singh while speaking as leader of opposition in the Rajya Sabha had asked the then BJP-led government to be more liberal in dealing with the
issue of persecuted minorities in Bangaladesh, the minister said.

Rejecting the contention that bill sought to discriminate people on the basis of religion, Singh said "anyone eligible under the provisions under the law will be accorded citizenship".

Seeking to assuage the concerns in the Northeast, which saw an 11-hour bandh on Tuesday against the legislation, Singh said the proposed law will not be confined to Assam alone.

"The burden of those persecuted migrants will be shared by the whole country. Assam alone should not have to bear the entire burden. Government of India is committed to give all help to the State Government and people of Assam," he said.

It may be recalled, that the BJP appears to have been isolated over the issue. The Asom Gana Parishad (AGP), a partner in the BJP-led Assam government, broke up with the saffron party while the NDA allies, the Shiv Sena and the JD (U), have opposed this legislation.

Mizoram and Meghalaya governments have opposed the bill by adopting resolution against it in their respective cabinet meetings.

The Union Cabinet's decision can been seen as a balancing act by the central government to strong opposition to the bill in Assam.

According to the Home Minister:"At the same time, full safeguards will be provided to protect the interests, rights and privileges of existing Scheduled Tribes of Assam.

"A separate Bill will be brought to grant ST status to Bodo Kacharis living in the Hill districts of Assam and Karbis in the plains. Sixth Schedule of the Constitution is also proposed to be amended to strengthen the Autonomous District Councils," he said.

Singh said the migrants - Hindus, Jains, Christians, Sikhs, Buddhists and Parsis - were earlier given protection against legal action in 2015 and 2016.

"Long term visa provision was made for them. The amendment will make these persecuted migrants eligible to apply for citizenship," he said.

Singh said citizenship will be given to them only after due scrutiny and recommendation of district authorities and the state government.

The legislation also seeks to provide relief to persecuted migrants who have come through western borders of the country to states like Gujarat, Rajasthan, Delhi, Madhya Pradesh and other states, the Home Minister said.

The bill will apply to all States and Union Territories of the country and the beneficiaries of Citizenship Amendment Bill will be able to reside in any state of the country.

The bill was originally introduced in 2016 and was later sent to the JPC, which submitted its report on Monday.

On the basis of the recommendations of the JPC, a fresh bill was introduced on Tuesday.

Opposition parties have raised objections to the bill.

The Congress said many states have opposed the bill and it should be sent to a select committee. As the government did not heed to the demand, the Congress staged a walkout.

TMC's Saugata Roy dubbed the bill as "divisive" and "insidious" that goes against the basic tenents of the constitution.

"This is the worst form of vote-bank politics", Roy said.

The Bill was also opposed by P R Kunhalikutty (IUML), Jayprakash Narayan Yadav (RJD) and Asaduddin Owaisi (AIMIM) who all contended that it was against the Constitution.