Jeffrey Epstein, a convicted sex offender, who befriended many celebrities and politicians, was found dead in jail on Saturday from an apparent suicide, as he awaited trial on federal charges that he trafficked underage girls for sex. 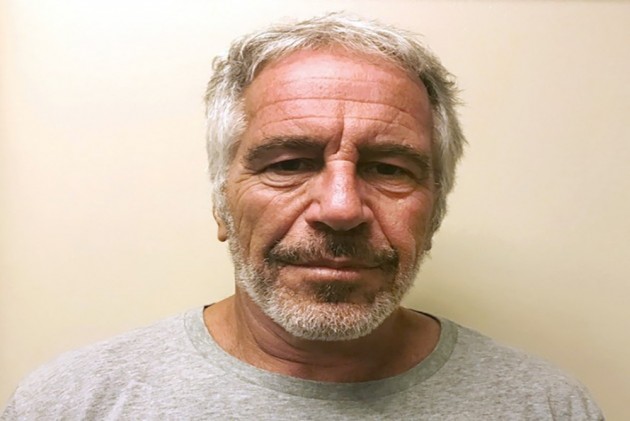 An autopsy of disgraced financier Jeffrey Epstein found broken bones in his neck, US media reported on Thursday, as New York's medical examiner said the cause of death required further study.

Epstein, a convicted sex offender, who befriended many celebrities and politicians, was found dead in jail on Saturday from an apparent suicide, as he awaited trial on federal charges that he trafficked underage girls for sex.

Preliminary findings from the autopsy showed the 66-year-old had multiple broken bones in his neck, including the hyoid bone near his Adam's apple, according The Washington Post and The New York Times.

Autopsy of Jeffrey Epstein Performed, But Details Yet to be Released

They cited sources familiar with the post mortem examination.

The newspapers also quoted experts as saying that a hyoid fracture can occur in victims of suicide, particularly older ones. They also said it can be found in incidents of strangulation.

The office of New York City's chief medical examiner, which conducted the autopsy, said it was too early to confirm exactly how Epstein died.

"In all forensic investigations, all information must be synthesized to determine the cause and manner of death," it said in a statement carried by US media Thursday.

"Everything must be consistent; no single finding can be evaluated in a vacuum," it added, saying the case of death was "pending further study."

According to prosecutors, Epstein sexually exploited dozens of teens, some as young as 14, at his homes in Manhattan and Florida, between 2002 and 2005.

He denied the charges but faced up to 45 years in jail if found guilty.

The FBI and Justice Department is investigating how America's most high-profile inmate apparently managed to take his own life just weeks after an earlier reported suicide attempt.

The warden of the Metropolitan Correctional Centre has been temporarily reassigned and two guards put on administrative leave pending an investigation. They guards were reportedly asleep when they should have been checking on Epstein.

Epstein's death came a day after a court released documents in which an alleged victim said he used her as a "sex slave" and that she was forced to have sex with well-known politicians and businessmen.

Prosecutors have pledged to pursue cases against anyone else involved in Epstein's alleged crimes.