Indians And I Have Always Been Natural Friends: Jeffrey Archer

The bestseller author has a loyal following in India over the decades with his many books, including 'Kane and Abel', 'The Fourth Estate' 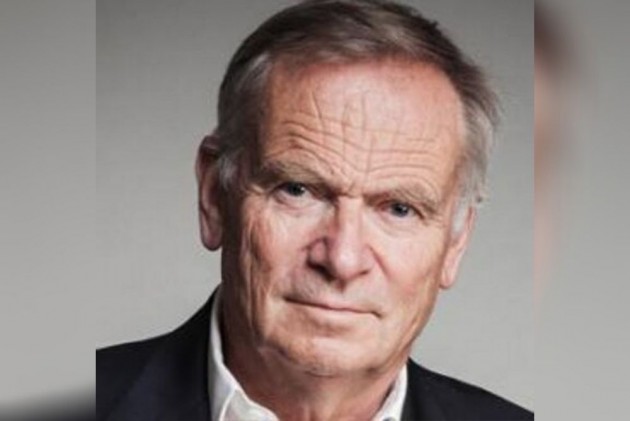 It is a question many of his “big” author friends have asked but Jeffrey Archer, one of the most widely read writers in English, says he doesn’t know why his books sell in millions in India and just feels lucky that they do.

The bestseller author, who has developed a loyal following in India over the decades with his many books, including “Kane and Abel”, “The Fourth Estate” and “The Clifton Chronicles” series, said Indians and he have just been “natural friends”.

"Big author friends of mine say 'Why do you sell millions in India?' I still can't honestly answer that question. When I came to the Jaipur book festival (in 2019), 7,500 people came to hear me speak. I was absolutely staggered. It was like a concert.

"So the answer to your question is, I don't know the answer. But I'm so lucky that so many millions of people in India read me... Indians and I have always been natural friends," Archer told PTI in a phone interview from London.

The British writer, a member of the House of Lords, shares his love for India, cricket and R K Narayan, his favourite Indian author, but steers clear of writing about the country.

The closest Archer has come to writing about India is in "Clifton Chronicles" where one of the major characters is an Indian. Writing about India, he said, should be left to Indians as everybody should stick to the territory they know and understand.

"No better example than the great R K Narayan. I think 'Malgudi Days' is a work of genius. But then he writes about a tax collector in a small village. In theory, that would bore most people… He's such a brilliant writer that you've got to turn the page,” Archer, who was part of this year’s TATA Literature Live, said.

The coronavirus pandemic has taken a toll on everyone but that can be an opportunity for a writer to continue writing and that's what Archer did by finishing a book during the 146 days of the lockdown in Cambridge.

Describing the spread of the virus as "one of the most terrible times in world history", Archer said one should, if possible, spend the time "creatively".

“Of course, I understand that some people have had a terrible time. I have a friend who owns a small restaurant, and he's had to close it. I have a friend who runs an art gallery and he is desperate because he can't even break even. So, I do understand that for some people this has been the most awful time, but for others, they should take advantage of the creative period," he said.

The 80-year-old author's disciplined routine can be credited for the many books he has been able to write in his career. The last book he completed, Archer said, went through 14 drafts.

"Sometimes it will be 10 drafts, sometimes it's 15 or 16. The last book was 14 drafts," he said, adding that writers should follow the routine that best suits them.

"I like getting up at 5.30 in the morning and starting to work at six for two hours," he said, giving details about his writing routine that would be hard for many to follow.

"If you're a budding writer, you must do what suits you. My wife for example, I am a lark, she is an owl. She likes working late at night, she can work from 10 o'clock until midnight. I can't, I plan to sleep by then."

If something looks easy, that doesn't mean it is easy, he said.

"I work very hard to read the 14 drafts. You don't see the 1,000 hours I put into a book. The easier it looks when it's written, probably displays how hard it's been to write," he said.

According to Archer, writing as a craft can be improved with practice but "storytelling is a gift", like being an opera singer, a violinist or a painter.

"You can get better at it, you can be a better craftsman but the initial gift is god given. You can't say, when I grow up I want to be a storyteller. You're either a storyteller or you aren't."

As far as publishing is concerned, Archer believes in not losing hope if one is confident in one's talent.

"My first book 'Not a Penny More, Not a Penny Less' was turned down by 17 publishers. Everybody turned it down as they did with J K Rowling. So you've just got to struggle on. If I'd given up, I'd never gone to 17. It wasn't until years later, three or four years later, when I wrote 'Kane and Abel', which is now being read by 100 million people," Archer said.

Looking back at his career as an author, Archer said he has been very lucky to have led an interesting life that includes a career in politics, an interest in sports, arts and charity.

"I think I've been very lucky, and very privileged and interesting life, which has consisted of working in politics, the privilege of working for 11 years for (British prime ministers) Margaret Thatcher, seven years for John Major. And also my love of art, my love of sports and my love of charity...

"I've had a very full and varied life. I think that helps when you're writing a book, you can bring to the book the knowledge of different fields and ideas. And maybe that's the reason I've been able to go on for so long," he said.