A French priest was sentenced to five years in jail on Friday for sexually assaulting four young female parishioners, one of whom was just nine when the offences started. 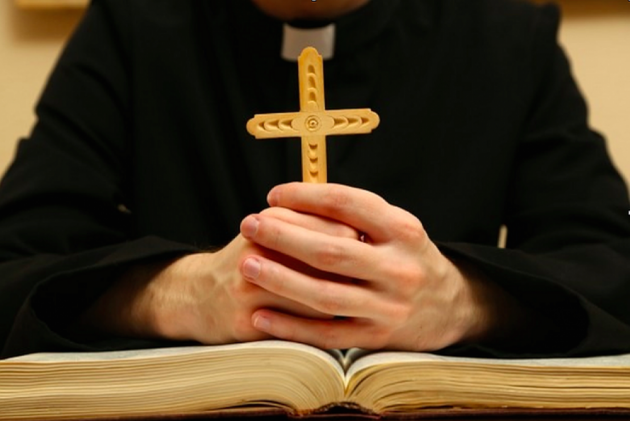 A French priest was sentenced to five years in jail on Friday, two without parole, for sexually assaulting four young female parishioners, one of whom was just nine when the offences started and embezzling 100,000 euros (USD 115,000) to pay one of his victims.

The trial was held behind closed doors at Colmar Criminal Court, in northeast France, which publicly announced the sentence late on Friday.

The 60-year-old cleric, who will have to spend at least two years behind bars and be under restrictions for the rest of his term, could have faced up to 10 years in prison.

The priest will also have to undergo psychological treatment, which he has already started, according to his lawyers.

Under the judgement, he is forbidden from contacting his victims or any activity involving minors. He is also barred from staying in the Alsace region, where the offences were committed.

His sentence was lighter than that sought by the public prosecutor, who had asked for four years in prison followed by three years under a supervision order.

The trial was held behind closed doors at the request of three of the four victims, who were minors at the start of the offences, the youngest just nine.

The priest, who was remanded in custody for three months at the start of the case in September 2016, "bitterly regrets the crimes that he has acknowledged (...) and offers his apology to the victims and to people (...) injured by such intolerable acts," his lawyer Thierry Moser said in a statement.

He had admitted to having diverted more than 100,000 euros in money destined for the Church and transferred it to one of the victims, then an adult, in exchange for sexual favours.

In total, he paid her more than 240,000 euros, including a portion of his personal wealth.

The victim, now 29, had been charged with "concealment of breach of trust" but was released after the court found there was insufficient evidence to prove she knew the source of the money.

France's Catholic Church has been roiled in recent years by claims against priests who have come to light in the wake of a global move by victims of abuse to come forward with evidence.