In another lead article, the fake Washington Post claimed that there has been a worldwide celebrations, including New Delhi, on Trump leaving the White House. 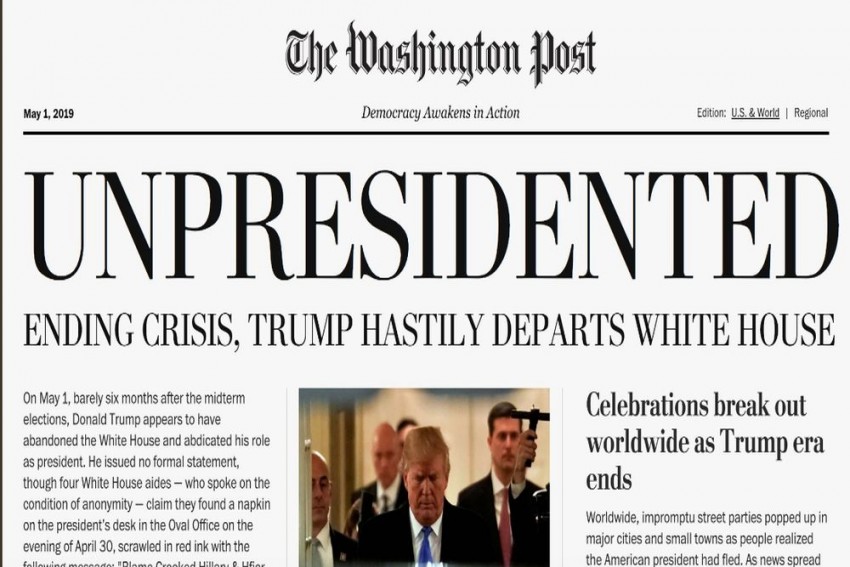 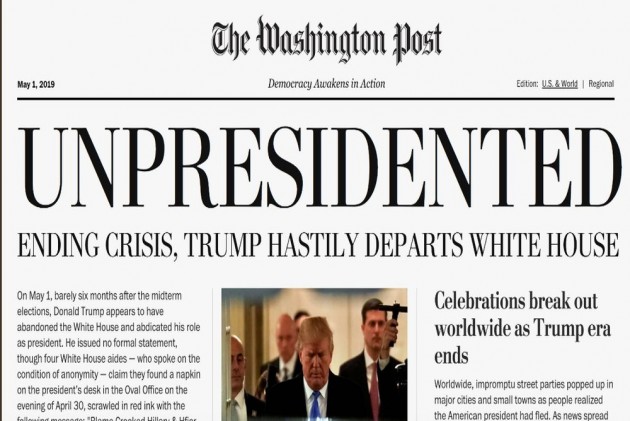 Fake editions of The Washington Post claiming that President Donald Trump has resigned was distributed freely on Wednesday across downtown Washington DC including near and around the White House.

"Grab this special edition of The Washington Post. This is free. You will never get this," a middle-aged lady told PTI outside the White House on the corner of 17th and Pennsylvania Avenue.

She had a stack of newspaper in blue plastic bag and distributing it to passers by and office goers.

The Washington Post, which has been often described as fake news media by President Trump, was quick to dismiss the newspaper.

According to the lead story of the fake newspaper, authored by one Lisa Chung, Trump abandoned the White House on April 30, 2019.

"He (Trump) issued no formal statement, though four White House sides – who spoke on condition of anonymity – claim that they found a napkin on the president’s desk in the Oval Office on the evening of April 30, scrawled in red ink with the following message: 'Blame Crooked Hillary and Hfior and the Fake News Media," the fake edition claimed.

In another lead article, the fake Washington Post claimed that there has been a worldwide celebrations, including New Delhi, on Trump leaving the White House.

"Vice President Mike Pence took the oath of presidency in the bible of his grandmother, at his hurried swearing in," said another article. Several names of reporters in this fake special edition of the newspaper were that of Indian Americans – Haritha Jadeja and Susan Patel. One of the article was attributed to the Associated Press.

According to the last page of the 'Bye Bye' supplement attached with the newspaper, it has been edited by one L A Kauffman, designed by Cristine Fleming from The Public Society and developed in collaboration with Onenesha Roychoudhuri and Jacques Servin.

The White House did not immediately respond to a comment on this fake newspaper, which comes amidst an unprecedented partial government shutdown.