The rocket, carrying the core module for China’s Tiangong Space Station, blasted off from the Wenchang Spacecraft Launch Site on the southern island province of Hainan on April 29. 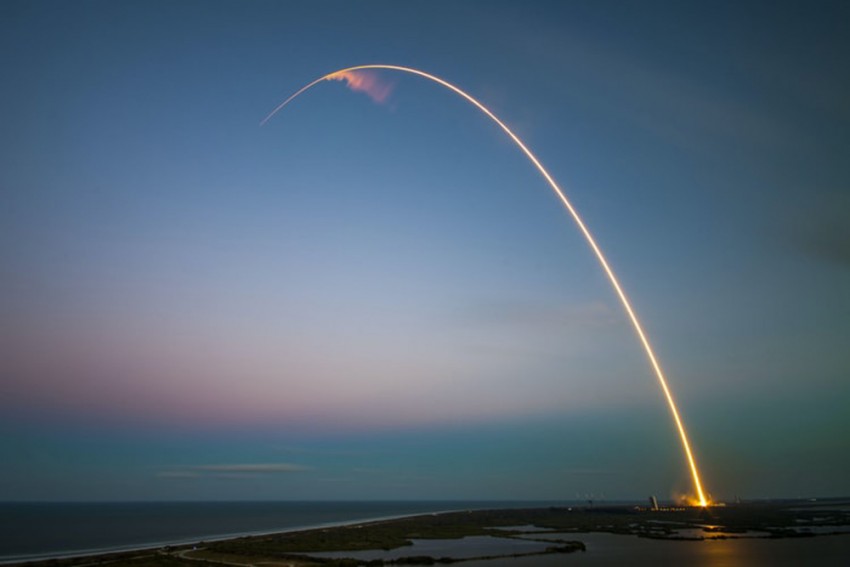 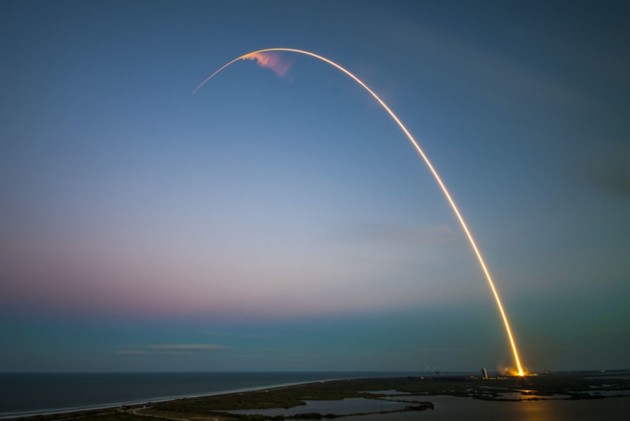 Debris of China’s Long March 5B-rocket crashed into the Indian Ocean near the Maldives on Sunday.

The core of the Chinese Long March 5B rocket carried the "core module" of the country's space station into low Earth orbit last week. But after that mission was completed, the rocket lost control and began plunging towards Earth.

While most space debris burn in the atmosphere, the 5B-rocket's huge size -- 22 tonnes – caused parts of its debris to crash on Earth.

The rocket, carrying the core module for China’s Tiangong Space Station, blasted off from the Wenchang Spacecraft Launch Site on the southern island province of Hainan on April 29.

The large rocket stage that de-orbited was more than 33 metres (108 feet) tall and weighed more than 20 tonnes, making it the sixth largest object to re-enter the Earth’s atmosphere, according to the Aerospace Corporation, a federally funded research organisation based in California.

Very little of the rocket stage’s mass survived re-entry, however, with the majority having burned up as it entered the Earth’s dense atmosphere at a speed of about 8km (five miles) per second, the Post report said.

Earlier, the Pentagon said on Tuesday that it was tracking a large Chinese rocket that is out of control and set to re-enter earth's atmosphere this weekend.

Chinese Foreign Ministry spokesman Wang Wenbin told the media early this week that a part of the rocket will be burnt and contracted when it enters the atmosphere.

"It is common practice across the world for upper stages of rockets to burn up while re-entering the atmosphere. China is closely following the upper stage's re-entry into the atmosphere," he said.

"To my knowledge, the upper stage of this rocket has been deactivated, which means that most of its parts will burn up upon re-entry, making the likelihood of damage to aviation or ground facilities and activities extremely low," he said.

The rocket launched the first module of China's new Tianhe space station into Earth's orbit on April 29. Its 18-tonne main segment is now in freefall and experts have said it is difficult to say precisely where and when it will re-enter the atmosphere.

The U.S. Space Command’s Space Track Project said in a tweet: "Everyone else following the LongMarch5B re-entry can relax. The rocket is down.”

At around 100 feet tall and weighing about 22 metric tonnes, the rocket stage is one of the largest objects to ever re-enter the Earth’s atmosphere on an uncontrolled trajectory.

Its re-entry prompted international concern about where it might land. Scientists said the risk to humans was astronomically low, but it was not impossible for it to land in an inhabited area.

The European Space Agency predicted a "risk zone" that encompassed much of the world, including nearly all of the Americas, all of Africa and Australia, parts of Asia and European countries such as Italy and Greece, The Washington Post said in a report.

"There’s clearly a significant chance that it’s going to come down on land,” Jonathan McDowell, an astrophysicist at the Harvard-Smithsonian Center for Astrophysics, told CNN on Saturday.

Last year, the re-entry of debris from the first Long March 5B flight fell in Ivory Coast, damaging several homes in villages. It was the largest craft to crash to Earth since the US space laboratory, Skylab scattered debris over the southern Australian town of Esperance in 1979.

Once finished, the structure will have a mass of about 100 tonnes, about a quarter of the size of the International Space Station, (ISS), which is 15 years old and expected to be decommissioned in the coming years.

After that, the Tiangong is expected to be the only space station operating in near-earth orbit by the end of the decade.