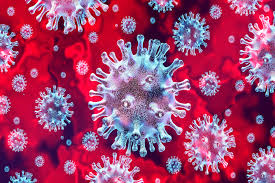 Scientists have analysed organ samples from deceased Covid-19 patients and found extensive lung damage in most cases caused by the persistence of abnormal "fused cells," an advance which sheds more light on the progression of the disease.

The researchers, including those from King's College London in the UK, examined lung, heart, liver, and kidney samples of 41 patients who died of Covid-19 to examine the behaviour of the novel coronavirus SARS-CoV-2.

In the study, published in the journal eBioMedicine, they revealed the unique characteristics of the virus that may explain why some patients experience disease symptoms for months -- known as 'long Covid' -- with a feeling of fatigue and lack of breath.

The findings show extensive lung damage in most cases, with patients experiencing profound disruption of the normal lung structure and the transformation of respiratory tissue into fibrotic material.

According to the scientists, nearly 90 per cent of the patients showed additional characteristics that were quite unique to Covid-19 compared to other forms of pneumonia.

They said there was extensive blood clotting of the lung arteries and veins, and several lung cells were abnormally large with many nuclei, resulting from the fusion of different cells into single large cells.

The researchers noted that this formation of fused cells -- syncytia -- is due to the viral spike protein, which the virus uses to enter the cell.

When the protein is present on the surface of cells infected by the Covid-19 virus, the study noted that it stimulates their fusion with other normal lung cells, which can be a cause for inflammation and thrombosis.

The research also showed the long-term persistence of the viral genome in respiratory cells and in cells lining the blood vessels, along with the infected cell syncytia.

According to the researchers, the presence of these infected cells can cause the major structural changes observed in lungs, which can persist for several weeks or months, and could eventually explain ''long Covid''.

"The findings indicate that Covid-19 is not simply a disease caused by the death of virus-infected cells but is likely the consequence of these abnormal cells persisting for long periods inside the lungs," said Mauro Giacca, a co-author of the study from King's College London.