Around 500 Vietnamese workers are building the first Chinese tire factory in Europe. Activists say their working conditions are inhumane: no money, no passports, no hot water. The Serbian government rejects the claims. 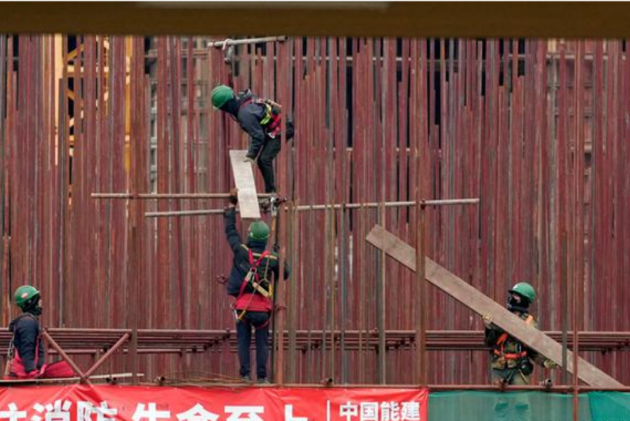 "No food, no electricity," says a Vietnamese worker. This is about all he can tell us in English. The man and his 500 or so compatriots can't quite believe that the Serbian media has been focusing on their fate for several days. It's threatening to become a political issue.

For months, laborers from the Far East have been working on a site near Zrenjanin, a city in the north of the Balkan country. Linglong Tire, a Chinese car tire manufacturer, is building a huge factory on a greenfield site there.

Linglong plans to invest around $900 million (€804.5 million) in the site. It's a record financial commitment for Serbia. And when it starts production, the factory will employ more than 1,000 people.

But the story of the "iron friendship" between China and Serbia, and the great opportunity of the "New Silk Road," has been tarnished by reports of slave-like working conditions at the Serbian construction site.

"It's terrible. People there don't even have medical support," says Ivana Gordic, an investigative journalist who was the first to report on the Vietnamese laborers' living and working conditions.

Footage on the cable channel N1 shows dilapidated shacks on the outskirts of the city. They have the kind of beds you find in overcrowded prisons, and there are just two old bathrooms for hundreds of people. "There's no heating and the hot water in the boiler is enough for five people at most," Gordic told DW.

Serbian activists have filed criminal charges on suspicion of slave labor and human trafficking. According to the report, the guest workers have been in Serbia since the spring of this year, but so far they've received only one month's wages. Their employer has also kept their passports.

Last week, activists removed from the barracks a worker who had been fired for speaking to the media. There was a scuffle with the security personnel, and it was only then that police and labor inspectors showed up.

A Chinese man, whose role is unclear, attempted to obstruct several journalists, including DW's reporter, from doing their work. Driving a dark van with Belgrade license plates, the man briefly blocked the DW team on the road before eventually moving away.

Serbian President Aleksandar Vucic has dismissed the reports as a "media and political campaign" against Chinese investment.

"We sent inspectors there in response to public pressure. The conditions are not good but they're improving," Vucic admitted, before asking critics: "Should we scupper the investment of $900 million? We also want to help the Vietnamese workers but I'm not going to chase away the investors."

Serbia's leader effectively rules the country single-handed. There is almost no political opposition, and the main media outlets are kept on a short leash. Although Vucic is in favour of Serbia joining the EU, he has talked openly about "begging" for investment from Chinese strongman Xi Jinping.

Chinese companies now run a large steel mill and a copper mine in Serbia. They're building rail networks and highways. German and other Western investors are also being tempted with government subsidies, free land, and tax rebates.

"The problem here is not that Linglong is a Chinese company," says Danilo Curcic, a human rights lawyer for A11, a non-governmental organization (NGO) that has taken up the case. "The real problem is that this situation is a logical consequence of the eroding of workers' rights, as well as the so-called race to the bottom for foreign investment."

He is referring to the large sums of money investors receive for every job they create. This can be as much as €50,000 per job. Meanwhile, an ordinary worker usually takes home between €400 and €500 a month. Critics say that by selling itself as a mere workbench for Western and Chinese companies, Serbia is increasingly turning into the "Bangladesh of the Balkans."

Workers have been threatened

Speaking to DW about the Linglong case, Curcic makes some serious accusations. "In this situation, Serbia is not a well-intentioned state; rather, it is an accomplice of the investor," he says. "There's no other explanation for such serious neglect of local and international laws and conventions."

German MEP Viola von Cramon has also described the conditions as unacceptable. "Decent work and human rights must be respected and upheld for all!" the Green Party politician wrote on Twitter.

However, Serbia's foreign minister retorted that the statement was yet another attempt by von Cramon to "satanize" Serbia.

Meanwhile, the Vietnamese workers — approximately 500 of them — have been redistributed across three other accommodation centers, where conditions are said to be better. But they still haven't been paid the money they've earned so far.

Several sources have told DW that Chinese management had conducted "intensive talks" with the Vietnamese construction workers. Insiders say the Vietnamese were threatened and warned against speaking to critical journalists again.

They were, however, encouraged to speak to pro-government media. And so, on the weekend, the laborers received a visit from a reporter with Pink, Serbia's most popular TV station. Its news programs are a non-stop paean to President Vucic. The Vietnamese workers looked into the camera and said that everything was wonderful.