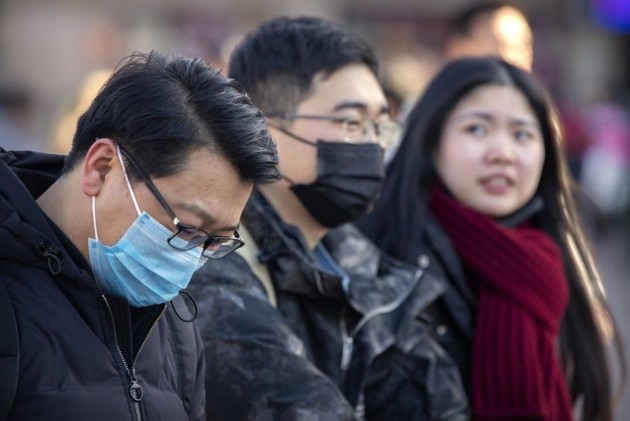 The death toll in China’s alarmingly new coronavirus afflictions has climbed to 25 with confirmed cases rising sharply to 830, the Chinese health authorities said on Friday.

The pneumonia situation had resulted in 25 deaths, including 24 in central China's Hubei province and one in north China's Hebei, the National Health Commission said.

By Thursday, 830 confirmed cases of pneumonia, caused by the novel coronavirus (2019-nCoV), had been reported in 29 provincial-level regions in the country, it said.

A total of 1,072 suspected cases have been reported in 20 provincial-level regions, according to the National Health Commission.

As the virus spread in the country and the world, China on Thursday effectively quarantined nearly 20 million people as it locked down five cities, including Wuhan, suspending all public transport in an unprecedented move to contain the coronavirus, dampening the celebrations of the Lunar New Year.

But after two days of talks to determine the level of global concern, the World Health Organization on Thursday stopped short of declaring a so-called public health emergency of international concern -- declaration used for the gravest epidemics.

"This is an emergency in China, but it has not yet become a global health emergency," WHO chief Tedros Adhanom Ghebreyesus told reporters in Geneva.

WHO had postponed its decision by a day, after Chinese authorities announced unprecedented measures to rein in the spread of the virus.

According to the health commission in northern Hebei province, which borders Beijing, an 80-year-old man diagnosed with the new virus died on January 22.

The Wuhan lockdown is a cause of concern for Indian students who still remained there. The city has about 700 Indian students, majority of them studying medicine. However, most of the students have apparently left for home for holidays.

As concerns grew over their safety, the Indian Embassy on Thursday opened helplines and established contacts with the concerned Chinese officials to ensure food and other supplies for those who remained in the city.

Authorities in Texas, are investigating a second suspected case on US soil of a deadly Chinese virus, namely a college student who had recently returned from the city at the heart of the outbreak, officials said on Thursday.

In new disclosure, Chinese officials on Thursday confirmed fresh cases of coronavirus in people who did not even travel to Wuhan recently.

The National Health Commission also reported an increasing number of cases with no exposure to Wuhan's Hunan seafood wholesale market, which is believed to be related to most of the infected cases. The cases without confirmed exposure to the market have been found overseas.

The virus, which a doctor in Wuhan told BBC is spreading at an alarming rate, has dampened the Chinese New Year celebrations beginning Friday.

Chinese all over the world formally bid goodbye to the year of the pig and welcome the year of rat on Friday and welcomed the year of Rat. The Chinese government has given week long holiday.

In view of virus scare, several cities including Beijing have cancelled special events. The festival is also known as the Spring Festival.

Large cultural activities during spring festival in Beijing such as temple fairs were cancelled to prevent the spread of the virus.