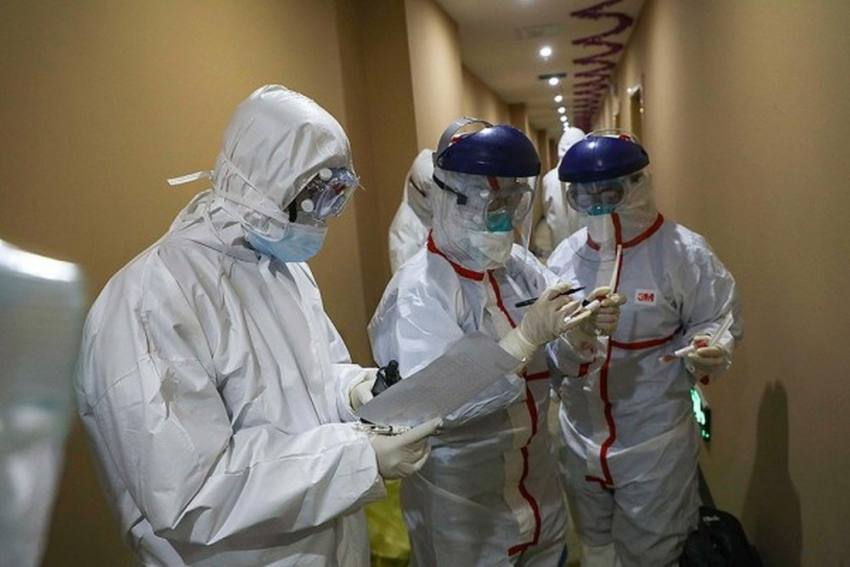 A medical worker in a protective suit writes on a tube after collecting a sample for nucleic acid tests from a suspected virus patient in Wuhan in China's Hubei Province
AP Photo
PTI February 21, 2020 00:00 IST China: Coronavirus Kills Frontline Doctor Who Postponed Wedding To Treat Patients 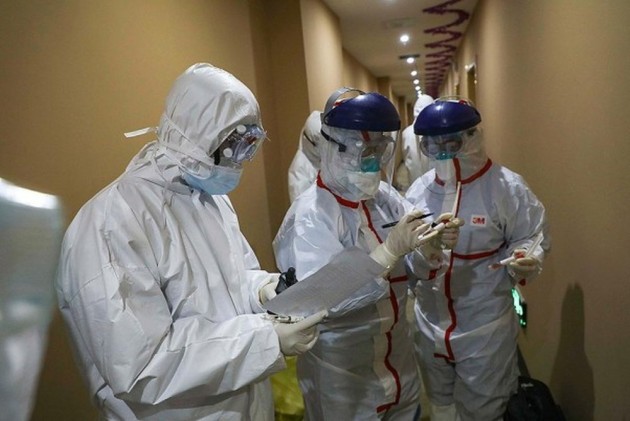 A 29-year-old Chinese doctor, who postponed his wedding to treat patients infected with the deadly coronavirus, has died treating them after being infected by the virus, the ninth fatality among the healthcare providers working to contain the outbreak.

Dr Peng Yinhua, doctor of a Wuhan hospital who treated patients infected with the coronavirus, died on Thursday night, according to the health bureau.

Peng, a respiratory acute care medical professional, became infected while working to combat the novel coronavirus at the First People's Hospital of Jiangxia District of Wuhan. He was hospitalised on January 25 and transferred to the Wuhan Jinyintan Hospital for treatment on January 30.

"Peng Yinhua, a frontline doctor at Jiangxia First Hospital in virus epicenter #Wuhan, died of #COVID19 on Thursday night. He had earlier delayed his wedding as he wanted to treat patients with the disease at hospital," state-run Global Times tweeted on Friday.

He died from the virus despite doctors' all-out efforts to save his life.

Chinese health authorities have asked health agencies to apply for the honour of martyr for deceased medical staff to the veteran's affairs authorities, comfort the families of the deceased and help solve their difficulties, as well as publicise stories of those who sacrificed their lives during the epidemic, state-run Xinhua news agency reported.

Li Wenliang, the 34-year-old Chinese doctor, who was one of the first people to sound the alarm about the new outbreak died on February 7.

Li sent a message to his medical-school alumni group on December 30, warning that seven patients had been quarantined at Wuhan Central Hospital after coming down with a respiratory illness that seemed like the SARS coronavirus. But Wuhan police reprimanded and silenced Li.

Earlier, Dr Liu Zhiming, head of the Wuchang Hospital died due to the virus. On the same day Liu Fan, senior nurse of the hospital, died along with her parents and brother due to the virus.

China’s National Health Commission earlier said that a total of 1,716 medical workers had contracted the infection as of February 11.