An SUV was packed with 25 people when it collided with a tractor-trailer, the California Highway Patrol said on Thursday. 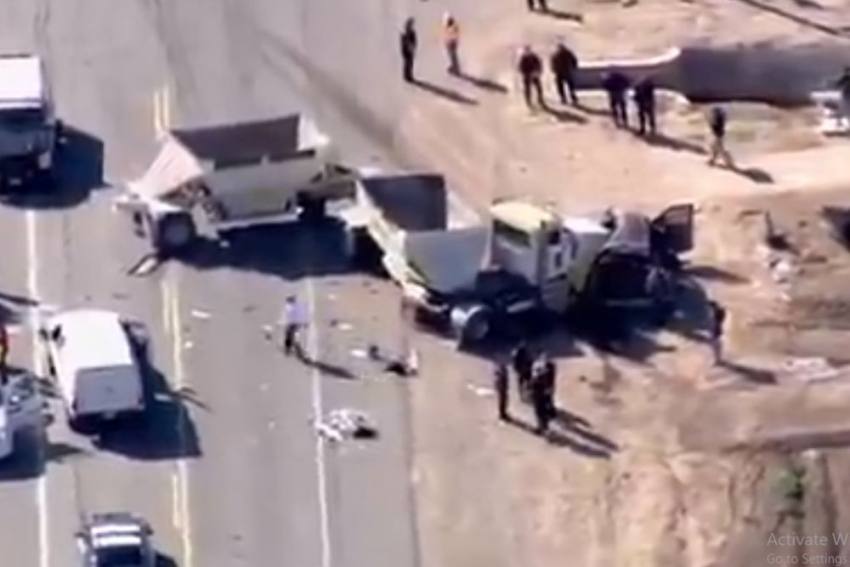 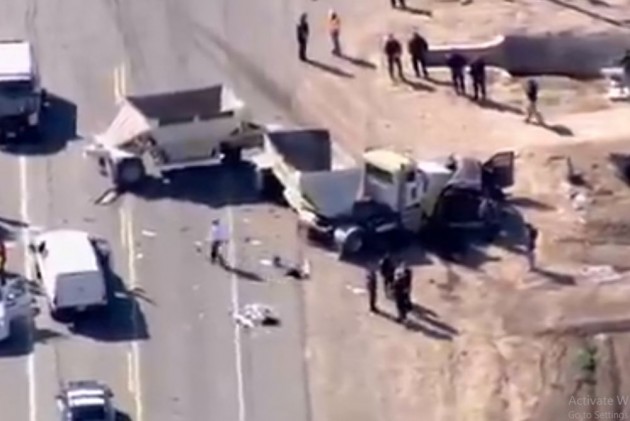 Nine migrants in an SUV packed with 25 people that drove through an opening in a border wall suffered major injuries after their vehicle slammed into a tractor-trailer and killed 13 others inside, the California Highway Patrol said Thursday.

Seventeen occupants in the 1997 Ford Expedition were Mexican — 10 who died and seven who were injured.

The driver was among the 13 killed in the SUV, from Tuesday's collision in California's Imperial Valley, a farming region that produces many of the winter vegetables sold in US supermarkets. The CHP said three suffered moderate injuries.

The youngest injured was a 15-year-old girl whose name and nationality were undetermined, according to CHP. She had major injuries. The oldest was a 46-year-old woman from Guatemala City, also with major injuries.

The injured are being treated at hospitals in San Diego, El Centro, Brawley and Palm Springs, California.

The Border Patrol said surveillance video showed the Expedition and a Chevrolet Suburban drive through an opening in the border wall about 30 miles (48 kilometers) east of the crash. The Suburban carried 19 people, and it caught fire for unknown reasons on a nearby interstate after entering the US. All escaped the vehicle and were taken into custody by the Border Patrol, which said it was not pursuing either SUV.

The breached barrier was made of steel bollards that were built before former President Donald Trump blanketed much of the border with taller barriers that go deeper into the ground.