This is Britain's third general election in less than five years to break the Brexit deadlock that has paralysed the country’s politics since the 2016 referendum to leave the European Union. 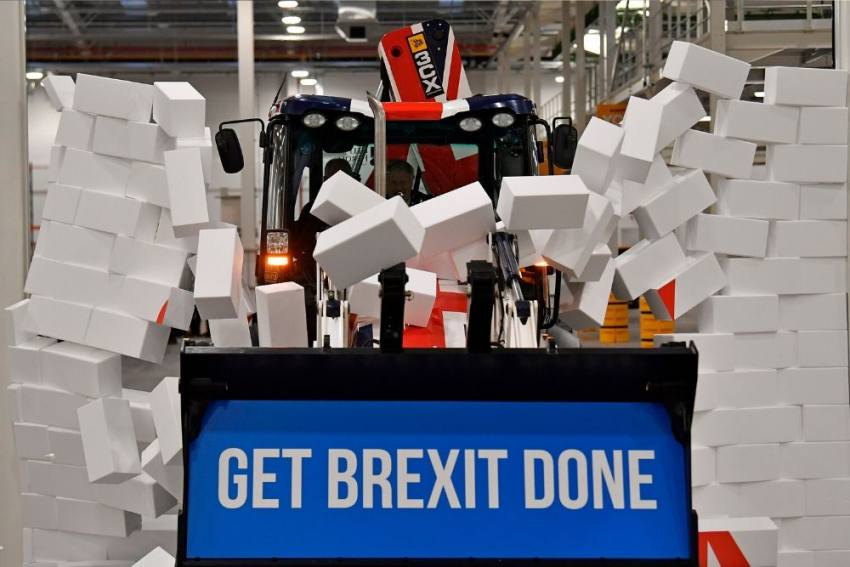 Britain's Prime Minister Boris Johnson drives a JCB through a symbolic wall with the Conservative Party slogan 'Get Brexit Done' in the digger bucket, during an election campaign event at the JCB manufacturing facility in Uttoxeter, England, Tuesday Dec. 10, 2019. The Conservative Party are campaigning for their Brexit split with Europe ahead of the UK's General Election on Dec. 12.
AP Photo
PTI December 12, 2019 00:00 IST British Voters Set To Decide Fate Of Brexit 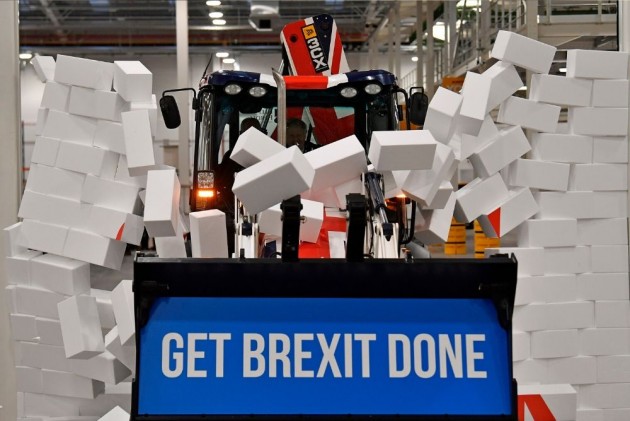 Britain will go to the polls on Thursday, the country's third general election in less than five years, to break the Brexit deadlock that has paralysed the country’s politics since the 2016 referendum to leave the European Union.

A total of 3,322 candidates are standing across the 650 seats in the House of Commons this year, with Brexit and Britain's impending exit from the European Union (EU) playing a key role in the campaign this time.

The final day of Britain's general election campaign on Wednesday saw top party leaders making a last-ditch sprint across the UK to woo the voters, as a definitive pre-poll survey gave Prime Minister Boris Johnson an edge but also kept the prospect of a hung Parliament on the table.

After failing to deliver Brexit by an October 31 deadline, Johnson called the December 12 snap election.

A Conservative majority would allow Prime Minister Johnson to pass his controversial Brexit deal and take the UK out of the 28-member EU on January 31.

Thursday's election looks set for a hike on that number, with Labour's Navendru Mishra and Conservatives’ Gagan Mohindra and Goan-origin Claire Coutinho among the frontrunners to clinch their party's strongholds.

The ethnic minority surge in the number of MPs is expected to include all the Indian-origin MPs from the last election, except Labour’s Keith Vaz - who announced his resignation just ahead of the election in the wake of a sex scandal.

For the Tories, Priti Patel, Alok Sharma, Rishi Sunak, Shailesh Vara and Suella Braverman are set for a return. For the Labour Party, besides Gill and Dhesi, the others contesting so-called safe seats include Keith Vaz’s sister Valerie Vaz, Lisa Nandy, Seema Malhotra and Virendra Sharma.

In what is being pegged as a very close election that could go down to the last vote on polling day, the model that accurately predicted the outcome in the last election in 2017 reveals that unlike some of the previous surveys, the ruling Conservative Party can no longer be guaranteed a majority.

The YouGov poll on the eve of polling day, based on interviews over the past week, suggests that the Conservatives are on course to win 339 seats, Labour 231, the Liberal Democrats 15 and the Scottish National Party (SNP) 41.

This is comfortably over the magic 326-figure required for a majority in the 650-member House of Commons, but the figure remains within the margin that could well throw up a hung Parliament.

"Based on the model we cannot rule out a hung Parliament," notes Anthony Wells, YouGov’s director of political research.

The latest 13-seat majority for the Tories is a far cry from the comfortable 68-seat majority forecast just two weeks ago. This keeps the field open for Jeremy Corbyn-led Opposition Labour Party and smaller parties like the Lib Dems and SNP to feel hopeful that they may still be in with a chance to influence the final outcome.

Under YouGov’s multilevel regression and post-stratification (MRP) model applied to the demographic make-up and individual characteristics of each of the constituencies in Great Britain, the survey provides a broad prospect of vote shares for each seat.

Any party with more than half the MPs (326) in the Commons usually forms the government. If no party has a majority of MPs, the one with the most can form a coalition, with one or more other parties to gain control.

While Johnson has been focused on his party's “Get Brexit Done” message, the Opposition parties have been offering another referendum on the final Brexit deal and have been keen on focusing on domestic issues such as the struggling state-funded National Health Service (NHS).

According to expert analysis, the new Parliament set to be voted in on Friday is expected to be the most diverse in Britain's history based on projections.