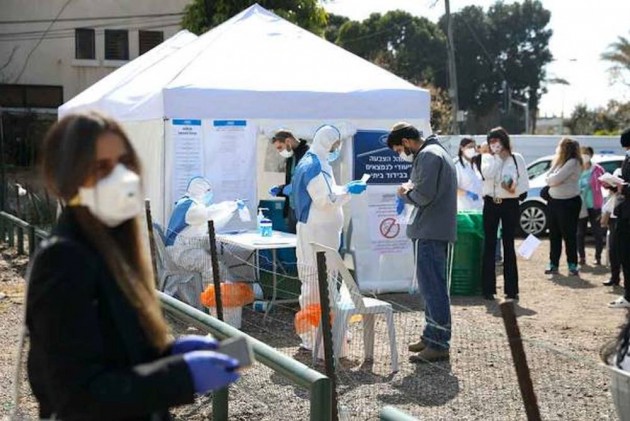 After the first transmission of the deadly coronavirus in Australia, the federal government on Tuesday said it could activate the rarely used biosecurity laws that will give power to the authorities to detain people having the virus and prevent its spread.

Amid fears of outbreak, Attorney General Chritian Porter on Tuesday said that ''The biosecurity laws allow the government to do a range of things based on the best medical advice from the chief medical officer and others requires....In certain circumstances potentially if people were declining to abide by the conditions of the control order some forms of detention are available."

Twitter Asks Its Staff To Work From Home Over Coronavirus Fears

"The detentions are available just like they are in other health circumstances, it's not inconceivable that those might be activated," Porter told the media in Melbourne.

"What we're simply pointing out is that there are a range of powers that are available that were designed specifically to handle something as serious as a pandemic," he said, adding that the government could activate rarely used Commonwealth laws that were introduced as the nation faced the growing threat of bioterrorism in 2015.

Porter said that for the first time at a mass level in Australia people might be required to give information about who they have come in contact with at certain points in time.

"There is a very challenging time coming up for all Australians and these laws thankfully exist so that we can control the spread and growth of the disease," he said.

A 78-year-old man, was the first casualty who died in a Perth hospital on Sunday, after being airlifted from the Diamond Princess cruise ship in Japan.

Tasmania on Monday confirmed its first case, a 40-year-old man, who recently returned from Iran tested positive for the disease.

The Attorney-General on Tuesday told Parliament that the laws could also bar people or large groups going to shopping centres, schools or work.

"There could be the declaration of what are called 'human health response zones', and that could mean there are specific requirements for screening people going in and out of such a zone," Porter said.

Porter added the extraordinary powers could be used if there were further outbreaks of the virus in Australia.

"These laws were designed precisely with the type of pandemic in mind that we're now facing.

Australia has currently placed travel bans for people travelling from China and Iran.

On Monday, the health minister Greg Hunt asked the citizens to follow social distancing if travelling back from a high risk country.

Hunt confirmed that there were now 33 Australian cases, an initial 15 from Wuhan or associated with Wuhan, all of whom cleared of the virus, including ten from the Diamond Princess.

The chinese city of Wuhan is considered as the epicentre of the coronavirus outbreak.