The 17 missing people were carrying out maintenance work on the track Wednesday, when the hill above them gave way, China Daily reported. 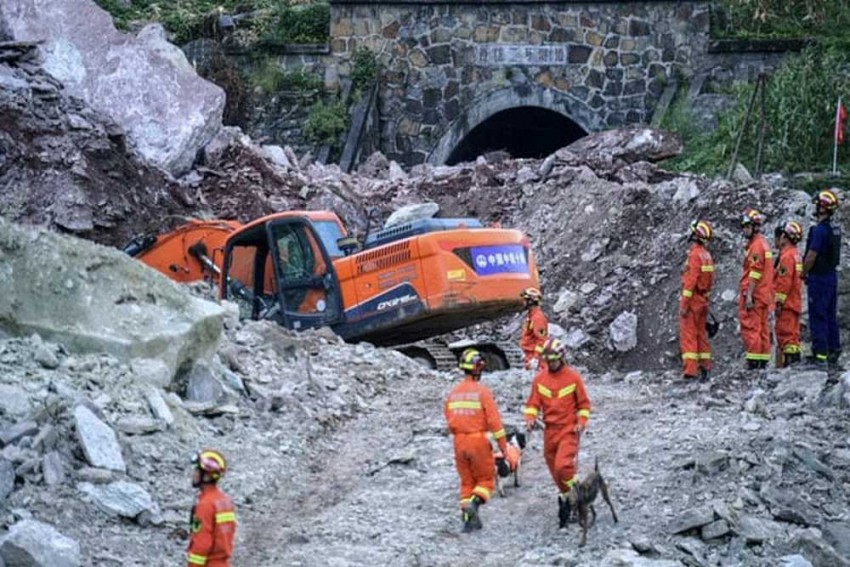 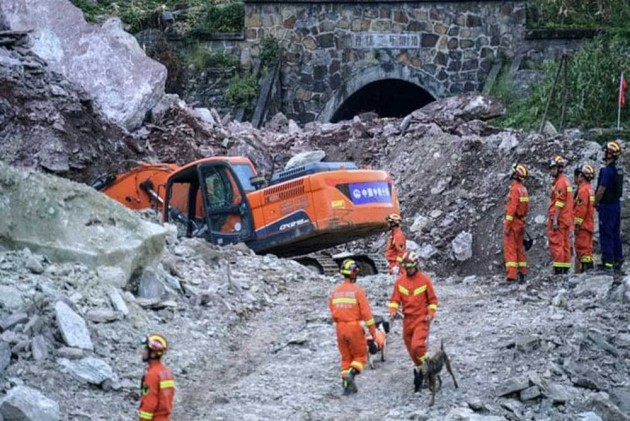 More than a dozen workers remained missing Friday, after a landslide in southwest China buried a section of railway that was under repair, according to state media.

The 17 missing people were carrying out maintenance work on the track Wednesday, when the hill above them gave way, China Daily reported.

The landslide in Ganluo county in Sichuan province happened very quickly, a witness told the newspaper.

"I spotted a strange movement on the mountain slope after a truck passed. And I shouted, telling everyone to run away," said Chen Kun, an official from the China Railway Chengdu Group.

"The rocks and mud fell within two or three seconds...while we were running, we could feel rocks chasing us," Chen told China Daily.

Rescue operations are under way with 11 workers pulled from the rubble that buried 70 metres (yards) of track, the newspaper said.

The area has been hit by several landslides this summer as massive rains cause hills in the mountainous region to collapse.

Elsewhere in China a wet summer has claimed lives.

Last week at least 18 people were killed in a landslide triggered by torrential downpours in the coastal city of Wenzhou as Typhoon Lekima pounded cities along China's eastern seaboard.

In July, at least 42 died in a landslide which buried a village in Guizhou province, with a thick torrent of mud burying 22 houses.