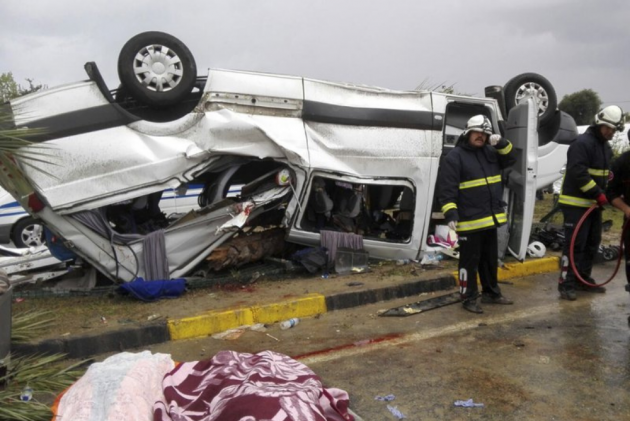 A passenger bus veered and tumbled off a highway in western Turkey, killing 14 people on Sunday.

The governor's office of Balikesir province said 18 people injured in the crash were being treated in five hospitals.

It said the bus overturned at 04:40 local time. Emergency units arrived at the site, where 11 people died. Three others died in the hospital.

No other details were immediately available. (AP)