Clever slowdown, and then a sudden gust of raid. That used to be common between percussionist G. Harishankar and footballer Carlos Valderrama. A tribute to the ganjira maestro on his 60th birth anniversary ahead of the 21st FIFA Cup. 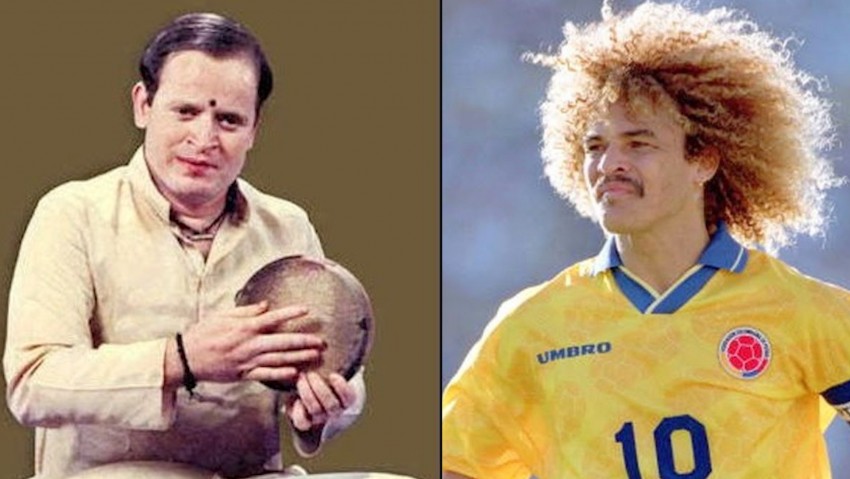 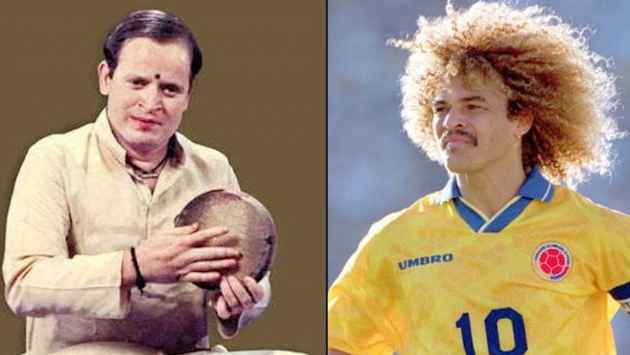 When G. Harishankar’s fingers tended to linger around for a while in deceptive retreat, one knew there was another barrage of taps and roles set to come anytime from his ganjira. Now, that was much like the way Carlos Valderrama would foray on the football ground: a watchful slowdown, then suddenly a dramatic surge forward with unexpected pace.

If “imaginative” is a word that is often attributed to the Carnatic percussionist who won the admiration of art lovers beyond the Deccan or even India, “creative” goes the general refrain about the Columbian midfielder known for his deft passes that often proved the defining move behind a goal in the rival team’s post. In the late 1980s and the ’90s when both of them were in peak form, their craft often appeared to draw parallels before the average buffs of south Indian classical music and Latin American soccer.

In four days from now, the 21st FIFA World Cup is slated to begin in Russia, what with 32 national teams vying for the title—something that Columbia looked particularly forward to in 1990 when Valderrama was the captain. That was around the time in the southern corner of India a frame-drum from the tambourine family sensed the rise of a new master in Harishankar. He would have turned 60 today (June 10)—the drummer died in 2002, prematurely, at age 44. As chitravina maestro N. Ravikiran notes, the percussionist “had been suffering from an incurable lung disease and that doctors had warned that his life span could be extremely short”.

In a tribute, Ravikiran goes on to make certain comments that tacitly hint at similarities in the conduct of the ganjira player and the footballer, now 56. “While playing for songs,” the instrumentalist notes about Harishankar, “he would never play all the time but make his presence count whenever he joined in. He would be able to garner everyone’s attention and admiration with just one small phrase, even while a song was in full flow with the main artiste and all other instruments playing along.”

This is a factor that went well with Valderrama as well: the midfielder—whose international career spanned for 13 years till 1998—would come out with a sudden burst of energy as if in an unanticipated wake-up from pretended languor, then dribble down the field, charting a streak that could prove to be an extremely dangerous raid into the other side.

Ravikiran says the percussion-only session called tani avartanam in Carnatic concerts would bring out Harishankar’s “razor-sharp brain that enabled him to grasp, memorise and repeat instantaneously several complex korvais—some of them in reverse…” This, particularly the abrupt about-turn with perfect control of the ball, used to be a highlight of Valderrama. If the lack of a body pigment had lent Harishankar albinism, the footballer too was specially noticed for his springing afro-blonde hairstyle.

Harishankar, who was trained under mridangam legends like Palakkad Mani Iyer (1912-81) and Ramanathapuram C.S. Murugabhoopathy (1914-98) after initial lessons under his father Govinda Rao, was particularly a favourite accompanist of top percussionists such T.K. Murthy and Guruvayur Dorai besides Karaikudi Mani, who was instrumental in pushing up the graph of Harishankar. “He had an inherent talent and played with a tremendous clarity,” points out veteran Mani in a music website soon after the ganjira player’s death, adding that it was frontline vocalist M. L. Vasanthakumari who first introduced Harishankar as an accompanist.

In the same 2002 article in kutcheribuzz.com, ghatam maestro S. Karthick notes there were rasikas who attended concerts just to listen to Harishankar. “He was the personification of the word, ‘astonishment’,” he notes. “He could play at a tremendous speed with one hand that equalled the playing with four hands.” Not surprisingly, musicologist-vocalist T.R. Subramanyam had, at a Chennai get-together in remembrance of Harishankar a decade after his death, noted that some of the ganjira master’s co-performers used to be apprehensive about his grabbing a chunk of the applause.

Senior violinist A. Kanyakumari likens the 1958-born Harishankar, who was primarily an exponent of the Pudukottai style of ganjira playing that he imbibed from Manpoodia Pillai and Dakshinamoorthy Pillai, to camphor that would “grasp anything quickly”. An academic study on Harishankar notes that the percussionist formed his own unique style of playing which is being followed by many of the present vidwans. “His contribution to ganjira playing could be broadly described as follows,” researcher S. Sankar notes in his PhD thesis, listing “1. Defining the apt finger position for desired sound effect; 2. Forming basic and advanced lessons in a structured way.”

Interestingly, he was a southpaw while playing the mridangam while being a right-hander on the ganjira, notes US-based Western percussionist N. Scott Robinson, noting that the Indian had on several occasions even topped tabla wizard Zakir Hussain when they shared the stage in Malaysia and Europe. To Robinson, Harishankar was “the greatest ganjira player who ever lived.”