'Words Matter But So Does Intent'

Full text of the speech by RBI Governor Dr. Raghuram Rajan at the 12th National Institute of Bank Management Convocation 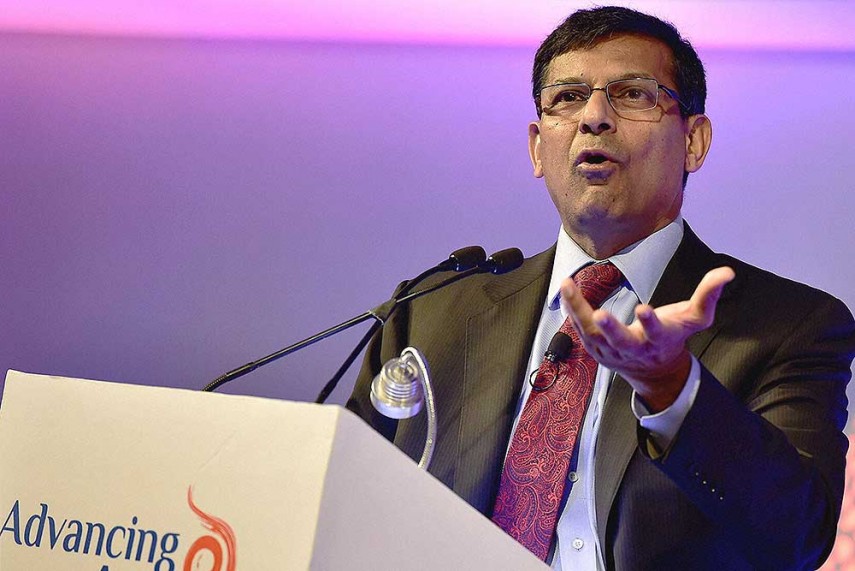 Congratulations to the graduating class, to their professors, and to their proud parents, siblings and friends.

If you are typical, you are happy to be leaving university and embarking on a new journey, sad to be leaving familiar settings behind, and worried whether you will measure up to the challenges of wherever you are going for work or higher studies. You are also concerned about whether you have taken, or will take, the right next step.

This is all perfectly normal. Given that you have been trained well at NIBM, the answer to the question of whether you will measure up is almost surely "Yes!" As to whether you have taken the right next step, the answer is less comforting — you will never know. My task is to leave you with some last thoughts as you graduate. As I reflected on what I should speak on, I thought I would speak on a recent experience that offers what the Americans call "a teachable moment". And then I want to give you some career advice, for what it is worth.

To get to the experience, start first with where India is. India is the fastest growing large country in the world, though with manufacturing capacity utilization low at 70% and agricultural growth slow following two bad monsoons, our potential is undoubtedly higher.

Growth, however, is just one measure of performance. The level of per capita GDP is also important. We are still one of the poorest large countries in the world on a per capita basis, and have a long way to go before we reasonably address the concerns of each one of our citizens. We are often compared with China. But the Chinese economy, which was smaller than ours in the 1960s, is now five times our size at market exchange rates. The average Chinese citizen is over four times richer than the average Indian. The sobering thought is we have a long way to go before we can claim we have arrived.

As a central banker who has to be pragmatic, I cannot get euphoric if India is the fastest growing large economy. Our current growth certainly reflects the hard work of the government and the people of the country, but we have to repeat this performance for the next 20 years before we can give every Indian a decent livelihood. This is not to disparage what has, and is, been done. The central and state governments have been creating a platform for strong and sustainable growth, and I am confident the payoffs are on their way, but until we have stayed on this path for some time, I remain cautious.

We must remember that our international reputation is of a country with great promise, which has under-delivered in the past. This is why we are still the poorest country on a per capita basis among the BRICS. We need to change perceptions by delivering steadily on our promise for a long time — by implementing, implementing, and implementing. We cannot get carried away by our current superiority in growth, for as soon as we believe in our own superiority and start distributing future wealth as if we already have it, we stop doing all that is required to continue growing. This movie has played too many times in India's past for us to not know how it ends.

So in speaking to a foreign journalist the other day, who asked what it felt like to be the bright spot in the world economy, I used the phrase "Andhon mein kana raja" or "In the Land of the Blind, the one-eyed man is king". The proverb has a long multinational history. The Dutch philosopher, Erasmus, used it in Latin when he wrote "In regione caecorum rex est luscus", but he probably was inspired by earlier work.

My intent was to signal that our outperformance was accentuated because world growth was weak, but we in India were still hungry for more growth. I then explained that we were not yet at our potential, though we were at a cusp of a substantial pick-up in growth given all the reforms that were underway.

In our news-hungry country, however, our domestic papers headlined the phrase I used. To be fair, they also offered the surrounding context, but few read beyond the headline. So the interview became moderately controversial, with the implication that I was denigrating our success rather than emphasizing the need to do more.

More generally, every word or phrase a public figure speaks is intensely wrung for meaning. When words are hung to dry out of context, as in a newspaper headline, it then becomes fair game for anyone who want to fill in meaning to create mischief. Worst, of course, are words or proverbs that have common usage elsewhere, because those can be most easily and deliberately misinterpreted. If we are to have a reasonable public dialogue, everyone should
read words in their context, not stripped of it. That may be a forlorn hope!

I do, however, want to apologize to a section of the population that I did hurt, the blind. After all, the proverb suggests that a one-eyed man is better than a blind one. A moment's thought suggests this is not true. For the blind can develop capabilities that more than make up for their disability. Indeed, the sheer willpower and hunger to succeed of the disabled can help them become over-achievers in a seeing man's world. Moreover, because their other faculties such as touch, smell, and hearing, are more finely honed, the blind may add new perspectives and new variety to our world, making it richer and more vibrant. So I am indeed sorry for implying the blind were otherwise than capable.
But this leads to an important question. How much of our language is tinged with meaning that is liable to misinterpretation? How forgiving should we be of a bad choice of words when the intent is clearly different?

Let me give you two examples. Gandhiji used to say "An eye for an eye will only make the whole world go blind". Clearly, what is implied is that the whole world going blind is not a desirable state of affairs. One might take umbrage since it suggests blindness is an inferior state to that of being able to see, and the saying could be seen as discriminatory. Yet Gandhiji's focus was on the absurdity of a policy of revenge, not on blindness, and his intent was not to disparage the blind.

My second example comes from a faculty meeting I once attended where a male professor used the phrase "As a rule of thumb" to make his point. A female history professor became visibly agitated and angry. She explained that "the rule of thumb" referred historically to the maximum width of the stick with which a man could beat his wife without breaking the law. She was angry the male professor used the phrase so lightly, seemingly condoning domestic violence. He, of course, had no clue of the historical origins of the phrase, and apologized profusely. Clearly, his ignorance suggested he had no intent to offend, yet the female professor was offended.

There are two important issues here. First, if we spend all our time watching our words and using inoffensive language or hedging everything with caveats, we will be dull and will not be able to communicate because no one will listen.
For instance, "An eye for an eye will only make the world go blind" could be replaced by "Revenge reduces collective welfare". The latter is short, inoffensive, and pithy, but meaningless for most listeners. Alternatively, we could say "The taking of any body part for another will temporarily reduce the collective capabilities of the population thus affected, until they develop the faculties that will allow them to compensate for the missing body parts." This restatement is more correct than the original, but lacks zing and therefore the ability to persuade.

At the same time, not paying attention to words or phrases that give offense risks perpetuating debilitating stereotypes that prevent advancement. When referring to bankers, scientists, engineers, or surgeons in the abstract, we often refer to them as "he" thus perpetuating the unfortunate stereotype that these are not jobs for women. Clearly, in doing so we ignore the increasing presence, and even dominance, of women in these fields. What should we do to remedy matters?

I think we all have work to do to improve public dialogue. Speakers have to be more careful with words and not be gratuitously offensive. At the same time, listeners should not look for insults everywhere, and should place words in context so as to understand intent. In other words, for effective communication and debate, rather than the angry exchanges that we see on some TV shows, we need both respect and tolerance. The greatest danger of all is that we do not communicate or debate, for then we will allow distorted stereotypes to flourish unchallenged, and divisiveness to increase. In a country like ours, conceived and flourishing in diversity, that will truly be a disaster.

Enough food for thought. But here is my promised career advice; Most of us are ambitious and have career goals in mind. We think we will be happy if we are successful — become CEO of a major multinational corporation; win the Nobel prize; become a mega movie star, and so on. And to achieve these goals we sometimes take jobs we dislike for we think the pain will be worth the eventual gain.

When we reason like this, I believe we have causality backwards. You are rarely happy simply because you are successful, but you are much more likely to be successful if you are happy, doing work you enjoy. Indeed, there are careful studies suggesting this. So when you choose what to do, don't focus on the end point. Instead, focus on whether you like the work itself. Not only will you be more likely to reach your goal, even if you don't arrive at that end point, you will have had a joyful life. Advice over, congratulations to all of you, and I hope you enjoy a well-deserved break. Good luck and thank you.