Nawaz Sharif's PML-N with 64 and Asif Ali Zardari's PPP with 43 seats are placed at number two and three respectively. 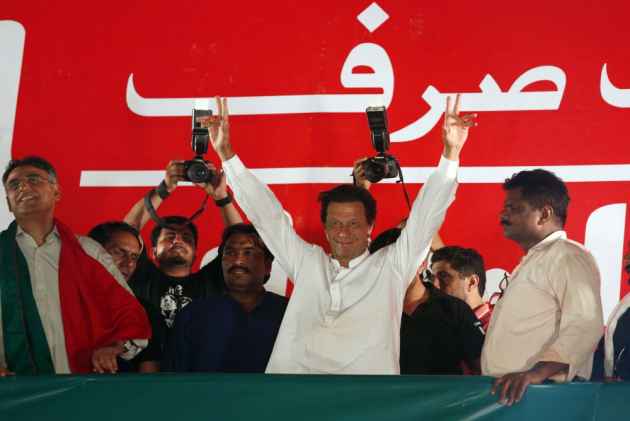 Imran Khan's Pakistan Tehreek-e-Insaf on Saturday emerged as the single largest party in the general elections, winning 116 National Assembly seats out of the contested 270 parliamentary constituencies, according to the election commission's final results.

The final announcement of results of the parliamentary polls held on July 25 has been marred by delays, causing anger among the leaders of losing parties which levelled allegations of fraud.

Thirteen independent candidates have also won and would play important roles as the Pakistan Tehreek-e-Insaf (PTI) needs their support to form the government at the Centre.

The ECP has also released the total votes each political party got in the election.

The provincial results have been also announced and the PML-N has become the single largest party with 129 seats in Punjab, the PPP with 76 in Sindh, the PTI with 66 in Khyber Pakhtunkhwa and the Balochistan Awami Party with 15 in Balochistan.

The Tehreek-e-Labaik Pakistan (TLP), a party of hardline Sunni Brailvi sect followers, clinched two seats in Sindh assembly. The TLP participated in elections for the first time after it tasted success and fame during siege of capital Islamabad last year.

However, Allah-o-Akhbar Tehreek which was used by loyalists of Hafiz Saeedm was badly thrashed.