'Will You Resign If Situation Doesn't Normalise After December 30?' Opposition Asks PM 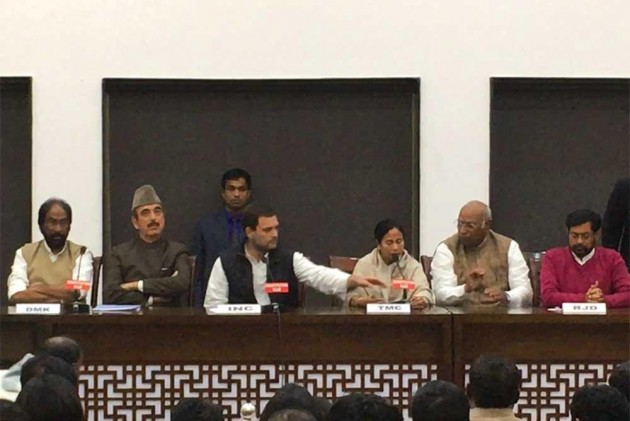 A joint press-conference of eight parties in New Delhi today slammed the demonetisation move and asked whether the Prime Minister would resign by his deadline of December 30 if the situation in the country didn’t normalize by then.

The West Bengal Chief Minister Mamata Banerjee was the first to call for the Prime Minister’s head, asking “The PM had asked people to wait for fifty days on November 8. Only 3 days are left now. Will you resign as the PM if things are not stable after 50 days?”

Congress Vice-President Rahul Gandhi, also present at the press-conference said that the PM had said that the move was to curb black-money and corruption but it has only ended up hurting the poor and the weak. He added that farmers do not have money to buy seeds and the situation was as dire where labourers and small-scale shopkeepers were concerned.

“Narendra Modi had said that everything will be fine on December 30 else I will be answerable. The date is upon us but the situation is still the same. Demonetisation has failed,” said Gandhi.

Addressing the media, Banerjee didn’t pull her punches either, saying: “Acche Din ke naam pe loot liya desh ko.” (They’ve looted the country in the name of ‘Acche Din’). The TMC Chief said “the banking system has collapsed” and that only the poor have been affected by the move which has also led to rising unemployment across the country.

“If someone works for the better of the country we will all come together and support it,” she said, slamming the BJP-led government at the Centre for hounding leaders of Opposition parties.

Key political parties like the JD(U), the Left and the NCP skipped the meeting altogether though Gandhi insisted that the opposition was united against the note-ban and would come up with a common agenda to take on the government.

Here is the video of the press-conference: