In a country that grants full freedom of expression and execution to the likes of Dr. Pravin Togadia and Sakshi Maharaj, it is specious to demand a ban on the preacher's activities. 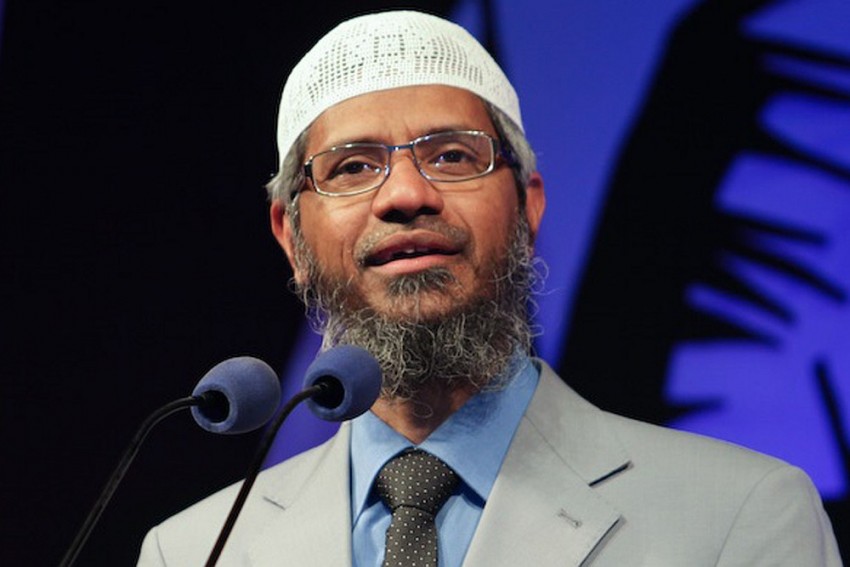 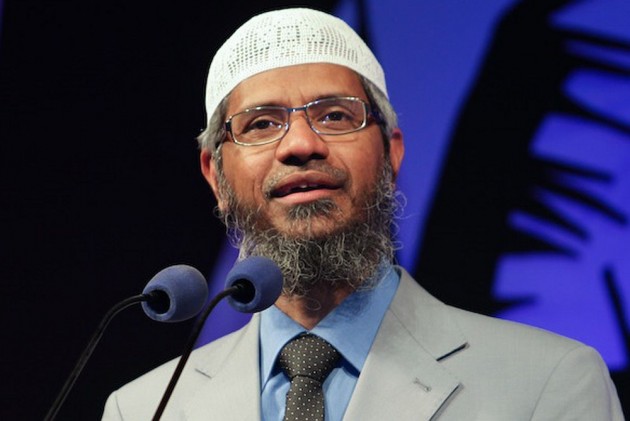 Dr. Zakir Naik, an Indian Islamic fisher of souls with millions of ardent admirers around the globe, is in the news for all the wrong reasons following the Dhaka massacre.

Two of the Bangladeshi terrorists now and scores of others before were reported to have been inspired by Dr. Naik, whose followers consider him the last word on the Quran, in spite of his total ignorance of Arabic and atrociously horrendous pronunciation of the language while reciting verses from the Quran.

But his ability to memorize the scriptures, including those he loves to debunk, is legendary. So is his capacity, like that of a magician, to produce converts out of unsuspecting believers in other faiths in the course of a monologue of 'unintellectual simplicities'.

I have been listening to his talks for a long time now. I must have listened to every answer he so self-righteously and condescendingly gave over the years to questions from the audience. Before giving elaborate and contrived answers marked by sophistry and laced with scriptural quotes to questions from simpletons of all hues, he would invariably say this to his potential victims: "Brother/sister has asked a very good question. Will you accept Islam if I answer your question to your full satisfaction?"

And several of them end up walking into the trap, cheered on by thousands of ecstatic and highly educated zealots. 'Educated' is the key word here since, unlike the usual clerical suspects whose antediluvian world view is matched by their linguistic, sartorial and intellectual exterior, Dr. Zakir Naik is a medical doctor, delivers his speeches in English and wears a suit and tie along with a skull cap to boot.

The millions who cheer him on are modern-educated, middle or upper middle class, and urbane folks who define the truth of their faith in terms of their ability to seduce the 'misguided others' into certitudes of imminent salvation. Interfaith dialogue for them is not a discursive exercise to build bridges of mutual understanding and to identify the common ground for joint action, but a clever monologue aimed at recruiting credulous individuals into their faith.

Is his preaching offensive? Does he covertly or overtly instigate violence? Can his discourse spur people into terrorism? Two sets of contradictory answers surface if we objectively attempt to engage these questions. A qualified no is the immediate answer to all the three questions.

First of all, Dr. Zakir Naik's talks are all semantic gymnastics around questions of theology where he wants to save his audiences from eternal perdition. As such, he conforms to classical definitions of a heaven-bent missionary armed with a set of unalterable certitudes enshrined in a scripture.

Second, he rarely engages with questions of politics or society and hence functions outside of life here in the service of the hereafter. In this respect, he is not at all comparable to the other eminent doctor in our public sphere Dr. Praveen Togadia. While the former is a fisher of souls, the latter is a fisher of bodies and hence potentially more dangerous in the short term.

According to his supporters, Dr. Zakir Naik holds the key to the truth and eternal salvation in a world characterized by varying degrees of adherence to multiple falsehoods. In this metanarrative, the majority of Muslims are also wallowing in the dirt of falsehoods as a result of insufficient fealty to the literal word of God, which is at his fingertips and which he must protect from exegetical flexibility and lived reality.

Third, there is no evidence of his audiences anywhere in the world having gone berserk and pounced on people of other faiths. For these reasons, it will be unfair to accuse Dr. Naik of directly instigating violence and terrorism.

In a country that grants full freedom of not only expression but also execution to the likes of Dr. Pravin Togadia and Sakshi Maharaj, it is specious to demand a ban on the preacher's activities.

But the eventual outcome of his discourse and the communities it shapes are ideal breeding grounds for various genocidal imaginations for three reasons. First, Dr. Naik's penchant for neatly categorizing the world into one of absolute truth and many eradicable falsehoods provides the perfect theological and spiritual vindication for hate crimes and mindless violence.

Two, the disharmony and animosity his discourse creates between Muslims and other communities as a result of his attempts at invalidating and insulting other faiths can further vitiate our already fragile social fabric. His theology is based on the illogic of fragmentation and not on the logic of integration.

Three, the clones of Dr. Zakir Naik (he himself is a clone of Ahmed Deedat, a South African Islamic preacher and polemicist) that have proliferated in different parts of India and abroad speaking multiple tongues are a serious threat to communal amity in otherwise harmonious local communities.

In short, the content and style of the two doctors are beyond comparison, but the net effect is the same: one engineers disharmony and fragmentation in the name of identity while the other does the same in the name of spirituality. While one of them poses an immediate threat to social amity, the other's effect is insidious and long-term. Both are, therefore, a disgrace to civilised society.

While Dr. Naik demands and practices full freedom to propagate his views in multi-religious societies, he abhors the same being granted to preachers of other faiths in Islamic societies because "they are fundamentally wrong". No Muslim society would tolerate a Christian or Hindu or atheistic Zakir Naik in its midst. This fact alone is sufficient to expose the hollowness of the worldview of the likes of Dr. Naik.

Shajahan Madampat is a writer and cultural critic.