Why I Decided To Convert The Dalits Of Jhajjar

If you had visited Badshahpur, Akhlimpur, or Tikli with me and seen what I saw, you would have decided right then and there to give a call to all the Dalits of the area to convert to Buddhism, Christianity or Islam. Anything but Hinduism.
Facebook Twitter Google + Linkedin Whatsapp 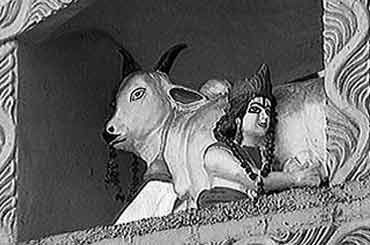 If you had visited Badshahpur, Akhlimpur, or Tikli with me on October 22 and seen what I saw, you would have decided right then and there to give a call to all the Dalits of the area to convert to Buddhism, Christianity or Islam. Anything but Hinduism.

These three are the hamlets of the five Dalits who were lynched to death on October 15 in Jhajjar district for hiding a dead cow. In Badshahpur village, Budhram, the father of Dayachandra, one of the five victims, wept bitterly. He kept telling me, ‘‘We worshipped the gau mata, why did they kill my son?’’ He, and Ratanlal, the father of another victim Virendra, also converted to Buddhism on July 27. Under pressure from the authorities, they are now being forced to claim that they tonsured their heads in ‘‘protest’’, not to convert.

In neighbouring Akhlimpur lives the widow of Totaram, another of the five victims. She has four little children between the age group of two months and four years. ‘‘There is no hope for me or any of these children, I wish the killers had killed all of us,’’ she mumbled.

In the other villages, I heard accounts of how local Vishwa Hindu Parishad leaders had held a victory procession after the public lynching, how they had decided to reward the killers and claimed that they had burnt ‘Ravana’. VHP leaders in Delhi such as Giriraj Kishore had already claimed that the life of a cow was more precious than that of a human being.

I decided right then to convert whoever wished to, to Buddhism. Five Dalits have been killed in Jhajjar, not because of personal enmity or political vendetta. The prevailing system, which believes in the hierarchy of individuals, in the duality between purity and pollution, is responsible for their killings. I resolved to teach that system a lesson. Conversion was the only fitting reply to the guardians of Hinduism. It was a tribute to those who were killed.

On October 27, when I along with my Lord Buddha Club and All India Confederation of SC/ST Organisations, went to Gurgaon in Haryana to carry on the planned conversions, I found that several other organisations of Muslims, Christians and others had converged there as well. People began converting spontaneously in big numbers. Almost 80 people converted to different religions on that day alone. Many more wanted to, but could not due to the problems of logistics.

The cow is not the monopoly of any one community, as poor old Budhram rightly pointed out. Imagine killing fellow human beings on behalf of the cow! It’s like killing children in the name of their mother.

Have you not seen old cows being mistreated daily on the streets? Those who consider the cow as their mother should, instead of killing fellow human beings, instead of letting cows starve on the streets and forcing them to feed on garbage, help provide comfort to them in their homes. Why are cows regularly sold after they stop producing milk? Why do they wear shoes made of cow’s hide if they regard her as a mother?

Why is the Sangh Parivar so afraid of conversion? What is conversion other than a change of ideas, attitudes, and a mindset? It is nothing but the freedom to change your opinion, your belief. And I thought the Constitution guarantees you such freedom of opinion under the chapter of fundamental rights. If you are so afraid of conversion, make Hinduism caste free, get rid of the age-old varna hierarchy and conversion will automatically stop.

Under the present system of inequality, conversion for Dalits is much more than a mere change of opinion, it is a necessity in order to survive, to live a live of respect. It is emancipation from a social order, which treats them worse than animals. Conversion is the only solution for millions of Dalits all over the country if they are to live with human dignity. I have taken a firm resolve: whenever and wherever Dalits are subjected to any kind of humiliation or injustice, all of us will protest by renouncing Hinduism and converting to other faiths.

If the Sanatan Dharam is sincere about reforming Hinduism of caste discrimination, here’s a suggestion: appoint the four Shankaracharyas of the four Peeths one from each varna: Brahmin, Kshtriya, Vaishya and Sudra. Conversion will become history. In this age of globalisation, let there be free competition between various religions. People will choose the religion they prefer the most, perhaps one which is more in tune with freedom and equality than others.

Reforming Hinduism From Within