Home  »  Website  »  Society  » Reportage  »  RWAs - Making Tenants Dance 'By Order'. Bur Are They Competent To Do So?
Reportage

RWAs - Making Tenants Dance 'By Order'. Bur Are They Competent To Do So?

If you’ve ever stayed in a rented accommodation in this country, chances are you have often had to prove your “decency” or worthiness to the “Society” or the RWA. 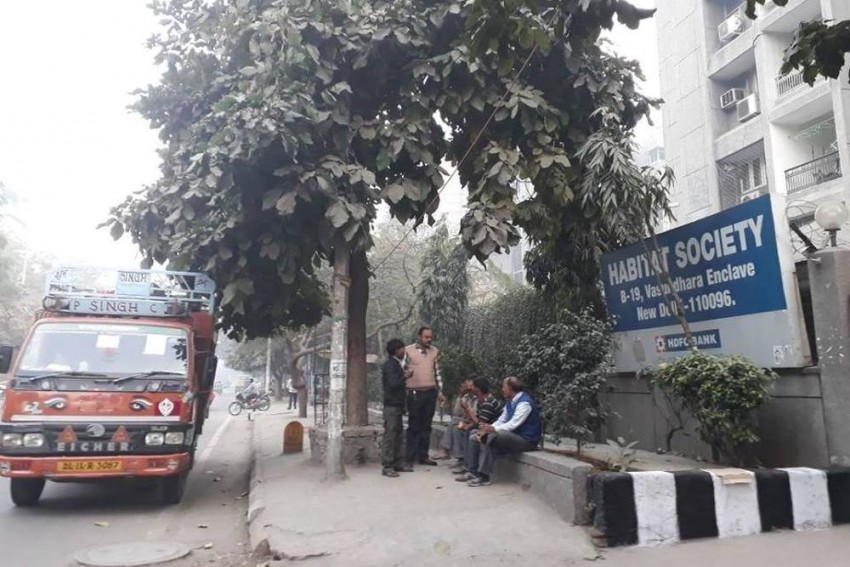 Courtesy: Facebook/PriyankaSingh
Rama Dwivedi February 19, 2018 00:00 IST RWAs - Making Tenants Dance 'By Order'. Bur Are They Competent To Do So? 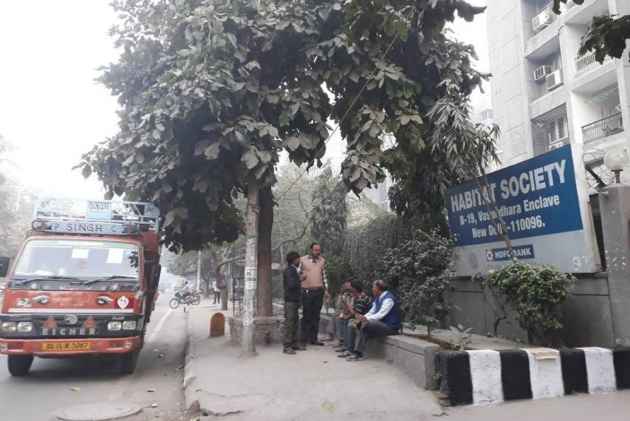 On a cold January night, Priyanka Singh and her sisters were moving to their new rented house in Vasundhara Enclave’s Habitat Society. All of their belongings were in a truck behind them. But security guards at their would-be apartment refused to let them in despite having a legally binding agreement and paying rent in the advance to house owner. The villain here was the Resident Welfare Association (RWA).

Singh and her two younger sisters, who had vacated their house in North Delhi’s Gujranwala Colony, was left stranded in the night, nowhere to go. Helpless and distressed, Singh had to go back to the house she had left in North Delhi.

“Are the rules of this Resident Welfare Association so sacrosanct and above the laws of this land that they don’t even take intoconsideration the legal contract?” asks 32-year-old Singh. “We had in our hands a signed legal contract from the landlords and full rent was paid in advance.”

“The RWA had earlier pointed out their problem with our pet dog which was later resolved. Then we were asked to prove that we are sisters. Just imagine," said Singh recounting the horror.

"After a long verbal fight, we were so exhausted and just wanted to get over with it. We took out our identity cards and started pointing at our father's name. 'See we are sisters'."

RWAs are registered under the Societies Registration Act, 1860. Governed by documents such as a Memorandum of Association containing their objectives and functions, the body however has negligible powers when making property decisions. Since RWAs are voluntary associations made by residents, they do not have any statutory powers. It cannot really impact your right to hold or exercise rights over the property you own, say legal experts.

Sunny Singh, Secretary of the Habitat Society, however believes that ‘law of the land’ has to be adhered to at all the cost. “We do not have any problem with bachelors or spinsters living in tenements here,” he told Outlook maintaining that “social fabric of the society should be maintained”. Pets, according to him, are a ‘no-no’ in the “Society”.

“A few days back a child was bitten by a canine. If someone’s dog howls all night what do we do then?” he says Priyanka was asked to submit a letter of understanding signed by her landlords to claim responsibility of her pet’s action.

When asked if it was absolutely necessary to deny her legal rights to enter the society because of non-compliance with rules, Singh reiterates “Well, one has to comply with the bye-laws”.

Tenants and landlords increasingly have to contend with a third party in their agreements - the RWA, or the ‘Society’, as it is called. RWAs make rules for the better functioning of a housing complex, and often asked to be made parties to rent agreements between landlords and tenants.

Cases of bullying and harassment by the RWAs, however, are rampant in Delhi-NCR. If you are a migrant, chances are ripe that directly or indirectly these associations are meddling with your life.

The legal standing of such rules or bye-laws is questionable. The 1990 Supreme Court ruling in the Sanwarmal Kejriwal versus Vishwa Cooperative Housing Society case clearly states that a member is free to keep tenants of their choice.

Delhi High Court Advocate R.H.A. Sikander, who himself had a tough time finding an accommodation, calls out the nuisance caused by these associations. “It’s okay that they have bye-laws, but the question is are they competent to do that?” he said.

Any set of rule formulated by the welfare associations are only for the convenience of residents of a particular society—that may be a unanimous decision or might just be a majoritarian diktat. “Nothing gives them the power to discriminate based on these ‘bye-laws’. If they try enforcing forcibly—as we have seen here in this case—it can be challenged further in the court of law as it is in complete contravention of Constitutional guarantee under Article 14,” he adds. In Delhi, the state government had announced the Bhagidari scheme in 1998 to encourage people’s participation in daily administrative issues. RWAs were among the bodies, along with other citizens associations, such as market and traders associations, which were involved in the scheme.

Rajat Sharma, a hardware engineer who relocated from Pune to Delhi, likens finding a house to a marriage interview. "The society keeps a tab on almost everything you do. They keep a visitors' log citing security reasons. Recurring male visitors is bad because you know, parties and loud music. Female visitors are being frowned upon," he says.

The problem gets complicated in most cases, since property owners themselves do not reside around the area, further arming the associations. Sharma’s is one of the few cases where the landlords favoured him; otherwise they rarely get into such disputes, aggravating the situation for tenants.

“We share a good rapport with our landlord but the society doesn’t want to keep bachelors,” Sharma explains how their legal contract hung in limbo for three months amid the ‘political football’ between the landlord and the society’s managing body. “Mostly it’s a boil-the-ocean solution. There have been idiots who played loud music or parked indiscriminately. But then, evict them. Why do it for all unmarried people?”

Divya, a Delhi-based lawyer, feels that seekers, who are generally migrants, give up to the long rigmarole a legal battle ensues. “Definitely suit can be filed against the landlord since the person is signing an agreement with them. But the entire process is so long and tardy that it leaves the individual mentally exhausted,” she says.

Priyanka, who is currently looking at a long road, feels the same way. “It took me a month to make the story public because I feared losing out money (Rs. 97,000),” eldest of the three sisters, she is now looking to approach the Women’s Commission.

It is difficult to find an abode if you are a bachelor but the scenario gets further twisted if you wear certain professional tags. Journalists/writers as well as people from creative fields are considered have-nots and unpunctual while actors show ‘unpredictable behaviour’. And the matter is a lost case for lawyers who are considered compulsive litigators.

Airlift-fame actor Inaamulhaq last year shared his real life story of harassment by Mumbai’s “(Non) Cooperative Housing Societies”. The married actor, who had a tough time to spot a dwelling in the maximum city ‘being a Muslim’ and actor, was asked to prove that he is not a bachelor. In a satirical post the actor shared on the social media he said: "The 'non cooperative housing society' made me feel more bachelor in less than two months than I felt before getting married."

“The situation was such that I had to ask my mother to come (from Lucknow) and stay with me for a couple of months to make the society people believe that I am a ‘family person’ and that I can be allowed in the society,” says a Mumbai-based writer Sankalp Raj.

South Delhi-based property dealer Sachin Lohia, however, believes that ‘good bachelors’ do not face such problems. He tellsOutlook that though single people are certainly not favourite tenants for many people, the matter remains at bay till the individuals have deep pockets. “I pick clients based on their credentials. If their work profile is good, it’s most likely that they would pay rent on time,” he says adding that he often runs a background check to get an idea of their behavior. “Yes, problems do arise with regular visits by friends from ‘opposite sex’, loud music etc.”

To Fight Cheating Menace, Bihar Students Asked Not To Wear Shoes And Socks During Exams