What Do Copyright Experts Feel About Wrangle Between Ilayaraja And SPB?

Balasubrahmanyam doesn’t need Ilayaraja’s permission to perform his songs. He is an equal owner. Ilayaraja though may seek his share of proceeds 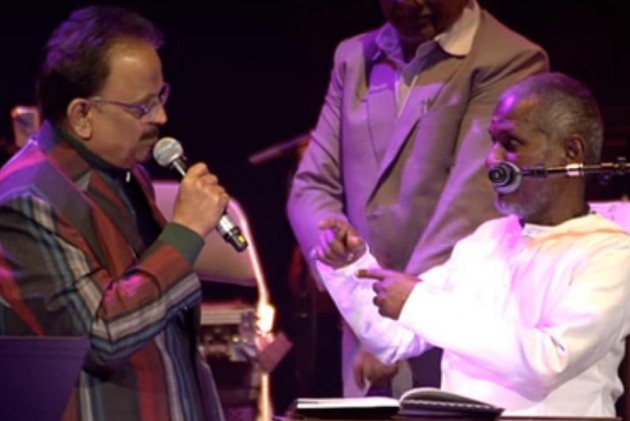 Two legendary southern musical stars – singer SP Balasubrahmanyam and composer Ilayaraja – who have teamed up to deliver hits -- will now have to sort things out in court. Balasubrahmanyam, who is on a performance tour of the US with his son, has posted what read like a distressed Facebook message.

The singer said he had been served a legal notice by Ilayaraja, who has threatened to sue him and demanded the shows be called off. Performing songs composed by Ilayaraja without his permission means  Balasubrahmanyam had made a copyright violation for which he has to pay massive amounts, the singer said, quoting the notice served on him.

Experts say it’s curious case. In this instance, it’s not a commercial firm being sued for commercially broadcasting a copyrighted intellectual property. The person being sought to be sued is the singer himself, whose voice is part of the product.

How does Ilayaraja’s charge square up? Can singers take off on a song he or she had sung which had been composed by someone else. To be sure, few singers compose their own songs. And songwriters form another stakeholder category in itself.

“As an Indian I feel very said. This legal notice could have been completely avoided. As a south Indian myself, I have grown up listening to both Shri Illayaraja's music and Shri SP Balasubrahmanyam's voice,” intellectual property rights lawyer Prathiba M Singh said.
Singh feels sorry because of the ugly fight but the law isn’t quite fully on Ilayaraja’s side, it seems .

What may have motivated Ilayaraja?

“But as a copyrights lawyer, let me tell you performers have their own copyrights as per law. The singer always is entitled to rightly perform. The only thing is, the composer may want his share of the royalty. That’s what the notice by Shri Illayaraja may be but understand the caveat that I haven’t seen the notice,” Singh added.

The law doesn’t stop Balasubrahmanyam from performing songs he has lent his voice to.

The singer holds equal copyright for 50 years from the date he sang it.
In India, singers can’t be stopped from performing on grounds of copyrights. It is the owners of the venue where the performance is taking place, let’s say an auditorium, which must pay the royalty which is charged through copyright societies.

The creative partners needn’t be burdened with royalty payments at all, according to Singh.
In US, ordinarily, no venue would allow anything that may involve a possible copyright violation. Royalty in such cases would be paid through copyright societies in the US which would have reciprocal arrangement with Indian copyright societies.

Singers did not always have ownership of songs and unfairly so. That injustice was corrected when the Copyright Act, 1957 was amended in 2012. The changes were “historic” giving singers their fair share in the songs they have sung. The amended law recognized the “performer's right" for the first time. What about songwriters? They too have an equal ownership. The booty must be shared equally. That’s where Iliyaraja may have a point.

The upshot: Balasubrahmanyam has a right to sing his songs. That’s no copyright violation. Ilayaraja may want his share of the proceeds.