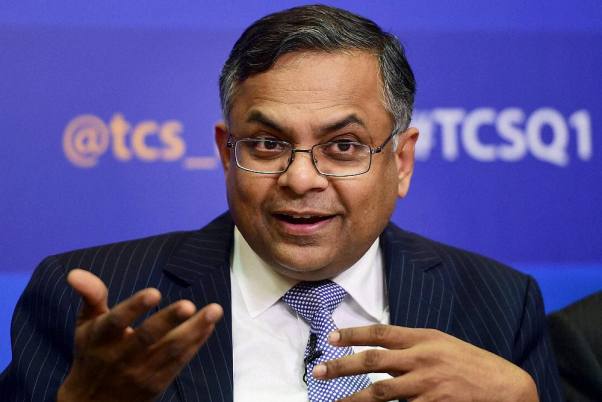 There are those who say that succession planning is an internal matter of a company and any judgements outsiders make, based on the Cyrus Mistry-Tata Trusts face off, would be based on conjunctures and half truths. So, it is wiser to stay out of it. Then there are those who take a step back and say that perhaps the spat reveals something more than just a group’s decision-making, that it speaks about the checks and balances placed to ensure corporate governance in India Inc. And, what it speaks is not comforting.

JN Gupta, co-founder and managing director of Shareholder Empowerment Services and former executive director of SEBI, is of the opinion that it should be a matter of concern only for stakeholders of Tata Sons, which is largely Tata Trusts and Shapoorji Pallonji Group (SP Group). “This (succession at the group) was never a matter of discussion, it was never a hot topic, until the Cyrus Mistry hulla gulla happened,” he says.

The procedure to appoint a chairman is not transparent to the public. “I do not know what the parameters are (in picking the candidate) and I do not know how his (Chandrasekaran’s) performance has been assessed… but why should they be shared with me? These things need to be made transparent only to the stakeholders,” he says.

It is true. The holding company is not listed and therefore it has every right to take such decisions without explaining them to anyone else. But, the holding company has significant influence of corporate India’s landscape. In fact, there is Mircea Raianu, whose dissertation for his PhD from Harvard University was on the Tata Group, recently released his book Tata: The Global Corporation that Built Indian Capitalism. He writes, in an email interaction with Outlook Business, that the case raises difficult questions about the relationships between companies, the Trusts, and Tata Sons. “The public should care about corporate governance in general… If such questions could be asked about one of India's best run corporate groups, what about others? How much oversight and transparency is there in the system as a whole?”

Gupta too agrees that the procedure that was adopted (for Mistry’s ouster) did not “tick all the boxes”. But, he adds, “Governance cannot be for the sake of governance, it has to serve the underlying objective. You cannot say that you are following good governance and let a company go up in flames. Ultimately, the objective of governance is shareholders’ benefit”.

Raianu, while making his point about the larger implications of the Mistry-Tata Sons dispute, agrees with Gupta that the conflict attracted far too much attention. “Even during J.R.D. and Ratan’s time, individual charisma and powerful personalities at the top (with a few exceptions like Russi Mody at Tata Steel) did not matter as much as the companies’ performance and the systems put in place,” he writes.

The Tata vs Mistry saga has a short but well-documented history.

In 2012, 44-year-old Cyrus Mistry was made the chairman of Tata Sons. Mistry is the scion of the SP Group, which has more than 18% stake in Tata Sons and is its single biggest shareholder, was then seen as a convenient choice . He maintained a low profile, never making a media appearance. But behind the scenes, he was wielding a cold scalpel to trim debt and less-performing ventures. Industry watchers say that he trod on toes, important ones.

Within four years, in 2016, Mistry was shown the door. The board said that they had lost confidence in him. He didn’t take it lying down, he filed a case at the National Company Law Tribunal (NCLT) challenging his dismissal first as the chairman and later as a director from all the group companies, and said there were corporate governance lapses at the Group and that minority shareholders’ interest was being compromised. The case travelled to the Appellate tribunal and then to the Supreme Court, and finally, this March, the Apex Court ruled in favour of Tata Sons.

The group has a consultative decision-making process so the selection of the chairperson alone won’t determine their future, believes Raianu. Ratan Tata had more leeway because he consolidated the Group and gave it a new direction in the early 1990s. Mistry failed to get this, not because he did not have a firmer hand but, because there was a lack of an effective consultative process and divisions within the leadership.

Chandrasekaran has shown a talent for collaboration. Kavil Ramachandran, professor at ISB, who has researched extensively on family businesses, believes that the board must have played a big role in “installing and guiding him” so far since he managed a single company exceptionally well but did not have any experience in managing a diversified group. “He is intelligent and he knew how to take care of things (the board’s sentiment) and did not abrasively push his ideas through,” he says. This style of management is unlikely to change even in his second term or even with anyone who succeeds him.

While he will carry everyone along, Ramachandran does not think that individual likes and fancies will be accommodated as generously this time around. “Ratan Tata’s influence will remain but it will be more subdued,” he says. These are disruptive times with big companies shutting shop and new companies emerging leaders overnight, and therefore there can be little tolerance for adventurous bets. “The strategy of the group will driven more by logic, such as which industry is growing and in which sector the company is competitive… Therefore digital services will play a big role this time around too,” he says. This means the concerns regarding TCS being a disproportionate revenue generator is likely to remain.

“If one of the children in a family is earning in crores while the others are earning in thousands, you can’t ask the first to bring it down to a few lakhs,” says Gupta, adding, “nor can you ask the others to get out.” He thinks ideally the group should focus on companies that are among the top three or top five in their sector and on companies who have a roadmap to get to the top ranks. If a company does not meet both criteria, it should be shown the door, according to him.

The group is unlikely to act with such cool dispassion. The social-development goals of the group will still be non-negotiable, says Ramachandran. A particularly juicy bone of contention between Mistry and the Tata Trusts was the dividend distribution. The latter felt that they weren’t getting enough to continue their charitable work.

On the whole, whoever takes the top job next and most likely it will remain Chandrasekaran will continue to play the balancing act.