'We Question This Silence' ?

The film-makers' letter announcing the return of national awards 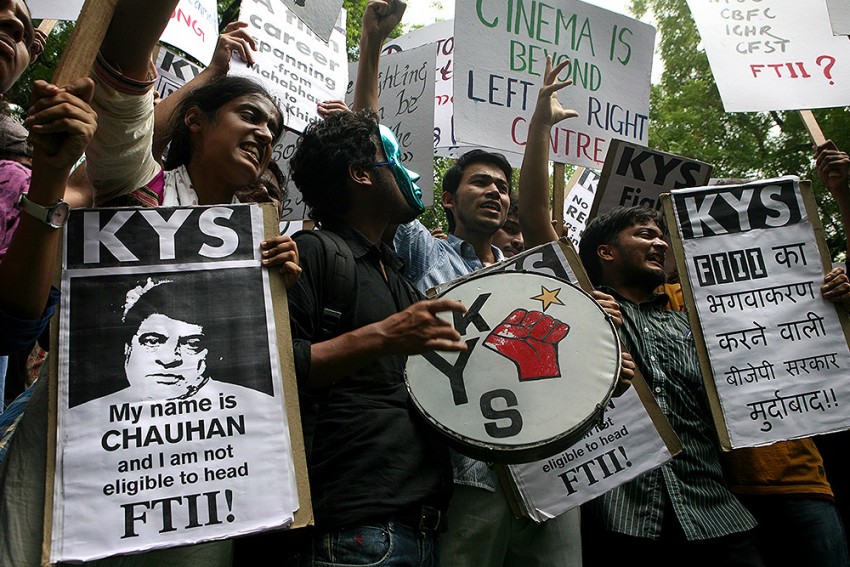 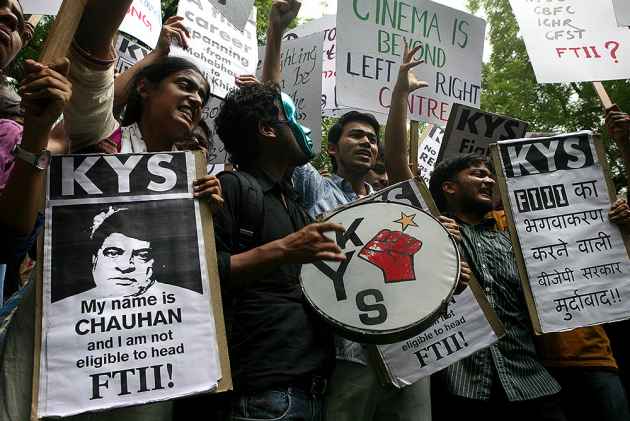 The President and the Prime Minister of India
New Delhi

It is with a deep sense of dismay that we write to you. Many of the undersigned had written a letter to you barely a month ago in support of the demands of the students of FTII. We had urged you to intervene and ensure that FTII continues to be a stellar educational institution with a commitment to freedom of expression.

The student strike has entered the 4th month. The issue remains unresolved and our sense of apprehension about the fate of the institute has only grown. We have seen the students conduct their protest in a democratic manner with utmost dignity. We have also seen an attack on their credibility mounted in the most disgraceful manner in the press by the very people who were meant to be their guardians on campus - the director and the registrar. The ministry has seemingly offered a patient hearing to the students no less than 5 times over 4 months yet have made no attempt to put into place a transparent process to make key appointments to the people who are meant to give vision to the institute. They have expressed an inability to reverse the process that provoked this strike. We see this as a blatant disregard for the voice of these students.

It has also become imperative that we see the government’s stone walling of the students’ protest in a context. The Information and Broadcasting Ministry has appointed people with a narrow vision in the institutions under them. FTII, Children’s Film Society and CBFC are examples that the film fraternity has objected to.

Meanwhile, we have watched the murders of rationalists and writers like Dr. Narendra Dabholkar, Govind Pansare and M.M.Kalburgi with dismay. These are clearly not random acts of violence. People are being murdered for their beliefs and opinions. There seems to be no attempt to unravel the larger picture and bring to book extremist groups that believe in ruthless violence to eliminate those who hold a counter view from theirs. There has been no official condemnation of these groups and we question this silence.

The lynching and murder of an ironsmith, Mohammed Akhlaq, in a village at the edge of our national capital has shattered our faith in the spirit of tolerance that is the core of our robust democracy. The mob that stood at this poor muslim man’s house had been empowered by the belief that this was an acceptable way to express rage. The current climate has validated this sentiment. Those who stand outside the circle drawn by the ruling elite are vulnerable in the most appalling manner. It has now come to light that members of the party that rule at the Centre led the mob. It is imperative that we take note of the impunity with which the mob was instigated. No condemnation is complete without naming the politically powerful who scripted this attack.

We are filmmakers who have been awarded by your most esteemed office. We hold that to be a high honour. Our cinema represents a rich diversity of political opinions and aesthetic expression. It was a matter of great pride for us that the government of India had awarded this plurality. If we do not stand up and register our protest now we are in the danger of being a part of the process that is flattening out our beautiful landscape of diversity. Freedom of expression are not mere words for us, it is a way of life we hold dear. Each life led differently from the mainstream is precious, we must fight for this right to pray, eat, love, work as we wish.

We feel compelled to return the honour that the State had bestowed on us. This is not an attempt to undermine your office but a heartfelt plea. Condoling deaths without interrogating the forces that scripted those murders reveals a tacit acceptance of the ugly forces distorting our country. The Government of India must urgently reveal its commitment to protect the freedom of expression of each citizen.

We, the undersigned, stand alongside the writers who have returned the country’s highest literary honour and hereby return our National Awards. As filmmakers we stand firmly with the students of FTII and are determined to not let them shoulder the entire burden of their protests. They have mounted a historic struggle and we urge others within our fraternity to come forward and carry this protest forward.