Voters And Other Strangers

The symbolism still gets you — a woman in a white sari with a green border going up against a wall of red promising change. 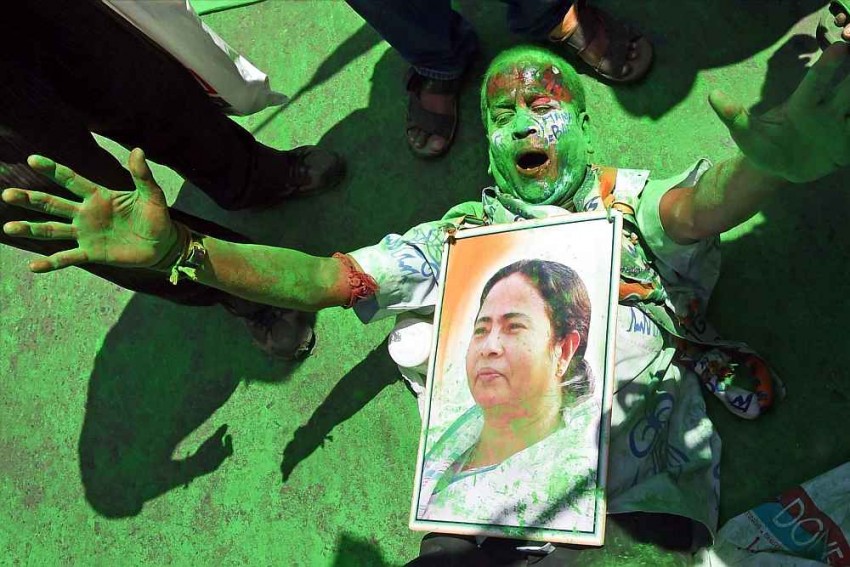 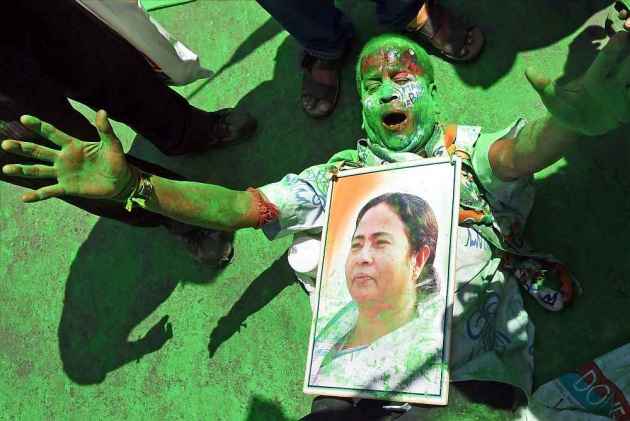 Silence sat on the evening like a lid. The hush was momentarily broken by two chunky SUVs charging towards the Bypass flying TMC flags and cheering. Kalighat was surreptitiously flashing green fingered v signs and scattering green abeer in the air. It was the aftermath of the Municipal Corporation Elections in Kolkata. Very different from that original event back in time when the situation in front of us was one no one had faced in thirty four years — a red fortress being cracked open. The evening speeches on street corners had been haranguing it — Poland, Russia, the death of communism worldwide — time to kill Bengal’s dinosaur. This time, utter silence.

The morning of the 19th had started ordinarily enough. After a quick vote at 7am, conscious of the purple stripe down my forefinger, I went for my morning walk past a Trinamool group intent on shepherding a white haired man back to a booth because the button had not pinged.

Walkers at the Lakes were asking each other whether pressing the button was any use at all, while the women vegetable sellers squatting by their baskets on the road snorted when the suggestion was floated across to them. "Korey kee hobey? What’s the point?" Among those who had voted was a corporate wife who sallied into the election booth in her spotless kanjeevaram and looked at the buttons in bemusement. "I hadn’t done my homework," she confessed later. "I forgot what the Trinamool symbol was." She knew it wasn’t the lotus, or the sickle or the elephant and the candlesticks. The men manning the booth refused to go round to help her, while the others waiting their turn must certainly have cursed. Ultimately, diffidently, someone suggested that another kind of flower might mark the right button, without naming names. "So it’s thanks to me that Mamata Banerjee will win," she declared triumphantly, as if there was any doubt at all.

In that poribortan summer long years ago, there had been the feeling of being under some kind of scanner. At a cocktail party on a boat, in the middle of the chiffons and pearls set, I encountered a high profile writer who had decided to wander into Bengal in search of material. ‘I may write something," he told me and we discussed Mamata and how she had turned the Left’s campaign against them. He wanted to talk to a Left Front candidate and I gave him the name of the only one I knew — Fuad Halim, a son stepping into his father’s shoes with not much hope of victory.

On the afternoon of 19th April, Fuad Halim’s wife posted that he had been shot at by a posse of motorcycle riders though that incident was not mentioned on TV. An Art Director I knew was horrified to hear that there had been violence of any kind — though his voting was unique. He had taken his six year old daughter to the booth and let her play tick tack toe with the machine buttons till she finally pinged one of them. She came out of the booth proudly brandishing her purple stripe alongside her father.

Certainly the symbolism still gets you — a woman in a white sari with a green border going up against a wall of red promising change. Three decades silenced by stree shakti. What did that SMS read? 'Counting date 13th May, Ma Mati Manush 13 letters, Mamata Banerjee 13 letters, chief minister 13 letters'.

The rest is silence.

The Great Delhi Earthquake Of 2017