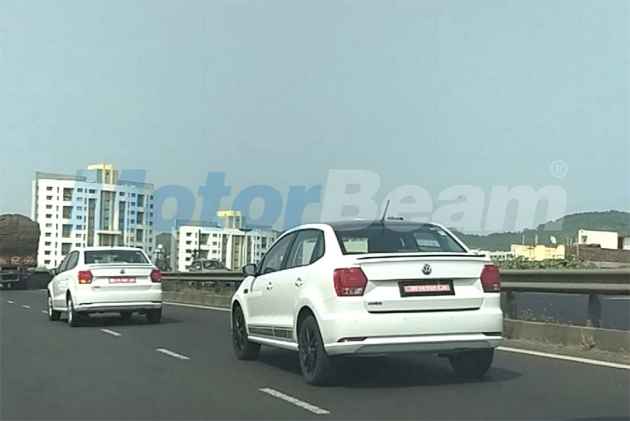 Volkswagen is readying yet another special edition model for the Indian market. This time around, the special edition will be based on the VW Ameo. As some of you might know, Volkswagen keeps churning out limited editions of its mass-market models which are based on the Polo, which includes the aforementioned hatchback, the Ameo and the Vento. In fact, in September 2017, VW introduced Anniversary Editions of the Polo and the Ameo.

The Special edition, which is likely to be called ‘Sport’, was spotted on the outskirts of Pune. The Sport edition is likely to be launched in January 2018 in a bid to spruce up sales of the Ameo, which is perhaps not performing as well as the German carmaker hoped it would in the cut-throat sub-4 metre sedan segment. It only manages to sell about 2,000 units of the compact sedan every month. The VW Ameo Sport, when launched, will take on rivals such as the Ford Figo Aspire and the best-selling Maruti Suzuki Dzire, among others. 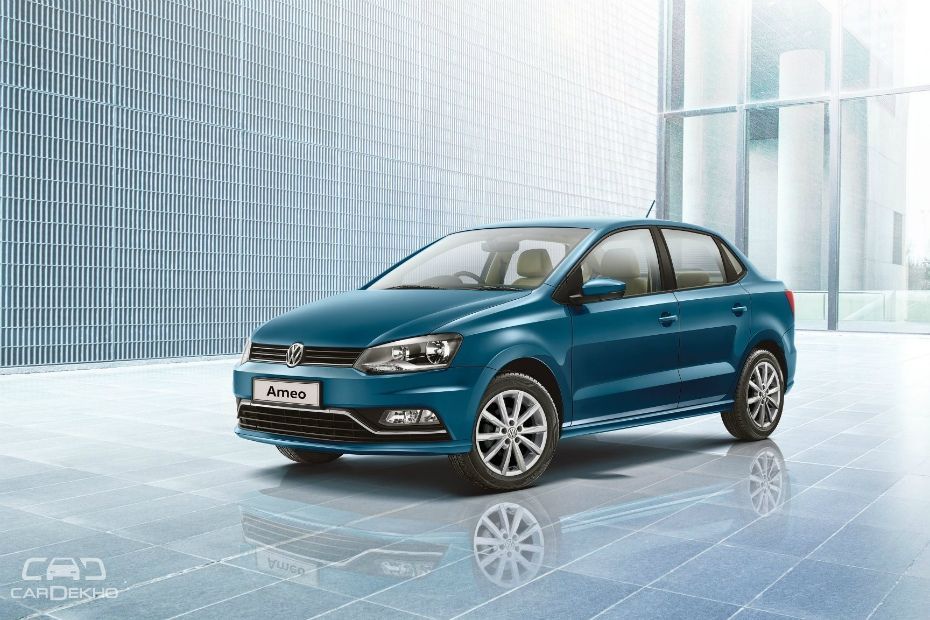 The images of the Ameo Sport that has surfaced online suggests that it will receive a dark aesthetic treatment. It will also sport the same 15-inch alloy wheels as the regular Ameo, albeit with a black finish. The roof has been blacked out too and there’s a large decal on the lower half of the doors. Further, it will also receive a black rear lip spoiler along with a black bootlid applique. Besides these new additions, expect new upholstery inside the cabin along with a few additions to the front of the compact sedan as well.

Since it’s a special edition, the engine and other components are expected to remain unchanged. Hence, it will continue to be powered by the same 1.2-litre petrol and the 1.5-litre diesel from the regular model. The former is available with a 5-speed manual while the latter can be had either with a 5-speed manual or a 7-speed dual-clutch automatic.

46% of India’s Youth Feel Money Is All That Matters: Study

GST Council Meet: All States Said To Have Oppose Talks About Including Petrol, Diesel Under GST