Venkaiah Naidu Defends Decision To Reject CJI Impeachment, Says It Was 'Timely', Not A 'Hasty' One

He said his decision was in strict conformity with the provisions of the Constitution and the Judges Inquiry Act of 1968. 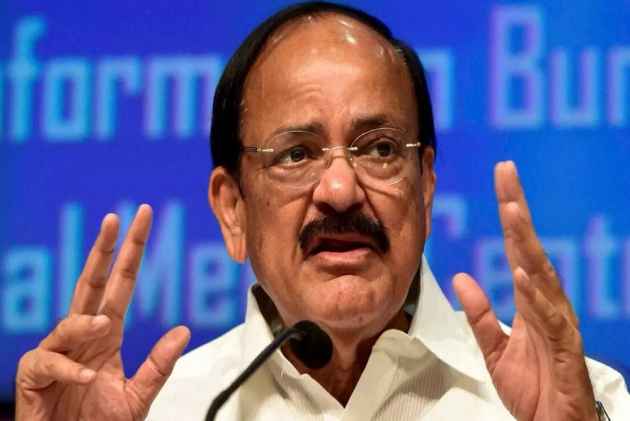 Rajya Sabha Chairman Venkaiah Naidu on Tuesday said his decision to reject the impeachment motion against Chief Justice of India Dipak Misra was "timely and not a hasty one" and came after over a month of due diligence, according to sources.

“Freedom of expression allows that but ultimately truth prevails. I have done the just thing in the best possible manner expected of me,” sources quoted Naidu as saying, a day after he rejected the impeachment motion.

He said his decision was in strict conformity with the provisions of the Constitution and the Judges Inquiry Act of 1968.

"I have done my job and am satisfied with it,” Naidu was quoted as telling a group of 10 Supreme Court lawyers who met him to compliment him over the decision.

The Rajya Sabha chairman's office is not a mere post office but a constitutional functionary, Naidu, who is also the vice president, told the group.

According to sources, Naidu said the chief justice of India is the highest judicial functionary of the country and "any issue in public domain concerning him requires to be resolved at the earliest following prescribed procedures so as to prevent the atmosphere from being further vitiated".

Naidu yesterday rejected the notice by seven opposition parties, led by the Congress, to impeach the chief justice of India on five grounds of "misbehaviour", saying the allegations were neither "tenable nor admissible".

His order was slammed as "hasty, illegal and illinformed" by the Congress.