The grand jury report made public this week accused the cardinal of helping to protect some molester priests while he was bishop of the Pennsylvania city of Pittsburgh. 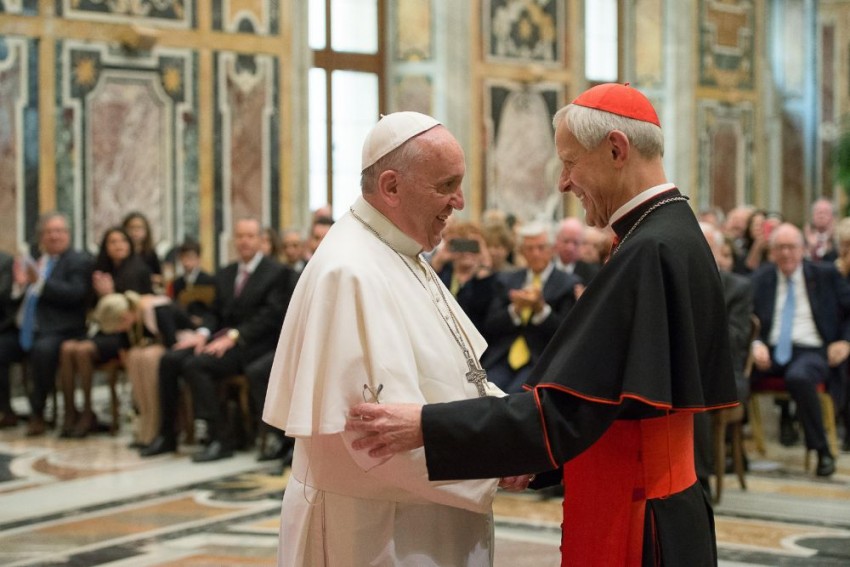 In this April 17, 2015, file photo, Pope Francis, left, talks with Papal Foundation Chairman Cardinal Donald Wuerl, Archbishop of Washington, D.C., during a meeting with members of the Papal Foundation at the Vatican. On Tuesday, Aug. 14, 2018, a Pennsylvania grand jury accused Cardinal Wuerl of helping to protect abusive priests when he was Pittsburgh's bishop.
AP Photo
Outlook Web Bureau August 17, 2018 00:00 IST Vatican In 'Shame And Sorrow' Over Sexual Abuses By Clergy In Pennsylvania 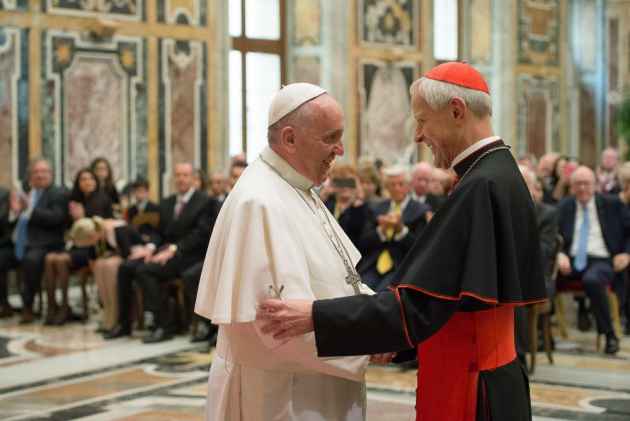 The Vatican has expressed "shame and sorrow" over a scathing Pennsylvania grand jury report about a clergy who raped and molested children in six dioceses in that state, calling the abuse "criminally and morally reprehensible" and said that Pope Francis wants to eradicate "this tragic horror."

In a written statement using uncharacteristically strong language for the Holy See even in matters like the long-running abuse scandals staining the US church, Vatican spokesman Greg Burke sought to assure victims that "the pope is on their side."

Pope Francis himself wasn't quoted in the statement, and there was no mention of demands in the United States among some Roman Catholics for the resignation of Cardinal Donald Wuerl, the archbishop of Washington.

The grand jury report made public this week accused the cardinal of helping to protect some molester priests while he was bishop of the Pennsylvania city of Pittsburgh.

Burke said that the incidents of abuse graphically documented in the report were "betrayals of trust that robbed survivors off their dignity and their faith." "The church must learn hard lessons from its past, and there should be accountability for both abusers and those who permitted abuse to occur," he said.

Victims and their advocates for decades have lamented that top Catholic churchmen repeatedly put the reputation of the church ahead of obligations to protect children from harm from pedophile priests.

In a sign that Pope Francis wants to end the pervasive mind set among church hierachy, including bishops and cardinals, he recently accepted the resignation from cardinal's rank of former Washington archbishop Theodore McCarrick amid allegations that the American prelate had engaged in sexual misconduct.

Resignations by cardinals are extremely rare, and McCarrick's was the first time a prelate lost his cardinal's rank in a sexual abuse scandal.

Burke said that Francis "understands well how much these crimes can shake the faith and the spirit of believers and reiterates the call to make every effort to create a safe environment for minors and vulnerable adults in the church and in all of society."

The grand jury report documented how pedophile priests were often protected by church hierarchy or moved to other postings without the faithful being told of the priests' sexual predatory history.

The long-awaited grand jury report was full of vivid examples of horrendous abuse. In one such example, a young girl was raped by a priest visiting her while she was in a hospital following surgery to remove her tonsils.

In another, a priest tied up a victim with a rope in a confessional booth, and when the victim refused to perform sex, the priest assaulted him with a crucifix.

Speaking about Francis, Burke said: "Those who have suffered are his priority, and the church wants to listen to them to root out this tragic horror that destroys the lives of the innocent."

Even before the report was released, a series of scandals over the last few decades involving pedophile priests and systematic attempts by pastors and bishops to cover up the abuse by shuttling offenders to new parishes had rocked the faith of many Catholics in the United States.

Similar abuse and determination by protect abusers had also stained the reputation of the Catholic Church in many other countries.

Francis recently did a turnaround on how accusations by victims in Chile were viewed by the Vatican.

After casting doubt on the victims' accounts during his visit to Chile earlier this year, Francis apologised to them, hosted the victims at the Vatican and later accepted the resignations of some of the country's bishops, who offered en masse to step down.

On Thursday, the US Conference of Catholic Bishops invited the Vatican to play a key role in investigating the scandal involving McCarrick, who allegedly engaged in sexual misconduct with minors and adult seminarians.

The conference's president, Cardinal Daniel DiNardo of Galveston-Houston, said that he would go to Rome to ask the Vatican to conduct a high-level investigation known as an "apostolic visitation" to deal with McCarrick's case, working together with a group of predominantly lay experts.

Sikh Man Stabbed To Death In His Store In US, Third Attack On The Community In Three Weeks