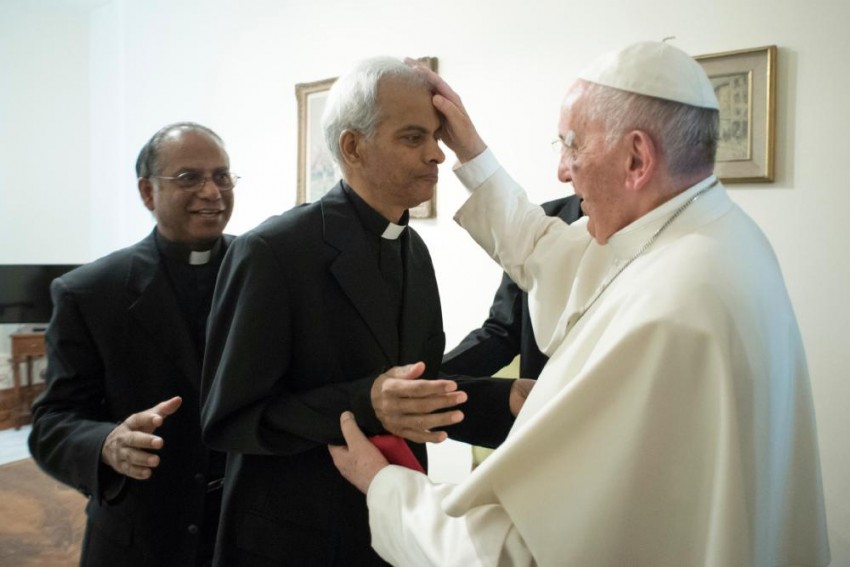 The Times of Oman has quoted the Oman government as saying that Muscat rescued Indian priest Tom Uzhunnalil from ISIS terrorists in Yemen after Vatican contacted Sultan Qaboos bin Said to help them find the priest.

“In response to the Royal Orders of His Majesty Sultan Qaboos bin Said and as per a request from the Vatican to assist in the rescuing of a Vatican employee, the authorities concerned in Oman, in coordination with the Yemeni authorities, have managed to find a Vatican government employee,” the newspaper has quoted the Oman government while reporting Uzhunalil’s release.

Uzhunnalil worked at an old-age home, founded by Mother Teresa’s Missionaries of Charity, and had spent 17 months in captivity.

"We know the type of criticism that had come couple of times when Father Uzhunnalil disappeared in Yeman. We are very happy that he has come back safely and I'm sure people will appreciate that we were able to get him out safe and sound," Singh had added.

"If a direct method failed to yield results, indirect methods are adopted and the aim is to get the problem solved," the minister had said.

India’s newly inducted Tourism minister Alphons Kannanthanam, who also hails from Uzhunnalil’s home state, Kerala, had said that his release “was made possible at the end of extremely complicated diplomatic efforts (by India)."

According to The Times of Oman, Uzhunnalil was transferred to Muscat on Tuesday morning and from there he had gone to Vatican the same day.

The Times of Oman report had also stated that “India's ambassador to Oman Indra Mani Pandey was pleased to see Uzhunnalil freed.”

“We are aware that he has been freed, and are happy that he is now out of danger. We would not like to share any more details about this at this time, and will wait for the Government of India to make a statement,” Pandey was quoted as saying by the The Times of Oman.

Commenting on this, Dr Rajeesh Kumar, Associate Fellow at the Institute of Defence Studies and Analyses, New Delhi, told Outlook, “For the last few years, Oman has been playing a mediator role in crisis ridden Arab World. In Yemen, both the government and anti-government factions have close ties with Oman. Oman has used its relationship with local tribes, mainly the Houthi group many times to help free foreign nationals who have been detained in Yemen. For instance, in October 2016 and in May this year, a French-Tunisian Red Cross worker and an Australian national were freed by Oman's intervention. This would be the main reason why Vatican sought the help of Oman.”

In her statement on Twitter on Wednesday, Sushma Swaraj thanked Yemen and Oman for Uzhunnalil’s release.