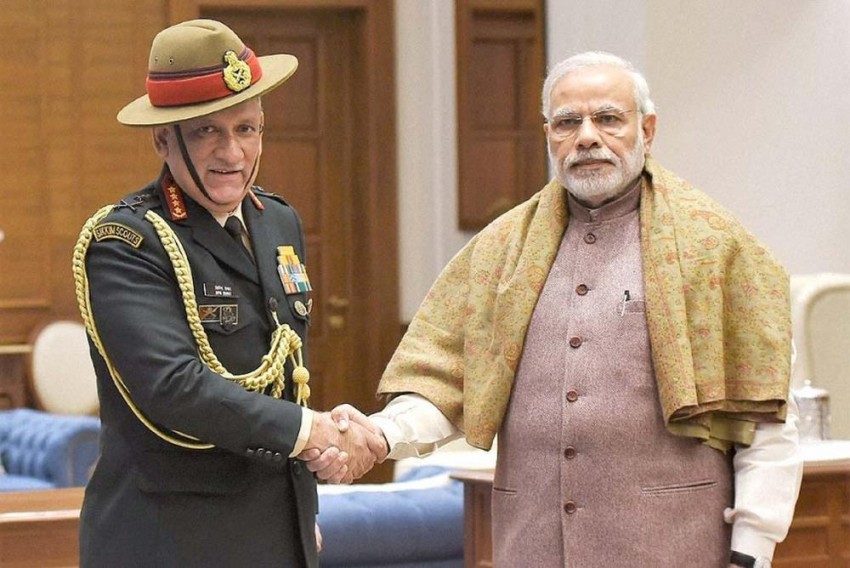 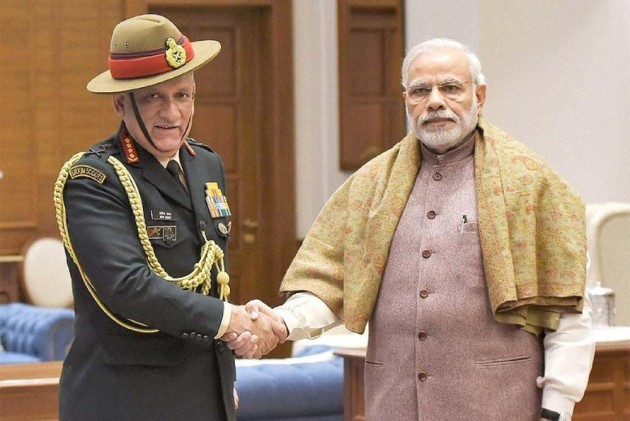 After videos of soldiers narrating their woes of poor pay and facilities went viral, Army Chief Bipin Rawat has said soldiers should bring up their complaints in person rather than put them on social media.

His remarks came a day after an army jawan posted a video on social media criticising the use of soldiers as 'sahayaks' of the officers.

However, Gen Rawat made it clear that 'sahayak' or 'buddy' system is very important part of the army but he is in talks with the government to look at the possibility of doing it away in peace stations.

He said that army personnel, rather than indirectly communicating their grievances, should use the "excellent" grievances redressal system existing in the force.

Gen Rawat described social media as a "two-sided" weapon which can be used favourably but can also be detrimental.

"I would like to announce that I have issued orders that in every army headquarters, we will have a chief of army staff suggestion-cum-grievance box placed at various places. We will follow suit with similar COAS redressal-cum-suggestion boxes being placed at command headquarters and then subsequently to lower formation," he said addressing his annual press conference here.

Assuring full confidentiality, the Army chief said anyone, irrespective of ranks or service, can use this mechanism to put whatever they wish to write into these letter boxes so that grievances can reach him directly.

Gen Rawat said the soldiers should write to him with names but he will ensure that the names of the personnel is deleted before any action is taken.

"We would like that people come directly to us rather than resorting to the social media or other means. Let the troops have the confidence in senior leadership of the army that their grievances, genuine of otherwise, will be addressed in right earnest. If dissatisfied, they can use other means," he said.

In the video yesterday, Lance Naik Yagya Pratap Singh, posted in 42 Infantry Brigade in Dehradun, said that after he wrote to Prime Minister Narendra Modi, the defence minister, President and the Supreme Court in June last year, his brigade received a communication from PMO asking for a probe into his problems.

Singh said that instead of investigating the issue, his superiors began harassing him and also initiated an enquiry, which could potentially result in his court-martial.

The video came in the backdrop of two similar clips trending on social media.