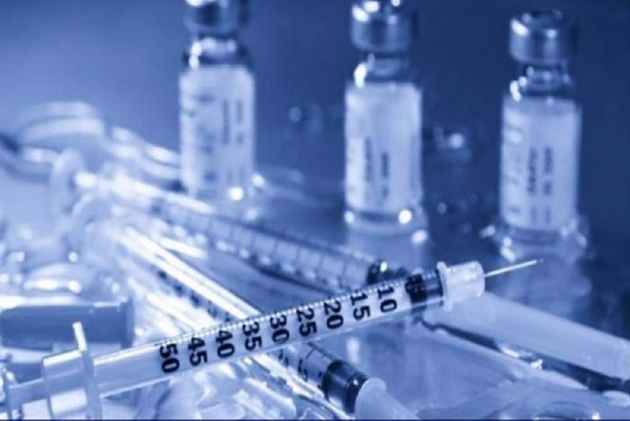 The advanced medical technology association, a consortium of medical devices companies in the United States, has approached the US Trade Representatives (USTR) to fully suspend or withdraw tax holiday granted to Indian companies exporting to America miffed at India’s efforts to cap prices of drugs and medical devices.

India’s long drawn efforts to bring essential medicines and devices under price control seems to have angered companies which are unable to make high profits on the sale of devices such as stents and knee implants.

The lobbying efforts come a few days before the India-US trade policy forum in Washington which is being held from October 26, 2017.

The technology association, known as AdvaMed, demands that the USTR withdraw benefits of India under the generalised system of preferences, a program designed to promote economic growth in the developing world. It provides preferential duty‐free treatment for over 3,500 products for export. A withdrawal of benefits from the GSP for India would mean that it can no longer export goods to the US and other developed countries.

The petition has forced health advocacy groups and even Dharamvir Gandhi, a Member of Parliament from Patiala, to write to the Union minister Suresh Prabhu to not bow down to such lobbying efforts.

AdvaMed alleges that because of the series of measures for price control, India has failed to provide equitable and reasonable access to market for foreign players. The letter also says that the Indian government has framed policies in a manner that benefits Indian industry while putting foreign competitors on the back foot.

It says, “The DPCO discriminates on its face in favour of drugs and devices developed and produced in India, and against drugs and devices that are produced abroad,” referring to the 5 year tax holiday provided by the government to Indian medical device manufacturers.

Several members of the civil society have spoken up against the efforts along with Member of Parliament from Patiala, Dharamvir Gandhi writing to the Health Minister, Prabhu about how such MNC’s are using tactics to exert pressure on India to reconsider decisions on price control of medical devices. He says,” The government should not buckle under the pressure from the industry or the USA. We should uphold our sovereign right to protect people’s health.”

In reaction to the Advamed letter, KM Gopakumar, of the Third World Network said that was a pressurizing tactic by the US-based medical device industry. “They want their corrupt practice to continue without any intervention and any intervention by US on this issue is in a way advocating government of India to allow the companies to continue with the corrupt practice.

The All India Drug Action Network too issued a statement in the regard calling the move reprehensible and exposes the unabashed greed of the industry and its willingness to hold poor peoples’ health at ransom for the sake of maximising profits. The statement draws an analogy with such efforts previously made by the US pharmaceutical industry to pressurise the Department of Industrial Policy & Promotion (DIPP), Ministry of Commerce and Industry to roll back decisions related to the rejection of patents on critical medicines such as Sofosbuvir for hepatitis C. “The US pharmaceutical lobby has also attempted to create barriers for the issuance of compulsory licenses on patented cancer medicines. Such pressurising tactics are now being applied by US corporations like Abbott, Boston Scientific and Johnson & Johnson to try and get the Indian government to dilute/reverse price control measures on essential medical devices that are increasingly being used to save lives and improve quality of life, and also to preclude policy interventions to safeguard the public health of people in India,” The statement reads.

It is important to note that before fixing the prices of cardiac stents, the NPPA collected data on trade margins of such devices which showed that companies, as well as hospitals, were selling stents at margins ranging from as high as 600% to 1000%. Additionally, the information collected by the NPPA showed that the landed costs of all but a few stents exceeded the price for viable mark-ups put by the Indian government.

AIDAN states that the reason for the letter was that the Indian Government rejected the companies’ demand for differential pricing for cardiovascular stents based on claims of innovation due to the complete lack of any data to support such claims. In fact, these companies (Abbott Healthcare, Boston Scientific, and Medtronic) failed to submit verifiable and credible evidence to demonstrate clinical superiority of the so-called “innovative” stents. Closer scrutiny of the “innovative” stents showed that they are actually “me-too” products that were being sold at a premium in order to create more profits, to the detriment of patients.

Rubbishing allegations made by Advamed against Indian manufacturers getting preferential treatment, Rajiv Nath, forum coordinator of the Association of Indian Medical device industry said, “Our won hospitals discriminate against Indian manufacturers and insist on a mandatory US FDA clause which we cannot provide, how is this preferential treatment?” He adds saying Indian manufacturers are working on building a consensus to rationalise trade margins and the government should protect hapless consumers as high and irrational MRP is an issue with Indian manufacturers too. He also said that when the government capped the prices and Mark-ups. It was the margin of hospitals that got affected while the margins of manufacturers were left untouched. “The US has strict laws on unethical market and corruption to get business. The minutes of meeting in NPPA had indicated this possibility in the skewed market for stents in India. The US should instead investigate the role of US manufacturers for breach of this code and collusion with institutes and doctors,” he said.

Nath had previously also sent a letter to Sanjay Baru, Secretary General FICCI about such MNC’s approaching USTR. It stated,” The U.S. MNC's have been dominating the Medical Device Forum in your esteemed Organization and have misused the platform time and again and spoken on behalf of the Indian Industry while actually working to the detriment of the actual Medical Device Indian Industry.”

The subject is bound to be discussed in the coming few days in the India-US Trade policy forum. According to most activists, India should not succumb to such pressures and must continue the process of price control for in order to improve health care costs within the country.