Discretion is definitely not a Delhi thing. Feeling free is. 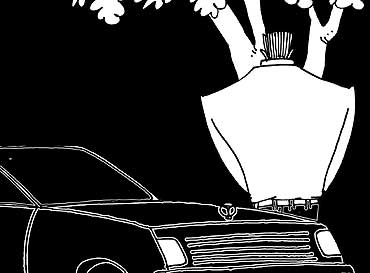 Delhi-extreme heat. Extreme cold. Bitter cold. "Enjoy it," said a fri-end, "It’s the only place where you do not pay for a sauna." Delhi has this to offer and several shades in between. What is also free is the ‘cool’ attitude of the privileged and the rudeness of the man in the street. Is the Delhiite an ‘uncultured’ person? No. When you get beneath the veneer, there is a rustic, simple warmth. Now, whether the Delhiite- rich or poor, educated or not-can tell the difference between a raag or a taal is immaterial. He makes no claims to these and sings if he wants to. He is a survivor-first and last. And attempts to survive in every milieu, however rare. Yes, even in the arts!

Delhi has bloated like a middle-aged woman. Spread out in huge, ugly tyres of colonies. The houses are ugly. Every façade is from a dream sequence of some Bollywood film. But inside, there is usually warmth lined heavily with calculated moves at assessing who you are and your status in society. Discretion is definitely not a Delhi thing. Feeling free is.

For instance, men do not hesitate one bit to relieve themselves on the broad footpaths of Lutyens’ avenues. I thought they were mainly gardeners or policemen. But no. On a cold winter night, a savvy dude will step out of his Merc and do the same.

Delhi is not for single women, they say. True and false. Thirty years here have taught me that most men are slightly shy of single women and (only slightly) respectful too. Getting a water meter in the ’70s found me being tossed from one desk to another in the Water Department, until I reached a man who asked me for a ‘file’. A friend laughed and said he was too embarrassed to ask for twenty. "Put it in the file and your job is done." So it was. Neighbours were the same. ‘Shy’.

Yet, wonderful things happen in this city. Shows, talks, concerts in parks, weddings, walks, seminars, films, theatre, galleries. Intelligent, sensitive people debate the fate of India and its politicians like they are one’s neighbours. Which they are! Pompous know-alls have the answers to our problems. Decent friends and upright bureaucrats force one to acknowledge the strength of this country too. Not everyone is selfish.

So what if every Delhiite wants a car? Every ‘Madrasin’ wants to have idli. What’s the difference? To each his own. No one can take away from the chill air at a garden or monument where the country’s best artists perform. Or from the joys of chaat and golgappas at Bengali Market. All this, while those who will, topple governments. These are the cards that Delhi deals. Like any other situation in life, choices have to be made and enjoyed.

The Thief, His Tortoise, Their History, And The Revenge Of Myth