Twists And Turns In The India-China Border Saga

It would be illogical for India to open a Cold War style front with China when the potential costs significantly outweigh geopolitical advantages. 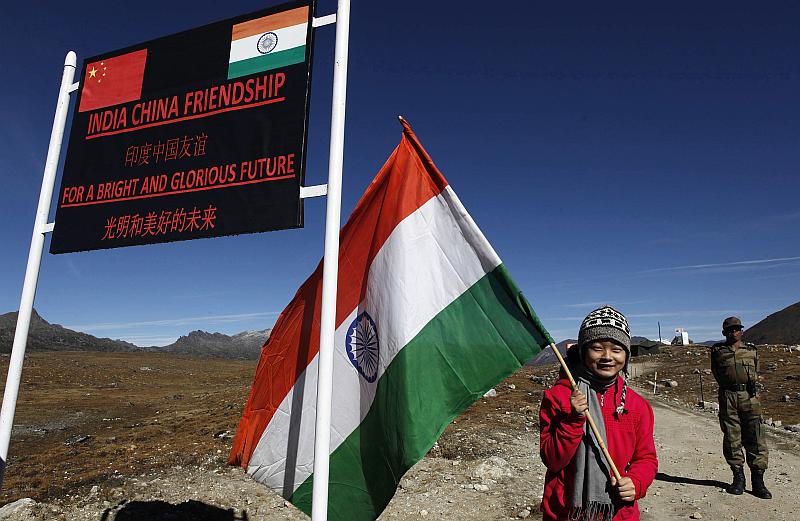 The border dispute with China is so old but Indians are yet to come to grips with how this dispute can be resolved. The historical roots of the Sino-Indian frontiers have been narrated in several accounts. Understanding the historical variations and context around how China approaches the dispute has curiously received less attention. A focus on the intricacies of competing claims needs to be embedded in a geopolitical setting, which has been changing since the 1950s.

China links the border issue to its geopolitical environment

Although the Chinese position provides the appearance of continuity, the actual bargaining posture has been one of extraordinary flux often shaped by geopolitical considerations that have little to do with the border itself. Let us explore each of these inflexion points in China's approach to the dispute.

In April 1960, Zhou Enlai embarked on an ambitious diplomatic mission to India to attempt a resolution. But let us recall the context. The previous year Sino-Soviet differences had come into view, ironically because Moscow publicly broke ranks with Beijing by taking a neutral position on the India-China dispute. By the first half of 1960, Moscow withdrew its experts from China and suspended all economic contracts. In such a deteriorating environment, Beijing made a decision in January 1960 to take a more pragmatic line on the dispute with India and other unresolved frontier disputes with neighboring countries. The PLA was also ordered to adopt a policy of restraint and avoid armed clashes. Zhou's Delhi visit was an outcome of Beijing's policy to defuse tensions and arrest a worsening of its geopolitical environment. Zhou's famous words that India should "take towards the western sector an attitude similar to that which the Chinese Government had taken towards the eastern sector" were spurned by Delhi. More importantly, policymakers completely misread India's relative position in the changing international environment. This proved costly with India sleepwalking into conflict with a radicalised Mao in 1962.

After a hiatus of fifteen years diplomatic relations were reestablished in 1976 when Indira Gandhi decided to exchange ambassadors. The process was carried forward in 1979 when Atal Bihari Vajpayee visited China. From India's perspective, the visit was largely exploratory. Deng Xiaoping, unexpectedly, made a package proposal officially to Vajpayee without any prior diplomatic feelers. Deng told Vajpayee that a comprehensive settlement based on the exchange of claimed territories in the two sectors would settle matters for good, subject to what he described as adjustments "here and there" as necessary through detailed discussions in follow up action, once the overall principle was settled. Vajpayee responded with the Indian position that it should be possible to deal with areas of little or no difference first (the eastern sector) and then move on to areas where there was greater divergence (Aksai China). Deng ruled out a sector-by-sector approach and used the expression "package solution", to describe his proposal, one that would settle the dispute in one go. In his memoirs, Foreign Minster Huang Hua records that the package offer was again repeated in his talks with India's Foreign Minister Narasimha Rao in June 1981. Sharada Prasad records that Deng Xiaoping repeated the "package deal" to Indira Gandhi's close advisor G. Parthasarathy in September 1982. Unfortunately, India was unable to even accept the swap principle let alone endorse it as the basis for a border settlement.

Let us, again, explore the geopolitical context underlying China's postures. While the ice had been broken in Sino-American ties in 1971, the normalisation process assumed a greater impetus after Mao's demise and the arrival of a reformist Deng Xiaoping. A month before Vajpayee's February 1979 visit, Deng was in Washington engaging in candid exchanges with the Carter administration on countering the "Polar Bear". Both sides were quite explicit that Sino-American geostrategy must seek to wean India away from its Soviet ally. US national security advisor, Zbigniew Brzezinski told Deng, "The U.S. has improved its relations with India" and "it's important for Sino-Indian relations to improve as well". Deng "agreed" with this logic. On Pakistan, Deng urged Carter to provide "solid assistance". In January 1980, Deng told visiting US Defense Secretary, Harold Brown that "after Pakistan has been strengthened, India will become a more stabilising factor" in South Asia. Brown's comments to Chinese Vice-Premier Geng Biao are instructive: "Indians must be brought to realise that there is no longer a concern about a threat from China. We think it is important that you renew a dialogue with the new Indian government and seek a compromise understanding on the border issue that would permit India to turn its attention elsewhere." China's attempted rapprochement with India must be located in the wider geopolitics of the time.

In June 1981, formal border talks were initiated after Huang Hua's meeting with Indira Gandhi. Eight rounds of talks were held between December 1981 and 1988. During the initial rounds, both sides adhered to their bargaining playbooks: India sought to address the eastern sector first which it viewed as relatively solvable and hoped to create a positive atmosphere for discussions on the western sector. China favoured a "comprehensive settlement". Then, in the sixth round in November 1985, Chinese negotiators pressed claims in the eastern sector south of the McMahon Line. In an interview to Indian journalists in June 1986, China's Vice Foreign Minister, Liu Shuqing, said "the eastern sector is the biggest dispute and key to the overall situation". The official Chinese statement after the seventh round in July 1986 stated, "The Indian side noted a hardening of the Chinese stand…".

Again, the changing geopolitical environment might explain the shift in Beijing's approach. By 1983, China was once again beginning to rebalance its foreign policy towards non-alignment after problems over Taiwan resurfaced in US-China relations. For its part, Moscow was attempting its own rapprochement with the post-Maoist leadership and offered to re-open border talks in February 1982. The post-Brezhnev Soviet leadership continued its China outreach with Huang Hua visiting Moscow in November 1982. Finally, in July 1986, Gorbachev sought to structurally transform the Sino-Soviet relationship and pave the way for a normalisation process culminating in Gorbachev's 1989 China visit. During Gorbachev's India visit in November 1988, "The Soviets made it clear that they wanted to normalise their relations with China, and called upon India to do likewise." With Moscow assuming a neutral position on the India-China dispute, the impact on China's calculus was clear. China changed its posture by demanding serious concessions in the eastern sector. By the time of the Rajiv Gandhi-Deng Xiaoping December 1988 summit, India's global geopolitical position had actually weakened with China no longer perceiving India through a triangular Sino-Soviet lens.

The next big move came in April 2005 during Wen Jiabao's India visit. India and China signed a 'Political Parameters and Guiding Principles' Agreement, which constitutes a set of principles that finally reconciled hitherto competing positions, and importantly, albeit indirectly, implied a path to return towards a comprehensive swap deal with minor exchange of territory. Yet again, changing geopolitics appeared to be the underlying factor behind Beijing's surprising decision to formally endorse such an agreement. A new American policy to normalise the relationship with India and locate it in a wider Asian setting may have prompted Beijing to raise its own game with India via the 2005 agreement. The follow through, however, quickly fizzled out for reasons that remain unclear. Some argue that Beijing was probing India's new orientation and the intentions of India's new strategic patrons. Regardless, China shifted towards a passive-aggressive policy of simultaneous engagement and a "hardening" on the border dispute.

Will we see another "swap offer"?

We are now at yet another global inflexion point with multiple possibilities for a changing Chinese posture. Xi's China finds itself on a path of heightened competition with the US across Asia. The alignment with Russia has given China enhanced strategic depth to re-define its role and assume more great power characteristics than it could do alone. It is reasonable to postulate that China's geostrategy would prefer a friendlier India and stable frontiers with the subcontinent. But to what extent this would shape China's incentives to solve the dispute on reasonable terms remains unclear. China is nowhere near as isolated, vulnerable or domestically divided as it was in previous episodes when a border resolution was viewed in Beijing as a positive lever to stabilise its southern periphery.

The Indian elite for its part must enlighten the body politic that its original claims to Aksai Chin are not cast in stone and were too casually inserted into the border narrative and official negotiating position with consequences that are still with us. But India must also cast its gaze on global geopolitics and discern changing trends with a sober outlook and always with an eye on its own long-term interests. It would be a premature and even dangerous premise to visualise that India's relative global position enables it to actively play triangular or quadrilateral geopolitics with China. To 'swing' towards an anti-Chinese alignment and hope to be 'weaned away' by China is unlikely to work in practice. The reason is obvious but needs reiteration since it continues to elude Indian geostrategists: China's negative or coercive leverage on India — both vis-à-vis Pakistan and structural superiority on the Himalayan frontiers — cannot be offset by an external balancer. Even more ironically, the so-called balancing partner, the US actually finds itself closer to China than India when it comes to Pakistan and the strategic balance within the subcontinent. Bluntly put, it would be illogical for India to open a Cold War style front with China when the potential costs significantly outweigh geopolitical advantages.

Therefore, it would be prudent to maintain the present course of multi-directional engagement with China and its neighbours, and, simultaneously focus more on buttressing the domestic sinews of our comprehensive national power. That alone will gradually change the regional environment and alter Chinese incentives to cultivate a serious and strategic equation with India. The next opportunity for a border settlement will emerge naturally when the time is ripe.

The writer is research scholar at King's College London and author of India China Relations: The Border Issue and Beyond (2009)