TVS has recently announced that its flagship scooter, the NTorq 125 has crossed the 1 lakh sales mark. Ever since its launch, back in February this year, the scooter has garnered rave review from critics and fans alike. So much so, that it even replaced the Honda Grazia as the bestselling 125cc scooter. To put things into perspective, the Grazia clocked a sale of 17,147 units as compared to NTorq's 18,278 units last month. 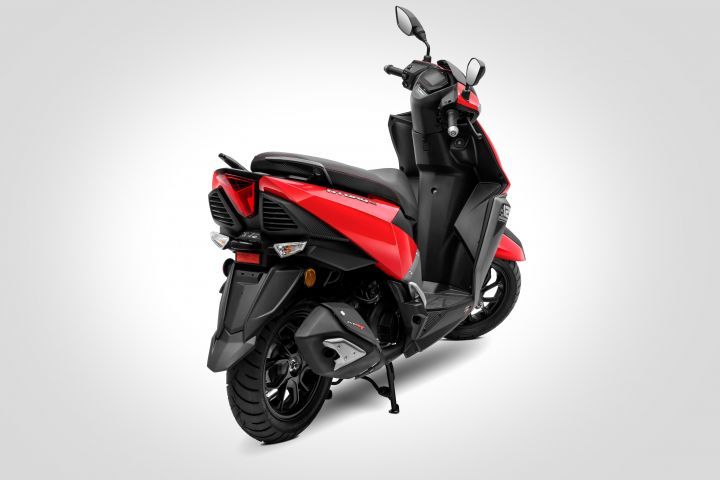 This is mostly due to the scooter's value-for-money package when it comes to engine refinement and the features on offer. Just in time for the festive season, TVS has also updated the scooter with a new Metallic Red colour option. 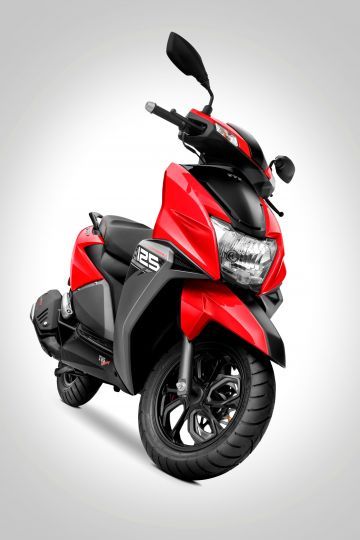 Hosur, September 18, 2018: TVS Motor Company, a reputed manufacturer of two-wheelers and three-wheelers in the world today announced that their 125cc scooter offering TVS NTORQ 125 has crossed the 1 lakh sales mark.  The brand has also introduced a new colour – Metallic Red ahead of the festive season.

TVS NTORQ 125, which was launched in February 2018, has been developed based on the TVS Racing pedigree and comes with the state-of-the-art CVTi-REVV 3 Valve engine.   The scooter, which is targeted at the Gen Z, boasts of an exclusive technology platform – TVS SmartXonnect* - making it India’s first connected scooter. Within 6 months of the launch, the scooter has witnessed immense demand from the target audience leading to 22 lakh visits on the website and consistent enquiries across dealer channels as well as social media platforms.

Commenting on the milestone, Mr. Aniruddha Haldar, Vice President (Marketing) – Commuter Motorcycles, Scooters & Corporate Brand, TVS Motor Company, said, “TVS NTORQ 125, our first 125cc scooter, is also India's first Bluetooth connected scooter.  The GenZ, our intended audience, has responded with love to this new offering. They not only took the TVS NTORQ 125 to their homes but gave it a pride of place across their social platforms. This kind of brand love early on is remarkable and redoubles our enthusiasm to live up to the faith of our consumers.’’

TVS NTORQ 125 gets the new generation CVTi-REVV 124.79cc, single-cylinder, 4-stroke, 3-valve, air-cooled SOHC engine that churns out 6.9kW@7500 rpm / 9.4 PS @7500 rpm and 10.5 Nm@5500 rpm.   The additional valve in the engine accentuates the performance of the scooter which boasts of a top speed of 95 kmph and an excellent acceleration, together with a unique exhaust note.

The scooter premieres the TVS SmartXonnect*, an innovative Bluetooth-enabled technology which is paired to an exclusive NTORQ mobile App which can be downloaded from google play store.   TVS SmartXonnect* enables a host of first-in-segment additions to the fully digital speedometer, which boasts of 55 features including navigation assist, top speed recorder, in-built lap-timer, phone-battery strength display, last parked location assist, service reminder, trip meter and multi-ride statistic modes such as Street and Sport.

Taking cue from the design of a stealth aircraft, TVS NTORQ 125 embodies a sharp, aggressive style with a signature tail and LED tail lamps.  It is available in the colour selection of Matte Yellow, Matte Green, Matte Red and Matte White. In April 2018, the brand introduced the Metallic series which includes Metallic Blue, Metallic Grey and the recently launched Metallic Red.