Togadia 'No More Relevant' To Ayodhya Issue: UP BJP Chief

The UP BJP chief's remark came following Togadia's demand from the BJP government at the Centre to either enact a law or bring in an ordinance "to fulfill its promise" of building Lord Ram Temple in Ayodhya. 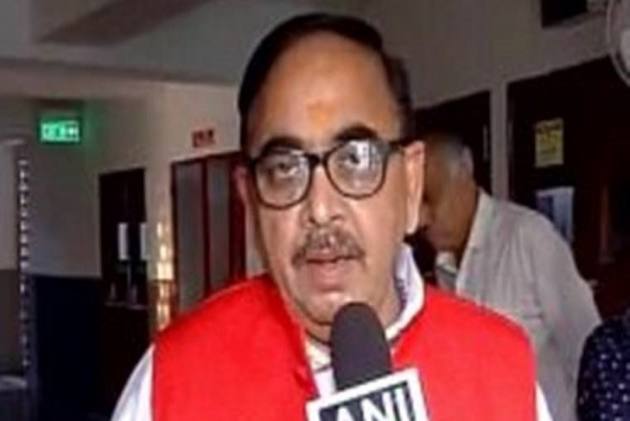 “The BJP stand is very clear. It is committed to building Ram Temple in Ayodhya. It is of the view that the Ram temple should be built through consensus or as per the way shown by the court. And, whenever, such circumstances arise, the party will always be ready,” Pandey told PTI in an interview.

The UP BJP chief's remark came in the wake of Togadia's demand from the BJP government at the Centre to either enact a law or bring in an ordinance "to fulfil its promise" of building Lord Ram Temple in Ayodhya.

Pandey said,  “As far as Togadia is concerned, he is no more relevant."

Once considered a firebrand Hindutva leader, Togadia, during his recent Lucknow visit, had said, “Our demand (from the BJP government at the Centre) is that they should fulfil their promises. Build a Lord Ram Temple in Ayodhya by taking the ordinance route or enacting a law in Parliament..."

In September this year, Togadia had slammed Prime Minister Narendra Modi and RSS chief Mohan Bhagwat for not fulfilling the promise of building Ram Temple in Ayodhya during a three-day lecture series.

In a recent development, UP chief minister Yogi Adityanath had said the Supreme Court should pronounce its judgement in the Ram temple case as it had done on the matter of Sabarimala temple.

"If Supreme Court can give judgement in the Sabarimala case, it should also give its order in Ram temple case. I request the court to do so," Adityanath said on Saturday.