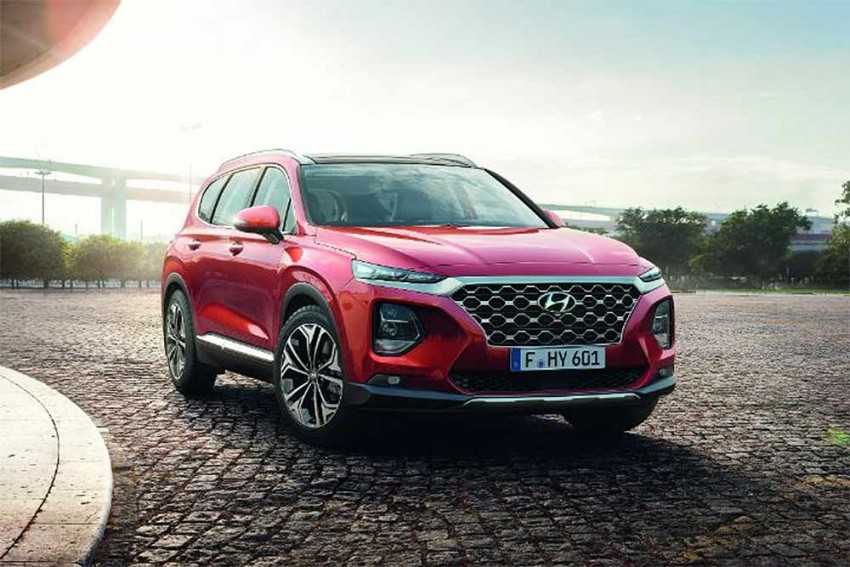 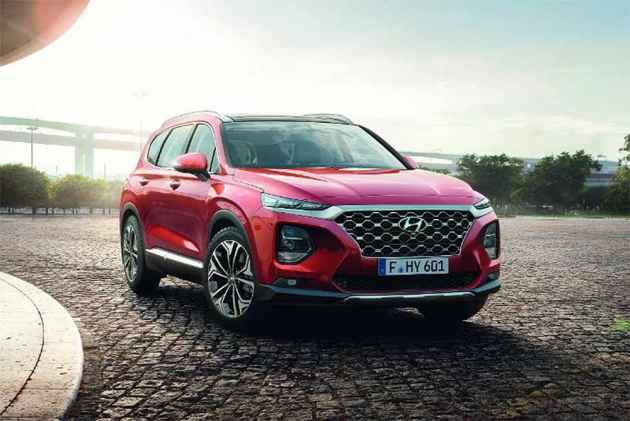 Hyundai has officially showcased the new Santa Fe at the Geneva Motor Show 2018 and it looks very much like the teaser images which were released earlier last month, except the fact that it’s more grounded to earth. The fourth generation Santa Fe has grown in size, features Hyundai’s latest design philosophy, an improved AWD system and advanced safety systems, says Hyundai. 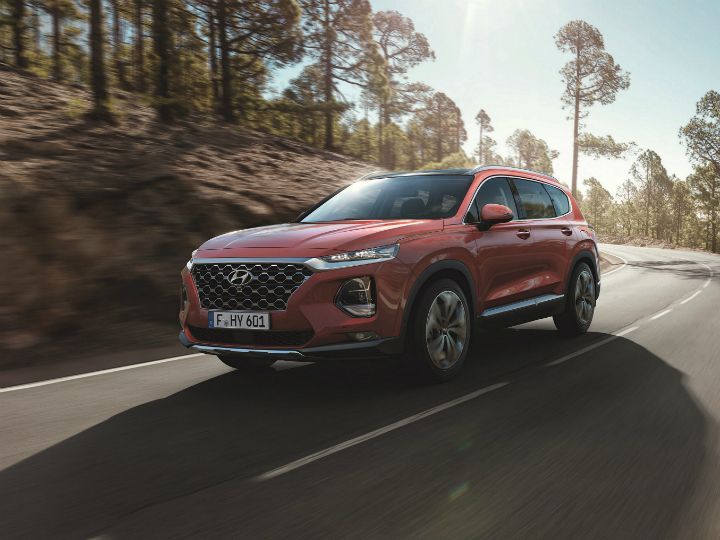 We now know what the new Santa Fe looks like in the flesh (sort of); at the front, it is very ‘Kona-like’ with elements like the split ‘Composite Light’ design (also seen on cars from sister company Kia) and a large version of the company’s signature ‘Cascading Grille’. The upper lights are underlined by a chunky chrome bar that originates from the top bit of the grille. 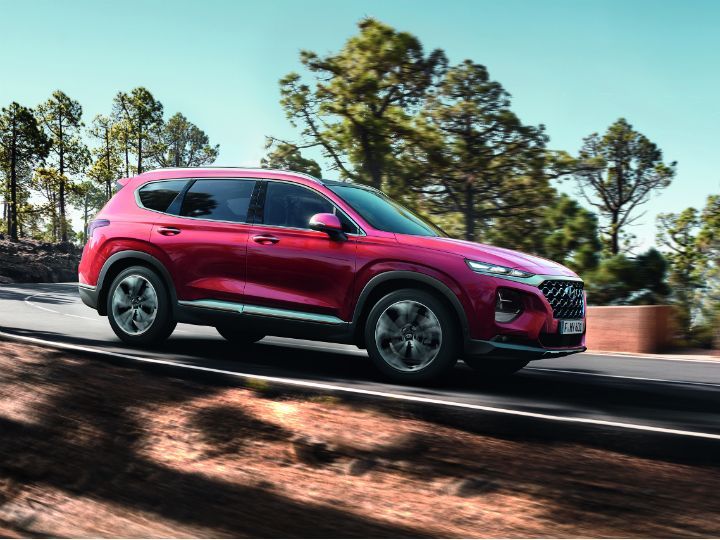 The design at the side is all about contrasting surfaces and mixed materials; the body cladding is thick and follows the contours of the lower half of the SUV, the sheet metal features curves and cuts and the windows get chrome outlines and blacked-out pillars. Being a seven-seater, the Santa Fe gets a rather large quarter panel, which features a pronounced kink for style. 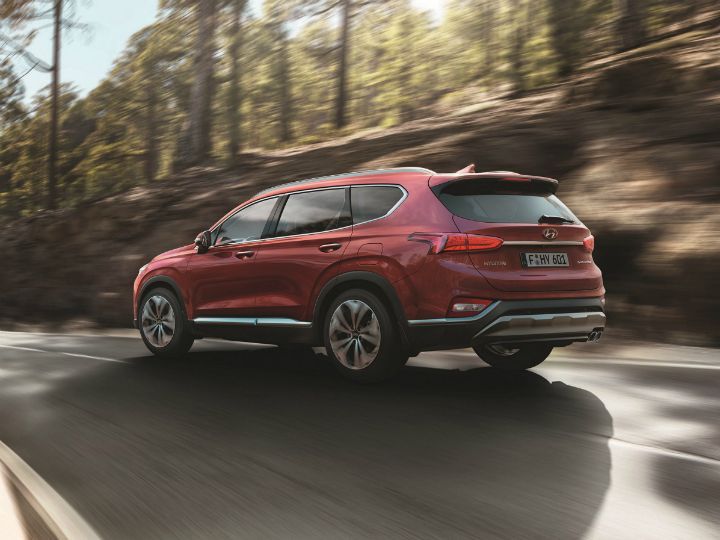 The rear design has been properly revealed for the first time; the sketches shown earlier were rather fanciful. Here, the design seems more of an evolution over the previous model, but there are still elements which catch your eye - including the sleek taillamps which seem to be pinched to the sides to meet the shoulder line that joins them to the headlamps. The bumper features a large faux skid plate, but apart from that, there is not much going on here. 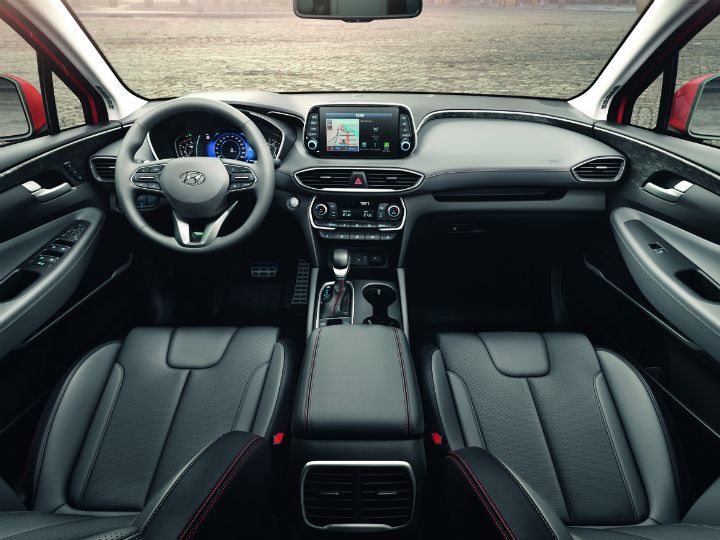 The twin-cockpit design from the previous model has been carried over but with major modifications; it looks less cluttered now. Highlights include a digital-analogue instrument cluster with a large centre digital screen, freestanding centre infotainment screen with sizes up to 8 inches, sleek A/C vents and a full leather upholstery. An 8-inch heads-up display also sits in front of the instrument cluster, with Hyundai claiming this to be one of the best systems in its segment because of the clarity, information displayed and brightness (of 10,000 cd/m2). 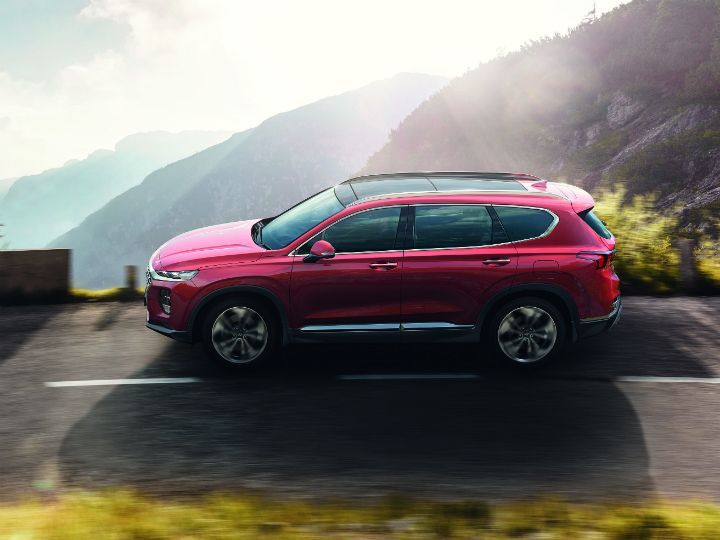 For now, Hyundai has announced that the Santa Fe will be offered with four engine options - three diesels and a petrol - all of which adhere to Euro 6 emission norms. The R 2.0-litre diesel engine can be had in either of the two power configurations - one developing 150PS of maximum power and the other developing 182PS - and can be paired to either a 6-speed manual or a new 8-speed automatic transmission. The larger 2.2-litre CRDi develops 197PS of maximum power and is paired to the new 8-speed automatic transmission. The ‘Theta II’ 2.4-litre petrol motor develops 185PS of maximum power. 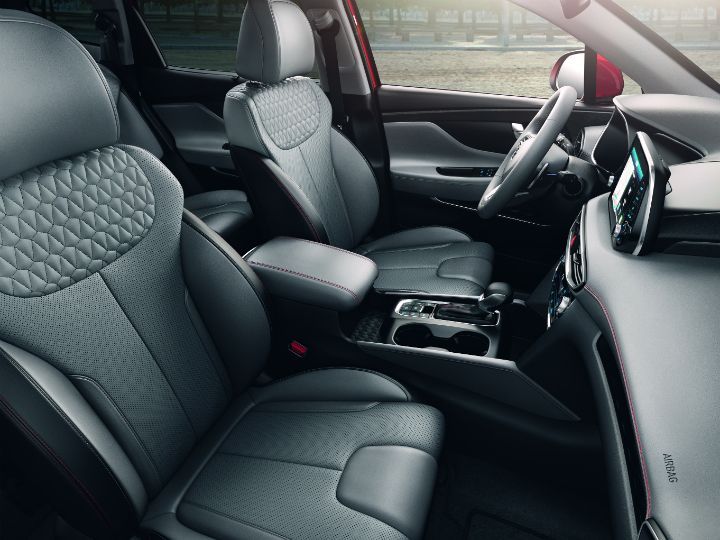 The Santa Fe now gets an improved AWD system with HTRAC, which takes wheel grip and vehicle speed into account and splits torque between individual wheels for better traction in almost every road condition while also improving cornering ability and stability. The Santa Fe will go on sale in Europe and the US later this year, but whether it will be launched in India remains to be seen.