Maradona raised eyebrows when it was announced in September he was taking the managing job at struggling Dorados, who were then in 13th place in their 15-team league. 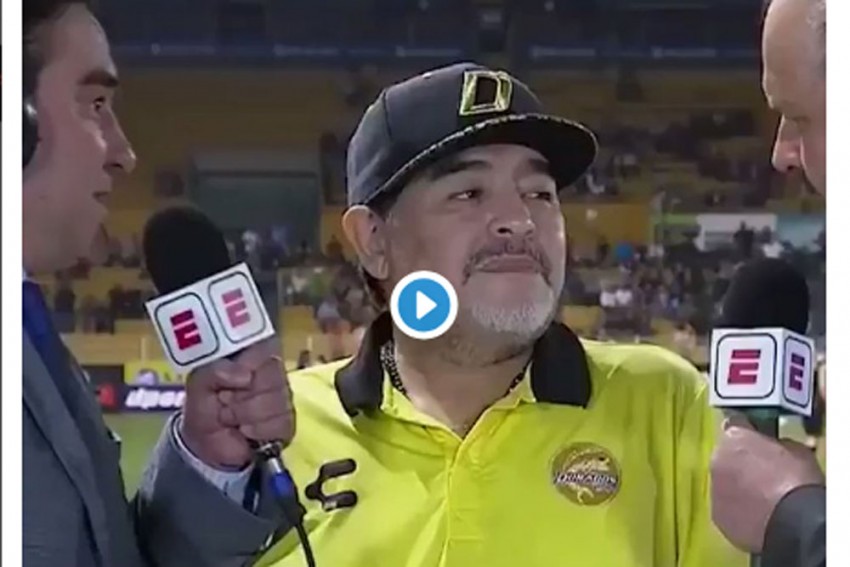 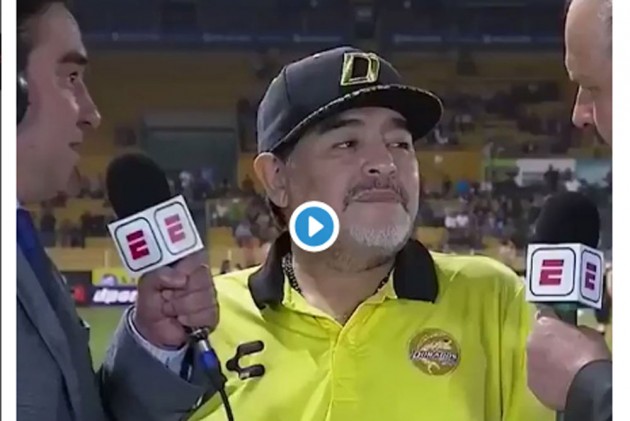 Legendary Diego Maradona seemed to have forgotten how to speak. And we have proof.

In a post-match interview after an Ascenso MX match last month, Maradona was asked about the level of the of Mexico's first division.

The interviewer asked him, "Diego, being here in Mexico, I guess that you have watched the MX League first division more regularly. You have observed it more closely."

"I guess you already knew a little about it. What do you think about the level of the MX League?"

Diego Maradona with one of the greatest post-match interviews ever. pic.twitter.com/jIJuF2Ppyv

It will go down as one of the greatest interviews ever. It became so famous, other sports leagues started using the footage for their own purpose, to great effect. Here's one sample:

Not even the great Diego #Maradona can predict the #BBL08 winner...

Dorados, from the western state of Sinaloa, lost their second-leg final to Atletico San Luis, who pulled off a 4-2 victory in extra time at home to win the title series 4-3 on aggregate.

Maradona raised eyebrows when it was announced in September he was taking the managing job at struggling Dorados, who were then in 13th place in their 15-team league.

Skeptics questioned what interest the 1986 World Cup champion from Argentina, who has publicly battled drug addiction and alcoholism, could have in moving to a place better known for drug cartels than football.

But he answered his critics with an emphatic series of wins, improbably coaching the team to the championship and within spitting distance of promotion to the first division.

Maradona, 58, had to watch the match from the stands, after being sent off near the end of Dorados's first-leg victory for launching a tirade against the officials when he thought his team should have been awarded a penalty.

A plethora of Maradona scarves, jerseys and other merchandise was on offer outside the stadium ahead of the match.