Home  »  Website  »  National  » News Analysis  »  This Former 26/11 Commando Has A Bullet Splinter In His Lung, But He Is Training To Be The Next Ironman

This Former 26/11 Commando Has A Bullet Splinter In His Lung, But He Is Training To Be The Next Ironman 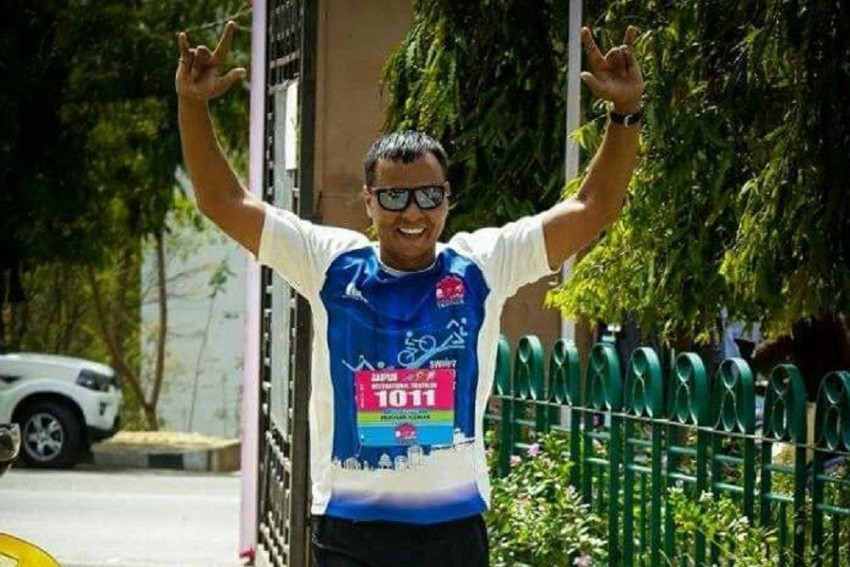 Facebook/Praveen Kumar Teotia
Saswat Singhdeo September 15, 2017 00:00 IST This Former 26/11 Commando Has A Bullet Splinter In His Lung, But He Is Training To Be The Next Ironman 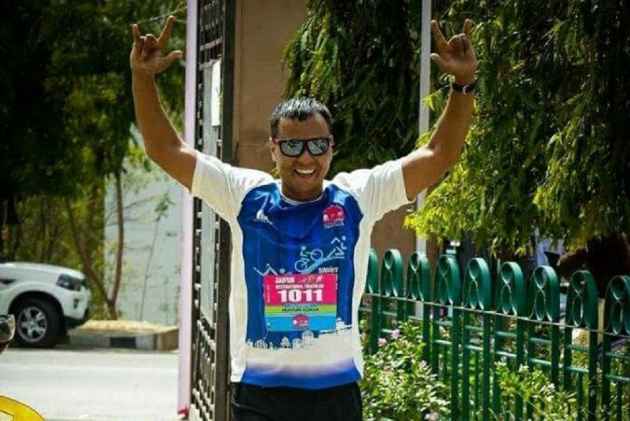 Someday in 2013, when 32-year-old Praveen Kumar Teotia stood on a weighing scale, the needle hesitatingly came to halt at 78. That number could have got him fired if he were a commando. But he wasn’t anymore, at least by designation.

His tummy and legs reminded him that he was 22 kg heavier than he was 3 years ago when he took on the terrorists holed up in Mumbai’s Taj hotel as part of Operation Black Tornado on November 8, 2008.

One morning in Vishakapatnam, he put on his jogging shoes and ran for 500m. His lungs hurt more than anything. It is, no doubt, a bullet splinter lodged in his lung during the encounter that’s hurting him. Another bullet had severed his ear, leading to partial hearing loss.

"I ran for 500 metres and when I came back my lung was hurting, but that didn't stop me," says Teotia.

The pain can’t be greater than sending a Navy Commando, who has been in the thick of action, to work in the desk after being discharged from the hospital in March 2009. Depression had begun to gnaw him up.

"I was so depressed that I never imagined of living a normal life once again," says Teotia.

"While sitting, blood and pus would start oozing out of my body, making it extremely difficult for me to sit and work."

But nothing lasts for ever.

He continued running, and from 500 metres, he pushed the limits. He increased the stretch to 5 kilometres in just a month.

"I started gaining confidence after my running ability increased" – a triumph of mind over matter.

And then his colleagues in the Navy seeded the idea of marathon in his brain.

He first took part in a half-marathon in Mumbai in the year 2015, but registered under an alias as the Western naval headquarters wouldn't have allowed him to risk his health by taking part in the event.

Teotia breasted the ribbon in 1 hour, 53 minutes while the stipulated time was 2.5 hours.

From there, there was no looking back for Teotia. He has participated in multiple half- and full-marathons till now before he took voluntary retirement as a Sailor on July 31.

Then came the toughest challenge -- Khardung La marathon where he had to run at an extreme altitude of 18,000 feet where you are taking in 50 percent less oxygen than at sea level. He completed the task in 12.5 hours. Not a mean achievement for one with bruised lung.

His next aim is to complete the Ironman event, the hardest one-day endurance race in the entire world, covering a staggering 140 miles from start to finish by swimming for 2.4 miles, pedaling a cycle for 112 miles and then finish the day by progressing onto 'the run'.
But his immediate challenge is landing a job to fund his dream run.