As Google Doodle marks the singing legend’s 145th birth anniversary, a peek at what challenge the Hindustani vocalist overcame to make it big in recording annals 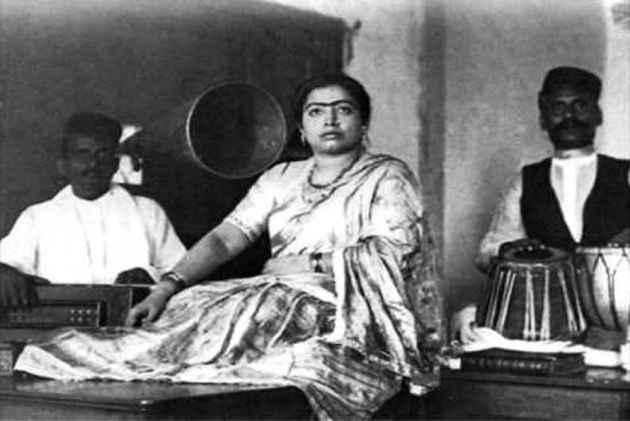 To be born in a north Indian small town to parents of a European descent, be converted from Christianity to Islam as a child and then move to an ancient Hindu centre like Benares—all within the age of eight—make Gauhar Jaan’s Raj-era formative years eventful to the core. Today, 13 decades after the classical musician gave her debut concert, Google Doodle is celebrating the 145th birth anniversary of the legend who went on to cut no less than 600 records in a range of genres featuring lyrics in as many as a dozen languages.

For all the fame Gauhar (1873-1930) enjoyed in the prime of her life as a courtesan during which she had relations with “at least three men” of certain eminence, the artiste died in virtual penury—even more ironically, while serving as a palace musician down-country. On the brighter side, the woman, who also danced, still earned her share of historicity by featuring among India’s first vocalists to be recorded.

That happened soon after the turn of the previous century. In the autumn of 1902, to be precise. It was the time when Gramophone Company was on a world-wide six-week-long exercise of recording music of ‘local’ artistes—and American sound engineer Fred Gaisberg had Gauhar on his assignment list. That resulted in a disc carrying a morning melody from the Hindustani vocalist. A khayal in raga Jogiya got etched in a 78 rpm record.

Now, these are discs that make 78 revolutions per minute—and can play music for a span of three minutes or a little more than it. It is here that the matter becomes an adventure for an exponent of a vintage form like Hindustani classical, where the main item at concerts takes an hour’s time on an average to bud and bloom. That way, it would have been challenging for Gauhar to distil the essence of a raga or a composition in a time that is too little by conventional standards.

The Jogia-raga composition, which Gauhar chose to sing in her debut record, sounds high-pitched—a style common in the pre-microphone era when the voice warranted tremendous physical exertion to be heard to the audiences when sung from a public platform. The mental strain, too, merits special appreciation, given the artiste was chased by a factor that was alien to her contemporaries in Hindustani vocalists: time duration.

That the art of compressing a broad idea to its core is something particularly tough is what instrumentalist Amjad Ali Khan observes much later in the contemporary history of Hindustani music. In a book brought out last year, the sarod maestro seeks to emphasise his notion that such an exercise amounts to modernising the art-form without losing the infrastructure. In the book Masters on Masters, he goes on to recall an instance from the 1980s. That was the time when Amjad Ali had recorded an album of short pieces, and received wide flak from music lovers who termed them as ‘capsules’. To this, the maestro says that there can, inversely be cases, where “after maybe an hour” of an expansive delineation, the audience may feel it was “all repetition”. That’s why, the idea of “extended” bandishes didn’t go well with, say a musician no less than 20th century’s Bade Ghulam Ali Khan, even as almost around the same time, another titan, Kumar Gandharva “rightly believed that tradition is the ever-flowing river into which you never step twice.”

On June 26 now, when it is again Gauhar’s birth anniversary, septuagenarian Amjad Ali’s observations sound to all the more legitimise the pioneering mission of the vocalist, whose original name was Angelina Yeoward. Born in Azamgarh of present-day Uttar Pradesh, she migrated as an eight-year-old to Benares on the banks of the Ganga with her mother, courtesan Kathak dancer Malka Jaan (originally Victoria Hemmings, with a Hindu mother) who had by then divorced her Anglo-Armenian husband.

Gauhar was only 14 when she gave her first concert. That was in 1887 at the royal courts of Darbhanga Raj (in Bihar today)—a performance that led to her becoming a court musician for the rulers of the Maithil dynasty of zamindars in a region that divided India with Nepal. A bit later in her career, she was to famously round off her shows with the signature announcement: “My name is Gauhar Jaan.”

Proficient in music forms such as thumri, dadra, kajri, chaiti, bhajan and tarana besides kirtan and Rabindra Sangeet (alongside khayal), the vocalist sang also in languages such as Bengali, Hindustani, Gujarati, Tamil, Marathi, Arabic, Persian, Pushto, French, and English. All that apart, a legal case over family property she was dragged into during her mid-50s being spent in the Mysore palace of Krishna Raja Wadiyar IV (1884-1940) brought her health down.