The Parsi Woman On Sarod And Tamil Vocalist In Carnatic

Three years ago on this day, Hindustani classical lost a pioneering sarodiya, while December 20 is the birthday of a veteran Carnatic vocalist. A look at the lives of Zarin Sharma-Daruwala and Suguna Varadachari: 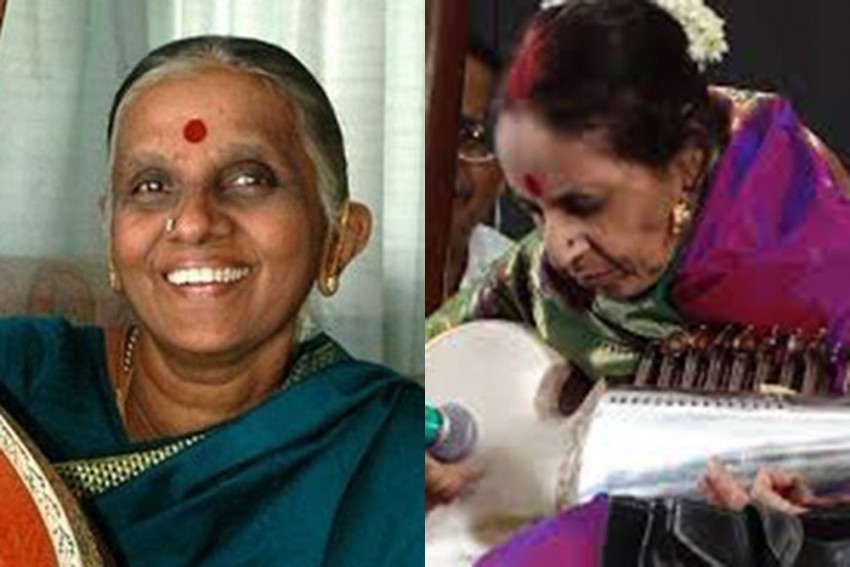 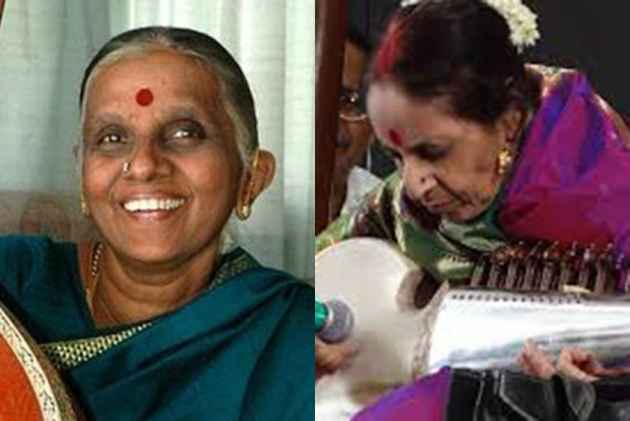 If Zarin Sharma-Daruwala were alive now, the sarod player would have been 71—a year younger to south Indian classical vocalist Suguna Varadachari, who celebrates her birthday today. The Mumbai-based Hindustani instrumentalist died in 2014 on December 20, which is the date of birth of the Carnatic musician from Tamil Nadu where she continues with her career more a teacher.

Zarin, on the other hand, had been known for her on-stage performances besides her trysts with the film studios in the tinsel city. She had been a pioneering female hand to play the sarod, a stringed instrument believed to have been an Indian adaptation of central Asia’s rabab. If its feature of having no frets makee many believe that sarod is tough to play, Zarin’s religion made her entry into north Indian classical look as someone all the more alien: ‘that Parsi girl’, as many referred to her initially.

Contrastingly, Suguna was very much an ‘insider’ for Carnatic. A native of Darapuram near Tirupur of the erstwhile Kongu Nadu region that was for long a seat Chera kings (who ruled till the 12th century), music lessons came to her as routinely as to most Brahmin girls of her times and place. Only that at the group classes, Suguna’s talent sounded particularly striking for her initial guru P.K. Rajagopala Iyer. The veteran disciple of iconic vocalist ‘Tiger’ Varadachariar (1876-1950) felt the need to groom Suguna, which kindled the interest of music in her even more.

While the Varadachariar style of singing was offbeat by Carnatic standards, Suguna went on to do her higher studies under masters among whom one titan was particularly slow and weighty in his rendition. For two-and-a-half years from 1967, her aesthetics were further moulded under Musiri Subramania Iyer. Interestingly, it was at afternoon hours she took classes under the maestro (1899-1975), who would teach a composition “again and again, till one attains perfection”, as Suguna recalls.

The class would begin at 2 p.m and go on till dusk, she tells a music writer. Along with the kriti, training will be given on neravals (where a line would be taken up for musical expansion) as well as ways to develop imagination in patterned rendition of solfas (swaraprastaram). It was a scholarship scheme under the central government’s culture ministry that enabled her to hone music skills—alongside contemporaries such as Mani Krishnaswami, Suguna Purushothaman and Padma Narayanswami. Otherwise, her academic lessons were mostly confined to Chennai’s Central College of Carnatic Music. Suguna also had the fortune to learn from musicologist Mudicondan Venkatarama Iyer (a ragam-tanam-pallavi expert, who died in 1975 at age 78) and, much later, from 1982, Calcutta K.S. Krishnamurthy (1921-99).

All such achievements would give the impression of Suguna having led a charmed life all along. That has been the case, going by her childhood experiences punctuated with tragedies. As a child, Suguna lost her father. The grandparents did chip in with help, while her mother—she had little interest in the arts—rented out a part of the house, while herself giving classes in tailoring.

Penury, though, didn’t haunt Zarin, whose early phase of life had, in fact, earned her the reputation of being a prodigy. She was only four when she began learning the harmonium, after elders noticed her flair in playing the instrument. (As for Suguna, she has also been a veena exponent.) Then, at age six, she stumbled upon a jugalbandi that made her obsessed with the sarod. The artiste of that evening was Ali Akbar Khan (1922-2009) who was seated alongside sitarist Ravi Shankar, also from the Maihar gharana (founded in its modern sense by all-rounder Baba Alauddin Khan). Zarin had the fortune later to be tutored under masters such as Haripada Ghosh V.G. Jog, besides, vocalists S.C.R. Bhat, Laxmanprasad Jaipurwale, S.N. Ratanjankar who she acknowledge as “important influences”.

Zarin was barely into her teens when she played for the title music for the 1960 movie Maasoom, though her steadier engagement with Bollywood began only by the middle of that decade. Her work in the studios also gifted the musician her future husband: sitarist Ashok Sharma.

Alongside Sharan Rani (1929–2008), the best-known woman sarod player, Zarin also gained a name in the instrument, which she, interestingly, said wasn’t “not particularly tough” to master (as the music world often portrayed it to be). Zarin did have her opinion on gender issues in Indian classical music, but (like Suguna) was largely uninterested in playing them up in open fora, according to scholars. Zarin had been a winner of the 1988 Sangeet Natak Akademi award (which Suguna also has got), while six years later the Maharashtra government conferred her with the state’s Gaurav Puraskar. In 2007, she was honoured by the DadasahebPhalkeAcademy’s award.

Down south in Chennai, as the Margazhi music season gains steam yet another time, Suguna isn’t a particularly busy performer in the circuit. Younger-generation students cherish the lessons they took under her—particularly at the University of Madras where she served for two decades from 1984. She has been a revered teacher even after that stint, till date. As Vidya Kalyanaraman, among the beneficiaries, puts it in a music website: “Suguna mami has been a pillar of support at every stage of my life since 2005. Be it guiding me through my concerts or personal life, she knows exactly what is best for me and what best can come out of me.”

Suguna, too, is a recipient of several honours, including the Sangita Kalajyoti (2007) by Suswaraa, Acharya Ratnakara at the 2011 Cleveland Tyagaraja Festival, Sangeet Pracharya (2014) by Mumbai’s famed Shanmukhananda Fine Arts and, most prestigiously, the Sangita Kalacharya (2011) by MadrasMusicAcademy.