What is this, Bloomspuri? Anita Roy asks the non-Dilliwala writers who have made this city their own 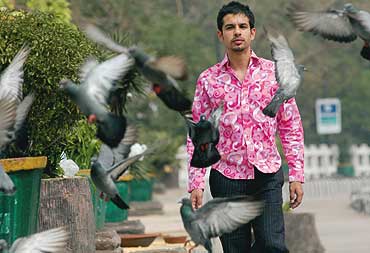 outlookindia.com
-0001-11-30T00:00:00+05:53
Sometimes it seems that you can’t swing a cat in Delhi without bumping into someone who’s written a book or is just about to. What is it about this city that attracts them? I set out to find out what some of those writers—the ones who write in English at least—think of the place.

For Jeet Thayil, New York was a poet’s dream: literally. "I had a dream —it’s stayed with me—in which someone said, ‘How can you be a poet and not live in New York?’ So I moved there. For six years. But I realised it was a dream, nothing more, when I ended up like so many others working at terrible jobs just to pay the bills."

Thayil has tried living in other places in India—Goa, Bangalore—but none of them quite worked. As for Mumbai, "it takes all your energy just to live there and maybe that’s why the city doesn’t have much of an intellectual life. Delhi, on the other hand, seems to value its writers, its thinkers and artists. It’s a city in which you can find your own level of complexity. There’s gravity and history here, if you’re looking." On the practical side, it means that his wife, an editor with Random House, assures them of at least one steady income. 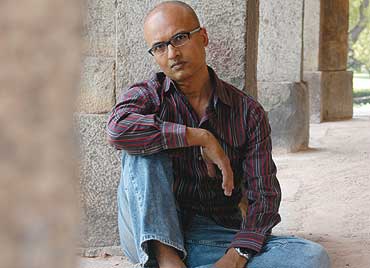 Would he ever think of moving back to America? "In six years in the US, I managed to publish one book of poems, English (Penguin/Rattapallax, 2004). In a year-and-a-half in India, I’ve completed two books, and will finish my first prose book by the end of the year. I would be insane to go back."

Novelist Rana Dasgupta always visited Kolkata when he and his family came to India, since that’s where his father’s family is from. But having lived in London and New York, he decided to live in what was for him a more ‘neutral’ place, without the comforts and the frustrations of family networks.

"When I arrived here in December 2002, my initial reaction was one of complete terror. I remember taking an auto from Patparganj to CP and thinking what the hell am I doing here? It was a moonscape—the whole place seemed like one big construction site, and I was sitting in the auto, sweating, not with heat but with the decision to come and live here. And at that point I was only planning to stay for six months or so."

Over four years, and one highly acclaimed novel later, Dasgupta feels his work—and his life—is considerably enriched by the experience. "Tokyo Cancelled would have been a much poorer book had it not been written here. There is a kind of ethic of sharing one’s work which seems specific to this place, and a community of filmmakers, artists, and writers, who have a sense of engagement with each other. If I’d written the book in New York, it would have been a much more solitary and sterile experience."

For Dasgupta, living in Delhi is stimulating because of its openness to new ideas, different perspectives. "Here you are constantly coming up against people in every walk of life who are imagining what the future might look like. Every possible political debate, from Maoism to neo-liberal capitalism, is alive in the political sphere—and that is simply not the case in the West."

On the negative side, he senses a lack of a ‘counter-culture’—unlike in China, for example, where "one of the legacies of both the Communist Revolution and the anti-communist movement has been a sense that culture should have some kind of revolutionary force." With a few exceptions, that radical edge is missing here.

For Dasgupta, the streets are full of not just people but also their stories: "People’s aggression, their intimacy, their affection, their tragedy... it can be very overpowering for a newcomer. But when I return to Europe, I miss that stream of life bombarding you."

Being out there on the streets is something that young women in Delhi often feel less than excited about. First-time author Payal Dhar would do anything to move away. "I feel unsafe here—on the streets, in certain situations, even in my own home, and that’s something that has not improved. On the contrary, it just seems to be getting worse." 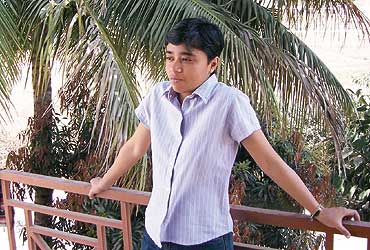 Having lived in a variety of places—Hyderabad, Calcutta, Patna— she finally moved here in her early teens, and has been battling with the place ever since. "In the mid-nineties, when I started out as a freelance writer, it would have been very difficult to be anywhere else. Connectivity was bad, and the internet was only just coming in. Now of course it’s very different, and I do very much want to move... There’s an assumption here that if you wear certain clothes, or go to certain places, then you’re asking for it."

But, she concedes, perhaps her negative feelings about the city have had a positive side-effect. Perhaps if she lived somewhere that she liked and felt comfortable in, she would never have had the creative impetus to dream up an entire alternate reality to inhabit in her head. "If I could chose anywhere to live, I’d live in the Eternal City (where much of the action of her fantasy novel for young adults, A Shadow in Eternity, takes place). Apart from anything, it would be so nice to be able to look out of the window and not see a concrete jungle."

Concrete jungles can have their advantages, as Dr Giles Tillotson discovered when he moved to Gurgaon two years back to escape the burden of teaching and administration that his job at London University entailed, and spend his time writing books about the places that he loves and is fascinated by: "The place has a fantastically rich architectural heritage."
Gurgaon, as far as Tillotson is concerned, suits him perfectly. "It’s important to have long stretches of time when there’s really nothing happening but the writing. Gurgaon is ideal—close enough to the city to be part of its cultural life, but far enough out not to be overwhelmed by it. I’m also a great enthusiast of National Highway 8. It goes past the end of our road, straight to Jaipur, Ajmer and all those other wonderful places."

For an author who has eight books to his credit, including two on Jaipur alone—Building Jaipur: The Making of an Indian City (co-authored with his wife Vibhuti Sachdev), and Jaipur Nama: Tales from the Pink City—being literally down the road from the sites and sounds that form the substance of his writing makes living here a necessary pleasure. 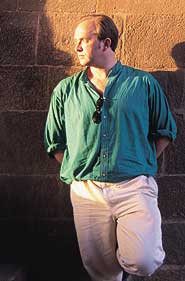 Living in Delhi—or at least a farmhouse on the outskirts—may not be necessary but it’s certainly a pleasure for William Dalrymple, who made his name as a writer in 1993 with what is still one of the most popular books on the place, City of Djinns. "The official reason is that I needed to live here in order to write my new book—The Last Mughal, about Bahadur Shah Zafar—but in truth, I could have done that living in London and just making trips here. The real reason is that it’s a place that I’ve always enjoyed. There’s something special about living in a place where history is so alive to you."

During the hottest months, Dalrymple heads west to catch up on the literary scene of which he is so much a part. "London and New York really are the two places in the world which have the buzz of an über-literary culture. You can go to a party and meet 50 writers that you really, really admire. At the Samuel Johnson Prize, you’ll be in the same room as historians like Simon Schama and Anthony Beevor, and travel writers like Colin Thubron and Eric Newby. Of course, you don’t need this in order to be a writer—but it’s very gratifying and stimulating to be a part of. On the other hand, a couple of weeks of this in the summer is all I need to get me through the rest of the year."

Dalrymple believes that, "Delhi is a beautiful and interesting city and one of the greatest sites for mediaeval architecture in the world. The Qutb Minar, Nizamuddin dargah on a Thursday night: these are the things that I live for. It’s an amazingly stimulating place to work. I’ve spent the last 20 years exploring it extensively and intensively, and writing about it, but it’s still full of surprises." So saying, he’s off to visit an old Armenian graveyard in Kishan Ganj, a spring in his step and his pen at the ready.

Dalrymple clearly feels that there should be some connection between where you live and what you write about. But for Ruchir Joshi, the equation is more complex. "What I like about Delhi is the level at which I’m not connected with it. I didn’t grow up or go to college here, so in a way it’s like a blank canvas, or a sort of neutral background hum which you can then build on. Mumbai and Kolkata get in my head, even London does—but mostly Delhi leaves me free to write about other places with some intensity." Having said that, though, his critically acclaimed first novel, Last Jet-Engine Laugh, is very much a ‘Delhi-book’ and was written here; and he’s on the verge of moving temporarily to Calcutta in order to finish his second book, which is set in Calcutta during the Second World War. 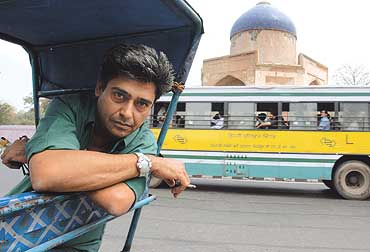 Like Dasgupta, Joshi appreciates the community of like-minded writers, filmmakers and artists who inhabit the city. "Unlike Kolkata, say, where lots of writers are basically writing for pleasure or their own satisfaction, writers here are somehow more ambitious and focused." There’s also a refreshing absence of heavy literary tradition—"Delhi doesn’t have that huge weight of tradition: Tagore for writers, or Ray and Ghatak for filmmakers. At least in terms of contemporary English literature, and leaving aside Nirmal Verma and the great Urdu writers, it’s ‘clean’ in that sense: you can get on with your own writing."

The reasons for Nepali writer Manjushree Thapa’s move to Delhi in 2005 were overwhelmingly practical rather than creative: "After King Gyandendra’s military coup, in February of that year, all the phone and email lines, television channels and newspapers were clamped down upon. There seemed to be no way to speak out against the coup by remaining in Kathmandu. For Nepalis, India is the most obvious place to go to, as there is no visa required, and the flight from Kathmandu is cheap and fast. I left on February 6 so that I could write freely against the coup."

Until that point, she had been intrigued by Delhi’s literary buzz. "But once I got here, I was so caught up in the Nepali exile community that I had no time at all to find out if there was such a thing or not. I spent most of my time here writing about Nepal (her powerful elegy Forget Kathmandu was published that year) and there was so much Nepali democratic activism scattered through the city, sometimes I felt that during the summer of 2005, I’d never left Kathmandu at all."

For Thapa, the most surprising thing about Delhi’s literary scene was the "stylistic and thematic divergence between India’s English and its regional language literatures". As she says, "In Nepal we don’t have great language divides: you may write in English, but you can’t be divorced from the national languages, as you can here. The English literature scene in Delhi is very small, and very upper crust." Dividing her life now between India, Europe and the US, her most fervent wish is to be able to live in a democratic Nepal.

Can You Keep a Secret?