Sports 'The New-Look Side Was A Revelation'

'The New-Look Side Was A Revelation'

'The Indians certainly looked a unit which would take some beating when on song.' 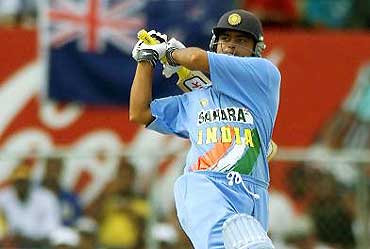 It was a new-look Indian team we squared up to at Kensington Oval on Wednesday.

Having played five Tests together in two months you would think you know a thing or two about the opposition. But we were in for a big, big surprise.

Dinesh Mongia, the man of the match, is an obvious reference point. He has been on tour for the last two months and we didn't have a chance to look at him. But he must have used this period well and practiced on our wickets for long periods.

He looked an extremely capable batsman. He could lift the ball, drive it on both sides of the wicket and also make delicate cuts when required. He is an asset to your one-day side.

The same goes for Virender Sehwag who partnered Saurav  Ganguly at the start of the Indian innings and the two together looked a good unit. It certainly looked a unit which would take some beating when on song.

Both Sehwag and Ganguly can change gears at will. The fact the two can lift in the air is a big plus because you need such openers to take advantage of field restrictions in the first 15 overs.

Tinu Yohannan was the first surprise Indian served to us. He had played in a side game at St. Lucia but I didn't have chance to look at him. He did pick up three wickets but it was late in the day after Wavell Hinds had rammed into the Indians.

But here he was a bowler rediscovered as he bowled a good line and length and that too at a decent pace. He looks a good competitor. We still have two more one-day games and we would see how he stands up to the pressure when we get on top.

I would also not miss out on Yuvraj Singh and Mohammad Kaif. Yuvraj is a big plus he is not only a good fielder but he has got an accurate arm too. So we have got to be careful about him in future. He could be the Jonty Rhodes of the Indian team.

Also, the way Kaif fielded, highlighted by that catch of Brian Lara, the fielding standards of Indians were lifted beyond compare. They all looked fit and spirited on the field.

I think it makes a very healthy change to the Indian side. I wish I could say the same thing about us and the
youngsters who got a game today.

We are looking to build a nucleus as everyone else is in this season of the World Cup but we didn't take much from the day's game. I was rather disappointed with our show simply because I thought after the break we would come very, very strong at the Indians.

I would have believed we would try to take on the Indians early. But we just caved in and gave the game to them. We were sort of walking around the park.

It was interesting to see Sachin Tendulkar come at number four in the batting order today. I guess India has probably  got it right for themselves.

If you are going to bat first, it is better he opens because you want him to maximise the overs he faces. If you are going to chase, I suppose he can pace the innings better. He has the ability to get into extra high gear if need be so it is good to have somebody like him batting at number four because he can play a pivotal role.

Whether this match was an aberration or whether India is going to stick to this routine in coming matches leading up to the World Cup, we would find out in the next two games in Trinidad.

He is yet to fire. It could be probably he is going through a bad trot. We have got still two more games against the Indians. Then there are five matches against the New Zealand, followed by two Tests.

I am just hoping he would come good for us. I am keeping my fingers crossed. We would need him because he would also lend depth to our batting line-up.