A muscular foreign policy, Narendra Modi seems to have concluded, can only follow when economic strength can be translated into political and military muscle. 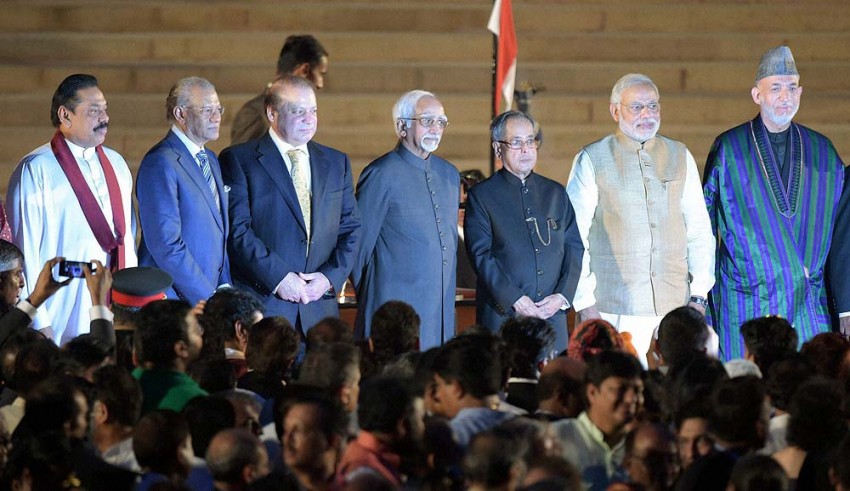 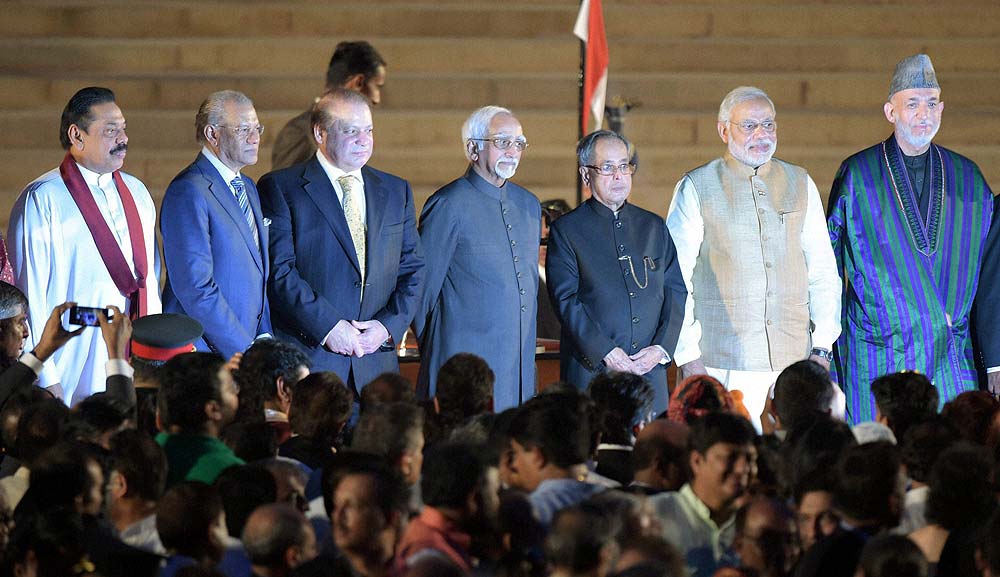 Foreign policy expert Leslie Gelb argued in 2010 that “GDP now matters more than force.” Early indications from India’s new government suggest that Prime Minister Narendra Modi agrees. The Bharatiya Janata Party’s decisive win in India’s national elections has infused new energy and spirit into discussions of India’s future—especially economic. As many have noted, Modi’s priorities appear focused foremost on a pragmatic growth strategy to get the Indian economy back on track. To achieve that he has indicated that international economics will acquire greater prominence in Indian foreign policy. A muscular foreign policy, Modi seems to have concluded, can only follow when economic strength can be translated into political and military muscle.

Thus, contrary to earlier speculation about his Look East policy, he has been looking at the neighborhood to strengthen India’s economy and by the same token reduce China’s appeal to these countries. As Modi pursues a trade-and-investment-led agenda, his approach has the potential to enhance India’s influence through its markets, using economic leverage to more fully realize itself as a powerful regional engine while benefiting its economy at the same time.

Modi has already surprised the world with his unprecedented inauguration outreach to all seven heads of government from the South Asian Association of Regional Cooperation countries, plus the Mauritius Indian Ocean neighborhood. Within South Asia, economics plays an enormous role in some of New Delhi’s most important relationships—the border with Nepal is fully open; India has a free trade agreement in place with Sri Lanka and an agreement with Maldives; and three years ago India offered duty-free trade concessions to all SAARC least developed countries like Afghanistan, Bangladesh, Nepal and Bhutan. Cementing strong economic ties among the SAARC countries has a ways to go—regional trade is under 2 percent of regional GDP, contrasted with East Asia’s 20 percent—and the Modi government now has the chance to double down on the effort. Given that over the years Delhi’s rival Beijing has developed close economic ties with India’s neighbors, becoming an increasingly important foreign investor as well as provider of infrastructure loans to countries across South Asia, building closer integration with these countries serves as a geopolitical objective.

So it is fitting, albeit unexpected, that his first visit abroad would be to Bhutan, as the Government of India just announced. Bhutan has a particularly close relationship with India, relying on New Delhi exclusively until recently for foreign policy guidance and defense. India is overwhelmingly Bhutan’s major trading partner, especially for electricity generated from hydropower resources. India has assisted with three completed hydropower projects, 10 more are under agreement, and three of those are currently under construction. India and Bhutan have a trade and commerce agreement dating back to 1972, renewed for another 10 years in 2006, and India is also Bhutan’s leading development partner. Of course, India is also closely watching China’s border talks with Bhutan and China’s recent efforts to establish stronger ties with Thimphu.

Nepal, the current host for the SAARC meeting slated for November, has similar potential to benefit from India’s large market and Nepal’s own hydropower potential, something long discussed but unrealized due to a decade-plus of political instability. Now that Nepal has a government in place after a year and a half of drift, it can more proactively pursue its ties with India, and press reports indicate that Modi has indicated readiness to visit Nepal in November. With the Nepali Congress back in power in Kathmandu, relations with New Delhi should be smoother than during periods of Maoist rule—and it is certainly the case that the Modi government will see strong cultural linkages with Nepal, a Hindu kingdom until 2006 and now a majority-Hindu democratic republic. As with Bhutan, India is Nepal’s largest trading partner, source of transit and source of investment. But Nepal has long thought of itself as a “yam between two boulders,” squashed between giant India and China on either side. In recent years, as Human Rights Watch has documented, Nepal has come under more intensive pressure from China to restrict Tibetan refugee activities, changing the dynamic of Nepal’s traditional role as a safe haven.

Looking to the east, trade and regional connectivity with Bangladesh, a country of 155 million people, promise some of the greatest rewards should the Modi government surmount domestic objections that have delayed realization of a river-water sharing agreement across West Bengal and Bangladesh, and the finalization of land borders that would at last regularize the patchy enclaves that demarcate the border. An Indian gesture to provide a $1 billion credit line to Bangladesh in 2011 has been challenging for Bangladesh to utilize due to reported procurement requirements, so finding a way to make that work would help facilitate ties. Strengthening ties with Bangaldesh would help Dhaka in fighting Islamist extremism that threatens India and would curb China’s appeal. The most enticing opening would be stronger infrastructure connectivity to help link India’s northeastern states through Bangladesh and to develop more intensive linkages. Only about 20 kilometers remain without rail linkages, and an agreement signed last year between both countries should result in tracks laid from Agartala in Tripura, India, to Akhaura in Bangladesh. That link, coupled with the existing rail line between Dhaka and Kolkata, the Maitree Express, would substantially increase the ability for India to have transshipment access to its northeast along major routes—current access is through a tiny swath of land called the “chicken neck”—and would develop regional economic connectivity throughout the Indo-Pacific Economic Corridor.

It’s in Pakistan where Modi faces the greatest challenges with a trade-led regional policy, but one that could deliver huge regional transformation if realized. Trade has been at the leading edge of India-Pakistan normalization, but the ball is in Pakistan’s court at this point to reciprocate and offer India “non-discriminatory market access,” otherwise known as “most favored nation” status under World Trade Organization rules, which India accorded to Pakistan in 1996. Estimates of trade volume that could result from Indo-Pakistan trade normalization run as high as $40 billion, up from $3 billion. Pakistan has been close to making this policy shift at least twice in the past two years, but as recently as April again declined. While this drama plays out internally in Pakistan, Modi has strategically sidestepped the matter, suggesting in his conversation with Pakistani Prime Minister Nawaz Sharif in New Delhi that India and Pakistan could “fight against poverty” together.

Should India and Pakistan finally overcome their barriers to trade, Pakistan could truly serve as a trade corridor linking Afghanistan and Central Asia to India’s huge market and vice versa—part of the New Silk Road vision better linking Afghanistan to its region. At present, and even through non-contiguous access provided via Iran, India is the fifth largest bilateral donor to Afghanistan. Its private companies have invested in mining consortia, led trade delegations, and provided infrastructure support as well as connectivity among regional chambers of commerce. With eased trade between India and Pakistan, and transit access linking India to Afghanistan via the Pakistan landroute, increased economic opportunities could result for all.

The Modi doctrine will soon fully reveal itself. Advance speculation about Modi’s regional priorities had conjectured he would prioritize East Asia—particularly Japan and China, which he had visited as Gujarat chief minister—among his first foreign visits. Instead, he’s first looking to consolidate India’s ties throughout South Asia. It’s a strategic bet: The World Bank has called South Asia one of the “least integrated” regions of the world. But that just means there’s everything to gain.

Alyssa Ayres is senior fellow for India, Pakistan, and South Asia at the Council on Foreign Relations, based in Washington, DC. She served most recently as deputy assistant secretary of state for South Asia during 2010 to 2013, covering all issues across a dynamic region of 1.3 billion people (India, Bangladesh, Sri Lanka, Nepal, Maldives, and Bhutan) and providing policy direction and support for four US embassies and four consulates.